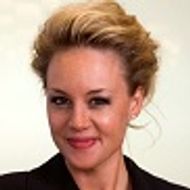 A recent Third Circuit Court of Appeals opinion provides some much-needed clarity surrounding disgorgement of profits and laches defences in trademark infringement cases. In Kars 4 Kids Inc v America Can! (8 F 4th 209 (3d Cir 2021), the court vacated a $10.6 million dollar award against Kars 4 Kids Inc stemming from its infringement of America Can! Cars for Kids’s trademark and remanded the case back to the district court for further consideration.

Almost 10 years later, America Can sent another letter to Kars 4 Kids after it learned of continued use of the trademark. In the following years, the parties sued each other in the US District Court for the District of New Jersey under claims of federal and state trademark infringement, unfair competition, and trademark dilution, and sought monetary and equitable relief. In addition, America Can requested the cancellation of one of Kars 4 Kids federal trademark registrations by claiming that it had been fraudulently obtained.

The jury found in favour of America Can by stating that it had protectable state and common law trademark rights and that Kars 4 Kids wilfully infringed those rights within Texas. However, the jury was not persuaded by the arguments regarding the cancellation of Kars 4 Kids trademark.

The district court then considered available equitable and monetary relief for America Can, ultimately finding against Kars 4 Kids’ laches defence, despite the 10-year gap (2003 to 2013) between the cease-and-desist letters sent by America Can. As America Can claimed that it was unaware of any Texas advertising by Kars 4 Kids between 2004 and 2011, the district court ordered Kars 4 Kids to disgorge all profits made from its Texas sales, minus advertising and overhead expenses – which amounted to approximately $10.6 million. This amount did not include America Can’s requests for enhanced monetary relief or pre-judgment interest.

On appeal, the Third Circuit Court of Appeals reviewed the district court’s order with regard to Kars 4 Kids’ laches defence, the proper analysis for a disgorgement of profits award, and America Can’s claims for enhanced monetary relief and pre-judgment interest.

The Third Circuit determined that the district court did not use the correct test to determine whether a laches defence should apply to a claim. Under Third Circuit precedent, the court is to consider:

While the district court considered the correct elements, the Third Circuit found that its limitation of these elements to Texas alone was improper given Kars 4 Kids’ nationwide use of its trademark. In its ruling, the Third Circuit remanded the laches defence claim back to the district court to consider whether America Can should have filed suit sooner under a reasonableness standard and whether that had an impact on prejudice to Kars 4 Kids.

The Third Circuit also found that the district court used an improper analysis for the disgorgement of profits award. The proper test requires the weighing of the Banjo Buddies factors:

As the district court considered only the second factor, the Third Circuit remanded with instructions to consider all six factors.

The Third Circuit found that the district court acted within its discretion when declining enhanced monetary relief requested by America Can. While Section 1117(a) of the Lanham Act (15 US Code) authorises discretion for these types of awards, America Can’s arguments stated only punitive reasons that an enhanced monetary award was appropriate as Kars 4 Kids did not obtain its trademark registration through fraud and only could have wilfully infringed in one state, Texas. Further, the Court of Appeals affirmed the district court’s ruling that Section 1117(a) does not award pre-judgment interest and that America Can’s claim under state law was also improper.