The sugarloaf pineapple: GIs as a development tool in action 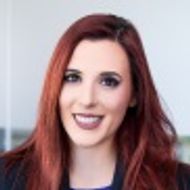 The west African nation of Benin has registered its first protected geographical indication at the African Intellectual Property Organisation on 28 October.  The honour goes to the sugarloaf pineapple from the Allada Plateau, which has juicy and sweet white flesh, and the distinction of remaining green when fully ripe.

According to the Pan-African Geographical Indications Information Hub website, this registration is the result of several years of collaboration between the government of Benin, industry stakeholders, the European Union (providing technical and financial support) and the French Development Agency (through the Private Sector Stakeholder Support Project) – with additional guidance from the Food and Agriculture Organisation of the United Nations.

The government of Benin is investing in the transformation of its agricultural sector, following an approach that combines the territorial and value chains in homogeneous areas or poles of agricultural development to value its local potential. The government has paid special attention to the development of value chains with high value-added potential, such as the pineapple industry – pineapples are one of the main crops with export potential after cotton and cashew nuts.

The sustainable development of production, efficiency and competitiveness of the pineapple industry has been promoted by a government programme since 2016. The fruit is grown mainly in the southern and central regions of the country, and 83% of the national production is concentrated around the Allada Plateau in the Atlantic Department.

The European Commission published a report on Pineapple Value Chain Analysis in Benin, which stated that the cooperation contributes both to fostering a favourable environment for value-chain development, and to promoting efficient business models that generate sustainable and inclusive value for the actors involved.

Additionally, it is intended to encourage the establishment of agricultural and industrial clusters and to make the agricultural sector, which employs around 70% of the working population in Benin, a lever for economic development. New areas of production are also progressively emerging.

The strategy recognises the limitations of international protection of Geographical Indications, and is implementing convergent rules and practices at a continental level. This change will certainly encourage trade and improve the positioning of African products on regional, continental and international markets.

This first certification for Benin is of utmost importance since a Protected Geographical Indication signifies the quality and authenticity of a product, which has qualities that are specific to a geographical region. This incentivises producers to preserve local knowledge and techniques, and ultimately protects the product.

With this certification, Benin gains an international recognition of one of its main agricultural products.  The country’s entire agricultural sector stands to benefit from the reputational and marketing advantages of the Protect Geographical Indication, which will bring increased revenue for producers.

“It is a very long process, but Geographical Indications represent a real tool for development and, if they are successful, they can bring value to the whole food value chain, including smallholders,” refers Sibylle Slattery, project coordinator in the Food and Nutrition division at the Food and Agriculture Organisation of the United Nations.

Furthermore, the protection of Geographical Indications could help preserve and promote Africa’s rich agricultural tradition, creating a legal framework based on intellectual property and at the same time contributing to rural development in African countries, since these traditional products might disappear without the added boost given by this form of protection.