The growth of trademarks in Angola 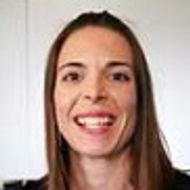 Angola is one of many countries that recognises IP rights as an important contribution to a country’s social and economic development. It is a member of WIPO and adopted the Paris Convention for the Protection of Industrial Property. Further, Law 3/92 (published in the Official Gazette (9) on 28 February 1992) was the first piece of specific IP legislation in the country.

The following registration process for a trademark in Angola is simple and similar to procedures in many other jurisdictions:

What the data reveals

The authors examined data from WIPO to see the impact and the development of intellectual property in Angola. Figures show that – with the exception of the period from 2015 to 2017 – the number of trademark registrations has grown continuously since 1991.

Next, the countries that are filing the most marks in Angola are as follows:

On the other hand, the countries in which Angolan applicants are registering trademarks are as follows:

The most popular classes of product of the trademarks filed in Angola are as follows:

WIPO has not yet released its data for 2019. Despite this, it is possible to take a look at the Industrial Property Bulletin and analyse the information available in order to identify several shifts.

First, the nations that are registering the highest number of marks in Angola has changed slightly. The United States continues to be in first place, followed by China and Portugal. However, the United Kingdom now takes fourth place.

Second, figures show that Class 35 (advertising, business management, administration and office functions) was the most popular, followed by Classes 3 (non-medicated cosmetics, toiletry preparations and dentifrices, perfumery, essential oils, bleaching preparations and other substances for laundry use), 33 (alcoholic beverages and alcoholic preparations for making beverages) and 30 (food products of vegetable origin prepared for consumption or conservation).

The increase in the number of trademarks filed proves the interest of both national and international applicants in this country. This data not only proves growth, but also shows that Angola is actively investing in industrial property.

IP matters, which include trademark registrations, reflect a country’s performance. Working on and investing in industrial property can be a crucial factor for a company’s success,  it apart from its competitors as well as promoting and creating new business opportunities.