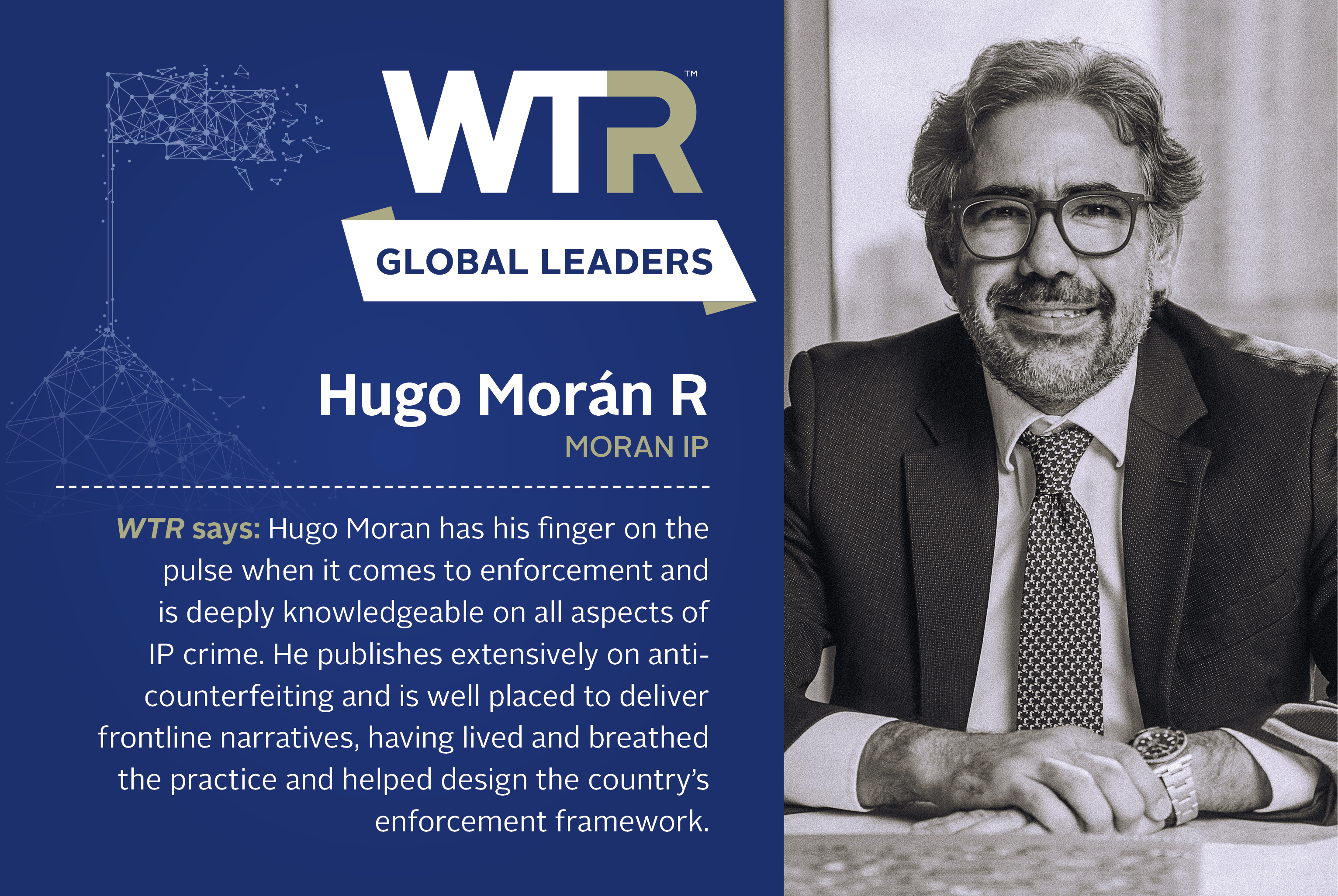 What led you to a career in intellectual property and what advice would you offer anyone considering a similar route?

I was an IP assistant for many years. At the time, Panama was transitioning to a democratic system and there were numerous ongoing money laundering investigations. Although my graduate work focused on money laundering, my legal practice specialised in providing advice on all aspects of intellectual property. This area is constantly evolving. For law students and new lawyers (and my daughter, Ana Victoria, who is a senior) if you are committed to studying intensively, I strongly encourage you to specialise in IP law. This area of practice is deeply satisfying.

How can brand owners work effectively with Customs to clamp down on counterfeiting?

Panamanian ports receive an estimated 7 million shipping containers per year. Of these, 80% are in transit, destined for other Latin American countries. Panamanian law allows the retention of merchandise in transit where this could infringe IP rights. While it can be challenging to identify suspicious containers, I am a true believer in knowledge sharing. For this reason, the exchange of intelligence and training by IP owners has become an effective strategy in the fight against illicit trade and counterfeiting. It is the only way to ensure that Customs has the tools that it needs to carry out effective border measures. In addition, public-private alliances are a priority when it comes to anti-counterfeiting.

What are the biggest enforcement challenges facing rights holders in Panama and how can these be overcome?

Customs has a clear understanding of the role that Panama plays as the main transit country in Latin America and is aware of the importance of IP protection and enforcement. Perhaps the biggest challenges that we experience as a country are at the judicial level. There is no clear understanding of the links between transnational organised crime and counterfeiting, contraband and other sensitive crimes (eg, money laundering). Fortunately, the mature, positive environment that prevails in my country allows us to discuss these issues.

What can other countries learn from Panama’s anti-counterfeiting regime and procedures?

Panama was the first country in Latin America to adopt border measures and customs recordal law, granting Customs the power to seize goods in transit in May 1996. Today, the illicit trade in counterfeits is transnational and the exchange of information is necessary to implement an effective policy to combat it. Panama understands that the only way to encourage and defend its logistics platform is by encouraging legal trade, which is achieved by attacking illegal trade.

If you could make one change to the global IP enforcement landscape, what would it be and why?

For 22 months I collaborated with a think tank that specialised in IP rights and illicit trade to draft the Model Law to Combat Illicit Trade and Organised Transnational Crime. This was presented before the Latin American and Caribbean Parliament (Parlatino) as a private sector initiative by Crime Stoppers Panama, for which I act as secretary. I am proud of the team’s amazing work.

The model law was approved on 18 February 2021 and contains key definitions and principles in 34 articles, covering the main administrative and criminal violations. It also sets out the transparency principles in the value chain, including e-commerce. The law is designed to promote international cooperation, multidisciplinary work among law enforcement agencies, due diligence and know your client, and the importance of public-private partnerships in the fight against illicit trade and transnational crime.

The harmonisation of laws to combat counterfeiting and illicit trade is of great importance in our region and this model law, which can be found on the Parlatino website, was inspired by that conviction.

Hugo Morán R is a partner at MORAN IP, an IP law firm boutique that specialises in brand protection and anti-counterfeiting in Panama and Latin America. He is a member of the Bar Association, INTA, the International Anticounterfeiting Coalition and the International Association for the Protection of Intellectual Property. In 2019 Mr Moran R was appointed secretary of Crime Stoppers Panama. As part of his contribution to establishing key regulations, he has been involved in initiatives regarding anti-counterfeiting, illicit trade and IP matters. Mr Moran R recently contributed to drafting the Latin American and Caribbean Parliament Model Law to Combat the Illicit Trade and Transnational Organised Crime, approved in February 2021.