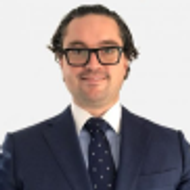 The question of whether and how social media influencer posts relating to third-party products should be classified as advertising has been widely discussed, with an alarming lack of consistency among lower-court decisions. The Ministry of Justice sought to clarify this dilemma by amending the Unfair Competition Act, namely to make the relevant provisions applicable depending whether the advertising has been paid for or not, however, these amendments will only come into force in May 2022. In the meantime, some decisions issued by the Federal Supreme Court (BGH) aim to provide some guidance.

The BGH recently handed down three parallel decisions in cases stemming from the appeals courts of Braunschweig (I ZR 90/20), Hamburg (I ZR 125/20) and Munich (I ZR 126/20). In all three proceedings, a German competition association (the Association of Social Competition) had sued prominent female German influencers Leonie Hanne, Cathy Hummels and Luisa-Maxime Huss for misleading advertising. Each of the influencers own a verified Instagram account with a with a large following and frequent posts.

All of the influencers used so called ‘tap tags’ (ie, markers in Instagram posts that only become visible when users tap on them) to display the manufacturers of the depicted goods. In all three proceedings, the plaintiff accused the respective defendants of unlawful surreptitious/misleading advertising and asserted claims for injunctive relief and reimbursement of costs.

Two of the three cases (I ZR 125/20 and I ZR 126/20) involved such posts for which the influencers had received no financial incentives from the producers or marketers of the advertised products. In these cases, the plaintiff’s claims had been rejected by the respective appeals courts. In the third case (I ZR 90/20), the influencer had been paid for her post, and the plaintiff’s claims had initially been accepted.

Upon appeal of the underlying parties, the BGH confirmed all three district court decisions, and sought to bring more clarity to the ongoing discussions triggered by inconsistencies between German telemedia law and misleading advertising law. The guidance provided can be summarised as follows.

An influencer who offers goods and services, and promotes these via social media (eg, Instagram) regularly acts inter alia for the benefit of the company with advertising posts. If consideration is received for such posts, the influencer acts for the benefit of the advertised company. In this case, the lack of indication of the advertising character is considered misleading under German law.

On the other hand, if no financial incentive (whether a free product or a financial contribution) is received by the advertising influencer, a social media post is only open to attack if, and to the extent that, it is excessively promotional in its overall impression (ie, if the promotion of the third-party business is more than merely collateral). To determine whether such so-called ‘advertising surplus’ exists, a comprehensive case-by-case assessment is required, taking into account all circumstances of the individual advertising, including the interplay of the specific design of the social media post in question (eg, posted product photos, editorial context, linking to websites of third-party companies).

In the cases at hand, the use of tap tags to designate the manufacturers of the depicted goods does not necessarily result in an advertising surplus. This can be assumed in cases of linking to a website of the manufacturer of the shown product, even if the linked to page does not directly offer purchase of the products. This is because the link per se already regularly causes the consumer to make a commercial decision that would not have been made otherwise, namely to click on the advertised link.

The BGH decisions are trend setting and will likely remain applicable even after the amendments to the Unfair Competition Act comes into force in May 2022. The question of whether advertising influencers receive financial incentives for their contributions will be the decisive factor for future assessment of advertising by social media influencers. However, cases of an advertising surplus or insufficient reference to the commercial purpose of an advertising post are probable. Therefore, to minimise liability risks, it is highly recommended that companies collaborating with influencers review the contractual basis for agreements, as these should clearly obligate advertising vehicles to comply with, or ensure compliance with, the applicable advertising provisions.