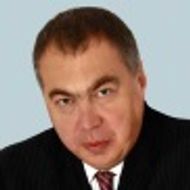 After a long court battle, Kubik LLC has succeeded in its attempt to register the МЕТРОПОЛИС and METROPOLIS marks and to have an earlier trademark registration terminated for non-use.

Kubik LLC filed its application to register МЕТРОПОЛИС and METROPOLIS for services in Nice Classes 39 and 41, among others, before the Russia Patent and Trademark Office. However, Metropolis LLC objected on the basis of its registration of a similar trademark in similar classes.

Upon examination of Metropolis’s actions, Kubik filed a claim for early termination of its mark due to non-use. In filing this, it confirmed its own intention to use the mark.

The court made a decision to partially satisfy the claims and ordered the early termination of Metropolis’s mark for services in Class 36 due to non-use.

Metropolis appealed the first-instance court decision and filed a cassation petition, insisting that the court’s findings did not conform to the circumstances of the case and to the available proof. Kubik raised the following points in its reply to this:

The Court of Cassation agreed with Kubik with regard to of Metropolis’s arguments being inapplicable. The IP Court Presidium then went onto uphold the decision of the first-instance court.