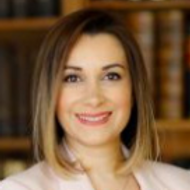 Moral compensation, regulated under the Turkish Law of Obligations, aims to deter and punish tortious acts and offers a form of relief for the parties affected.

Under Turkish law, the judge determines (within limits) the amount of compensation. When deciding this, the judge should act in accordance with the principles of equity and justice by considering the specifics of:

In addition, the public should accept the amount of damages and should not cause any unjustified enrichment for the party seeking compensation.

The Supreme Court Assembly of Civil Chambers (SCACC) recently issued a decision, which exemplified its opinion on this issue. Here, the court overturned a decision of the first-instance court on the grounds that the amount of moral compensation awarded was insufficient.

The AUTOMOBILI LAMBORGHINI logo mark with a “bull figure inside of a triangle-like shield" is registered and used by Automobili Lamborghini SpA for textile goods and cars. The SCACC stated that the figure, which is part of Lamborghini’s registered trademark, was used to promote the defendant's products online and was included in text at the entrance of its textile factory. Further, the bull figure appeared on hundreds of labels on parcels, boxes, bags and clothes in the factory. Moreover, these actions were continuous. Finally, the court found that the bull figure in Lamborghini’s mark has the quality of an artistic work and is known worldwide.

The court decided that the amount of moral compensation granted by the first-instance court – TL5,000 (about €1,662 at the time of the decision of the court of first instance) – was insufficient.

Although the SCACC decision can still be challenged by the defendant through a request for review, the ruling may provide a new perspective on decisions with regard to moral damages and may set a precedent for a reasonable increase in the amount of compensation to be awarded to rights holders.