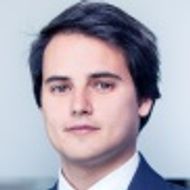 The Somalia Trademarks Office resumed its operations at the end of 2019, when Ministerial Decree 1/2019 was issued by the Ministry of Commerce and Industry, stipulating that trademark registrations are once again possible in this former Italian colony and British Protectorate.

Following the overthrow of President Siad Barre in 1991, Somalia entered into civil war and the northwestern region declared its independence, becoming the Republic of Somaliland. In the following years several attempts to restore a central government in Somalia failed, with powers shifting from local administrations to warlords and business and religious leaders. In 2006 the Transitional Federal Government gained control of zones that had been in the hands of the Islamic Courts Union. Only in 2012 was there sufficient stability to establish democratic institutions. In August 2019 a provisional constitution was passed and the Federal Government of Somalia was constituted. Since then the country has been trying to re-establish several institutions, which culminated, with regard to IP rights, in the decree that resumed operations at the Trademarks Office in late 2019.

Trademark registrations did not exist in Somalia for 28 years. In more recent years a solution for protecting trademarks was adopted in the form of cautionary notices. These were advertisements in a local newspaper, preferably a leading one, in which a specific entity described an IP asset and claimed ownership of it. The aim was to acquire sufficient public recognition of ownership. This is a standard proceeding in many jurisdictions where IP rights are not provided by law or specific means to acquire such rights are not determined.

Thanks to the decree it is now possible to file trademark applications at the Trademarks Office, which was established under the Ministry of Commerce and Industry. However, the decree does not provide much more detail than the fees for trademark registration ($1,000) –  it appears that the Trademarks and Patents Law (1975) still governs this area. While trademarks registered before 1990 appear to no longer be valid, previous registrations may be taken into account by courts in some cases. Because the 1975 law is being followed, the Trademarks Office is classifying applications using the old Italian system of 49 classes. Only single-class applications are being accepted.  One of the major concerns is that applications are not being published in a trademark gazette and, consequently, there are no opposition proceedings. It is understood that the office is conducting examinations on absolute and relative grounds before granting applications. It also appears that proceedings are fast, with registration certificates being issued within one month. Registration is then valid for 10 years after the filing date.

While it may be true that Somalia is still to approve much-needed trademark laws, the decree is an important first step in establishing a functioning IP system in a country that has many more important problems to solve.