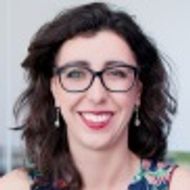 Although the Industrial Property Act (3/1992) lacks specific provisions to protect well-known trademarks in Angola, protection should be easy to obtain for two reasons.

First, Angola signed the Paris Convention for the Protection of Industrial Property on 27 December 2007. The Angolan Registry can therefore use this as grounds to refuse a mark if it is a reproduction or imitation of a well-known one in the country. Second, well-known brands are widening their focus from the economic sector to operate in a wider social setting with more social responsibility.

The world’s largest independent arbiter of branding, Superbrands, is playing a fundamental role in assisting and developing the country’s knowledge of brand performance in the market and in the wider social realm. Studies on Angolan consumer behaviour are being carried out, following which prizes will be awarded to the most prestigious national and international brands in the local economy. Superbrands Angola found that the most relevant brands from 2012 to 2019 are in the soft drinks, IT and electronics and automotive sectors. Further, it appears that while younger consumers can more readily identify fashion and sports industry brands, older people are better at recognising brands related to soft drinks and beer.

These studies are relevant for any entity interested in investing in the abovementioned industries. Indeed, a national award will boost brands’ products sales. However, it is also significant that these studies and awards are irrefutable evidence of the notoriety of a trademark when providing proof before the Angolan Registry.

The registry’s recognition of trademark notoriety depends on the owner’s ability to submit conclusive evidence that its mark is in use and well known by the relevant public. Although proof of use can be easily provided (eg, invoices to local entities, a listing of local distributors and photos of the product on the local market), providing evidence of the mark’s reputation is not always simple, especially if it operates in a specific, lesser-known sector. In this case, receiving a national award would be of inestimable value. While there are many advantages to projects such as the Superbrands Angola awards, only a small and selective number of awards are given (22 in 2019), so this sort of initiative is not enough to outweigh the detrimental effects of the lack of legislation for obtaining trademark protection.

Nevertheless, Angola should not be ignored by holders of well-known marks. First, because the Angolan Registry usually provides protection to well-known marks when notoriety is obvious. Second, in the case of less-known trademarks, owners have other ways to prove that a mark is well known – this is where the social aspect of a trademark plays an important role.

Across the globe, the relationship between brands and consumers have changed. Consumers now expect brands to take a stand and act on major social and environmental issues. It is no longer sufficient for a product to have a high-quality, desirable image to attract consumers, it is crucial that the brand symbolises solid social values as well. Social actions not only increase a product’s sales, but also help to establish the brand’s reputation in the local market and provide proof of recognition when protecting the mark.

Ultimately, being socially responsible is advantageous in terms of brand value and goodwill, as well as helping to establish trademark notoriety, thereby aiding the holder to successfully protect its mark. Trademark holders in Angola should consider this as they manage their marks.