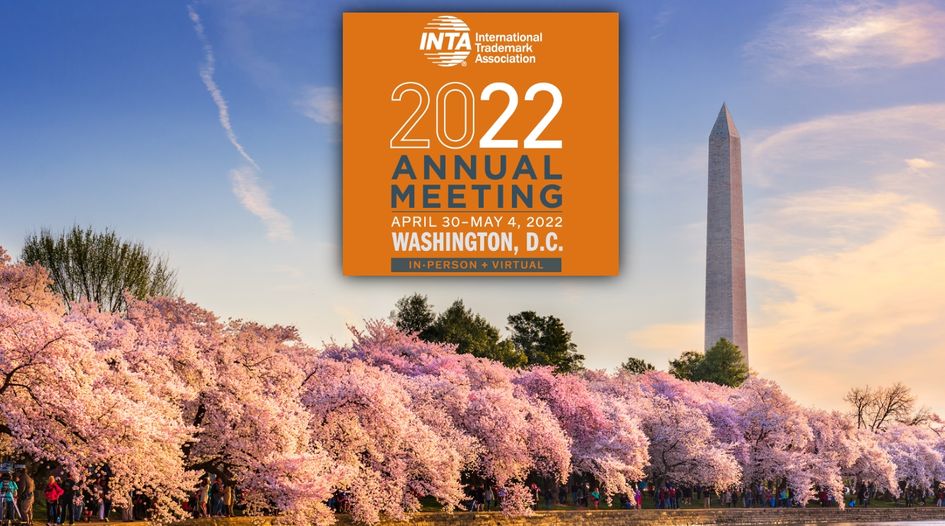 The 2022 INTA Annual Meeting will be held in Washington DC as a physical event with virtual components, the association has announced. Opening the 2021 Annual Meeting, CEO Etienne Sanz de Acedo revealed that the 2022 event will take place from 30 April to 4 May 2022 at the Walter E Washington Convention Centre.

“While the current meeting is a full-fledged virtual event and inching back into ‘in person’ with limited-capacity mini-conferences, next year, we’re in effect reversing the formula, with a full-fledged onsite meeting plus virtual components,” he stated. “The 2022 Annual Meeting marks a return to our legacy as the world’s largest in-person gathering of brand professionals and affirms our strategic decision to combine the best of both worlds – in-person plus virtual – into our events moving forward. This hybrid formula works, advancing the association into the future and accommodating different schedules, budgets, personal preferences and other circumstances.”

Pre-registration for the 2022 Annual Meeting will open to INTA members who registered for the 2021 meeting during its premium access and early access phases on 18 November and will run until 3 December. The traditional registration period will then open in January.

The environmental impact of the event will be a focus. The association will operate a carbon offsetting initiative to encourage attendees to help it meet its goal of hosting a zero net carbon event, Sanz de Acedo explained. There will also be an awards programme to encourage exhibitors to embrace sustainable giveaways.

Today’s announcement follows a challenging few years for the association’s flagship event. The organisation had to pivot numerous times as the covid-19 pandemic unfolded. Singapore was the intended host country for the INTA Annual Meeting in April 2020, but the pandemic initially saw this moved to Houston. The Singapore event was pushed to April 2022. As circumstances worsened, it was announced that the 2020 event would be combined with INTA's Leadership Meeting and take place in Texas in November. The combined event then moved to an online format, with the association investing in a tailored virtual platform.

Moving into 2021, the Annual Meeting was originally slated for San Diego in May. However, continued covid uncertainty forced INTA to rearrange its slate of events in February. The association switched its Leadership Meeting from its usual November slot to May and moved it online. It also paused its Trademark Administrators and Practitioners Meeting for this year and unveiled plans for a 2021 Annual Meeting that would be hybrid in nature. The live Houston component was expected to be its only physical event for the year. In late April, the association evolved the 2021 Annual Meeting to a ‘virtual+’ format, which takes place this week.

Since INTA announced its plans for 2021, the question has been whether Singapore would remain in play for April 2022. The country opted to close its borders early in the pandemic and maintained strict restrictions throughout 2020 and most of 2021. However, the government recently announced that it was transitioning to a phase in which it would aim to "live with the virus". In October, the country launched quarantine-free travel arrangements with 10 countries. However, it currently remains on the US Department of State’s ‘do not travel’ list.

Today’s announcement means that the brand community can start to look forward to what will be the first large-scale, in-person gathering in three years.

WTR has reached out to INTA for more information about the change of venue and whether there are plans for the Annual Meeting to be based in Singapore in a future year.