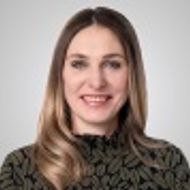 The Russian IP Court has resolved two cases on indemnity for infringement of exclusive rights to a trademark and a work, respectively. In both cases, the plaintiffs used the method of twice the value of the right to use the result of intellectual activity to calculate the amount of compensation. In the first case, the court took into account the sub-franchise agreement, correlating it to the duration of the infringement in order to determine the amount of compensation. In the second, indemnity was based on the results of legal expertise only.

In the first case, several rights holders filed lawsuits on indemnity for infringement of exclusive rights to Trademark 289416, shown below.

The indemnity was for Rb180,000, which was calculated as per Article 1515(4)(2) of the Russian Civil Code. The amount was double the value of the right to use the trademark.

The second case concerned the use of images of cartoon characters, with indemnity calculated at Rb300,000, in accordance with Article 1301(3) – again at twice the value of the right to use the works.

Both claims were based on the fact that the infringers sold goods that displayed the plaintiffs’ marks.

The courts granted the claims in part. The claimants recovered Rb56,000 and Rb20,076,respectively, on the grounds that they should have set the pricewhich, in comparable circumstances, is usually charged for fair use, and a specific amount of indemnity, based on this price.

In the first case, when confirming the value of the right to use the trademark, the plaintiff submitted a franchise agreement, which was signed by a third party, and the defendant submitted a counter calculation, which took the doubled value of the right to use the mark and calculated the amount of indemnity attributable to one day of infringement as the basis, which legal expertise confirmed to be Rb37.70.

The plaintiff’s calculation was rejected because the sum resulted from the agreement of specific market players. The court also rejected the counter calculation, since indemnity in such an amount would not meet the requirements of reasonableness and fairness.

Subsequently, the amount of indemnity was established on the basis of the results of legal expertise on the market value of the right to use the mark on a non-exclusive basis.

In the second case, the plaintiff justified the amount of indemnity sought by presenting both the franchise agreement for the right to use the works – concluded between it and a third party – and a sub-franchising agreement with a producer of food products.

The indemnity calculation was made on the basis of the minimum remuneration for the latter for one year. The court found that the defendant had offered to sell the goods for 79 days and reduced the amount of indemnity proportionally.

Having a franchise agreement in place does not imply that indemnity in all cases will be determined at double the amount of the price stated in the agreement. The basis for the calculation should be the exact price that, in comparable circumstances, is usually charged for fair use. Therefore, the court may determine a different amount of compensation compared to the amount that the plaintiff has claimed.