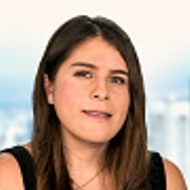 Consumer behaviour has changed significantly in recent decades. Today, shoppers take into account personal values, and look for brands that, for example, use organic farming methods and avoid child labour or the use of animal testing. To verify the claims that companies make about their products, several jurisdictions have started to recognise certification marks, which show that product claims have been verified by a third-party organisation.

By complying with the IMPI's criterion and classifying their certification marks in International Class 42, rights holders would have made themselves vulnerable to non-use cancellation actions. This is because, unlike traditional marks, certification marks are not used by their title holders, but rather by an authorised party, which renders a specific service or manufactures a product that is unconnected to certification services per se. Therefore, title holders would not have any evidence of actual use of their certification mark, which would make it impossible for them to comply with the compulsory third-year declaration of use, as well as to defend themselves against a non-use cancellation action.

From an enforcement perspective, if all certification marks were to be classified in International Class 42, it would be possible for unauthorised third parties to take advantage of the goodwill of a certification mark and use an identical or confusingly similar mark to cover goods or services related to those certified, as the certification services covered by the registration would not overlap with those used by the infringing party. This would lead consumers to believe that a given product or service was certified by an organisation when it is not.

Initially, the IMPI was reluctant to accept these arguments. However, thanks to the efforts of rights holders, their representatives, and local IP associations such as the Mexican Association for the Protection of Industrial Property, the IMPI has come to realise that its criterion was incorrect, and it was setting apart Mexican intellectual property practices on certification marls from those of other jurisdictions such as Australia, Canada, the European Union, the United States, Peru and the United Kingdom.

Two years since certification marks were introduced, the IMPI is now starting to allow registrations for certification marks in classes other than 42. The lesson to be drawn from this case is that while an incorrect position from local authorities can endanger the existence of a legal right, it is possible for interested parties to work together to bring about change.