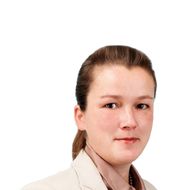 When a trademark is registered in Russia, rights holders assume an obligation to use it. While no documents are drawn up, if a designation is not used it runs the risk of early termination in relation to all or part of the goods and/or services indicated in the certificate.

If an interested party believes that a trademark is not in use, it may send the mark owner a proposal to apply to the Russia Patent and Trademark Office with a request either to waive the trademark rights or to draw up an agreement to assign the mark to it. The earliest that such a proposal can be sent is three years from the date of registration of the trademark.

In the case of early termination, the interested party and the rights holder should provide evidence in court. The former must justify its interest in the early termination while the latter must prove use of the designation.

The current legislation allows that a trademark can be used by various persons, and clarifies the parties in the case as:

Courts rarely have questions with regard to the rights holder’s direct use of the mark, although special mention should be made of cases where there have been several rights holders over the three-year period prior to filing a lawsuit. This period is not interrupted if exclusive rights are assigned to a new holder. In this regard, evidence of use can be submitted from one, some or all of the right holders.

The Civil Code allows the proper use of a trademark both under a licence agreement (Article 1235) and under a commercial concession agreement (Article 1027). In this regard, the use of a trademark is recognised not only by the party to the licence agreement (licensee), but also by the party to the commercial concession agreement (user). It also must be considered that when concluding the contract, the licensee undertakes to ensure that the quality of the goods produced or sold by it (on which it places the licensed trademark) meets the quality requirements established by the licensor. The licensor has the right to control compliance with this condition. According to the Decree of the Presidium of the IP Rights Court dated 12 April 2018 in Case SIP-311/2017, licensee and licensor are jointly and severally liable.

It is important to consider that the rights holder’s control may: