RETROLYMPICS: a trademark under fire 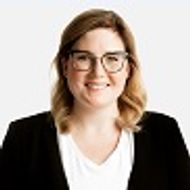 With the Tokyo Olympics just around the corner, now is a good moment to focus on a decision currently before the German Federal Patent Court in relation to the following trademark:

In 2012 the applicant applied for the above mark for games and playthings in Class 28, advertising in Class 35 and sporting and cultural activities in Class 41.

The German Patent and Trademark Office (PTO) rejected the application claiming that it violated the German Law on the Protection of the Olympic Emblem and Designations (OlympSchG). The German PTO argued that the law prohibit the use of words such as "Olympiade", "Olympia", "olympisch" (in English: ‘Olympic(s)’) standalone or in a combination by anyone other than the National Olympic Committee for Germany or the International Olympic Committee. The same would apply to the use of corresponding words or word groups in another language, such as English. Further, the German PTO claimed that there was a risk that the sign “RETROLYMPICS would be associated with the Olympic Games or the Olympic Movement, which is also prohibited under the OlympSchG. This decision was overturned on appeal and the mark was allowed to proceed to registration.

In the appeal decision, the court found no likelihood of confusion, arguing that there was no similarity between the signs. It held that the figurative element would not resemble the Olympic fire and the verbal element ‘retrolympics’ would not be dominated by the verbal element ‘olympics’ – even though the court assumed an above-average distinctiveness of the mark “OLYMPIC”.

On appeal the German Federal Supreme Court had to deal with the following questions.

First:  does the final decision of the German Federal Patent Court in relation to the registrability lead to the inadmissibility of an opposition by the International Olympic Committee?

The court found that it did not. The decision on registrability does not result in a conflicting legal force given that there was no identity between the parties involved and the decision only concerned absolute grounds.

Second: are the interests of the International Olympic Committee already covered by the OlympSchG and an opposition inadmissible for lack of interest?

Third: is there a likelihood of confusion between the RETROLYMPICS and OLYMPIC marks?

The German Federal Supreme Court found that the applied reasoning was insufficient to refuse a likelihood of confusion. In particular, the figurative element would be perceived as an indication for the Olympic fire. Further, t failed to take into account the assumed reputation of the OLYMPIC mark and descriptiveness of the suffix ‘retro’” when assessing the dominant character of ‘olympics’ in the RETROLYMPICS mark.

The case has now been referred back to the German Federal Patent Court; it remains to be seen how it will decide.