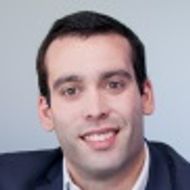 In 2018, several publications in the Industrial Property Bulletin stated that applications had not been regulated as per the Industrial Property Law – namely, they violated the World Health Organisation’s (WHO’s) international non-proprietary name (INN) rules. An ‘INN’ is an official generic and non-proprietary name given to a pharmaceutical drug or an active ingredient, which provides a unique standard name for each active ingredient.

The WHO has a mandate to “develop, establish and promote international standards with respect to biological, pharmaceutical and similar products”, collaborating closely with INN experts and national nomenclature committees to select a single name for the global use of every active substance that is to be marketed as a pharmaceutical.

Trademarks should neither be derived from INNs nor contain common stems used in INNs as this could be dangerous for patients. Entities cannot obtain the exclusive trademark rights of a protected designation as an INN. Responsibility falls on the IP offices of UN member states and, consequently, the WHO to ensure the compliance to these provisions.

According to the Industrial Property Bulletin, IAPI refused to register the word mark DEXAMEX in Class 5, which covers medicines, due to the “violation of the INN, adopted by the WHO, for active substances in medicines prohibited from being registered as trademarks”. It referred to Article 77, which states that the “provisions of the international conventions of which Angola is a member, relating to industrial property, shall apply with the provisions of the present Law” and applied this in connection with the absolute grounds for trademark refusal provided in Article 31(1) (ie, applications that do not distinguish a company’s goods or services from identical or similar ones), Article 35(f) (expressions or logos contrary to good customs or offensive to law and public order) and Article 73 (unfair competition) of the Industrial Property Law. In light of the above, it can be confirmed that there is an additional absolute ground to refuse a registration in Class 5 covering medicines in Angola.

However, the registration process for these marks may take longer than usual, as IAPI must cooperate with the Ministry of Health on this matter, which must confirm that there is no violation of WHO rules at the time of the trademark application examination. In practice, this means that there are two independent authorities carrying out trademark examinations in Angola.

While this examination process is more time-consuming and delays the decision to grant marks, it is a positive for protecting pharmaceutical marks and demonstrates that IAPI is committed to complying with international regulations. Further, it ensures that no entity benefits from the exclusive rights of protected designations as INNs.

However, since the legal grounds for refusal are not particularly clear under the Industrial Property Law, there may be a rise in appeals from applicants that file trademarks using INNs, especially with regard to Article 35(f) (expressions or figures contrary to the good customs or offensive to law and public order). A specific rule must be added to confirm the protection of these terms as an absolute ground for refusal of trademark registration.