Recent efforts by US Customs and Border Protection, the Jamaica Constabulary Force and INTERPOL are a stark warning to counterfeiters in the region – particularly where fake goods are linked to organised crime and terrorism. 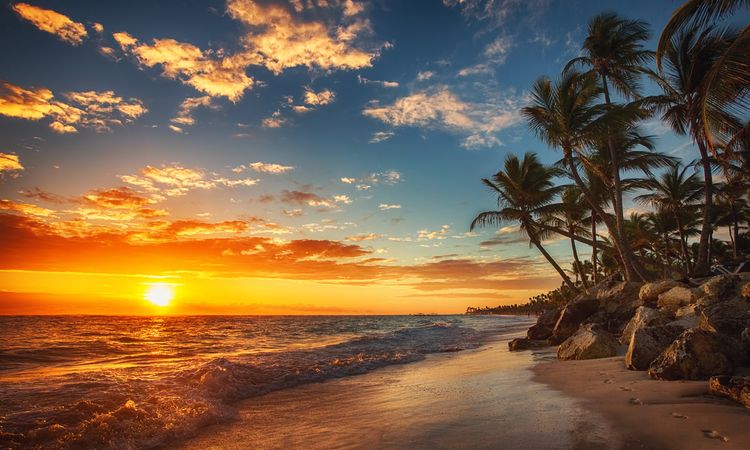 A General Licence has been issued by the US government that explicitly authorises the protection of all intellectual property in Venezuela. The move follows significant challenges for US companies seeking to protect their brands in the country.

The Venezuelan IP Office has introduced a new payment method involving paying cash deposits at a specific bank branch. Experts describe the process as complicated and have warned of significant risks.

This update highlights the main requirements that must be met in order to obtain GI protection in Venezuela pursuant to the new procedure established by the Trademark Office late last year. Read more

In a welcome development for IP rights owners, late last year SAPI announced the direct application of the TRIPS Agreement and other international IP treaties in Venezuela. Read more

Venezuela IP office renders its own resolutions null and void

The Venezuelan IP office has rendered a set of its own resolutions - published earlier this year - null and void on the grounds that they had been made by an incompetent authority and were therefore unconstitutional. Read more

In an unprecedented move, on 15 July 2020 the Venezuelan Trademark Office issued its latest IP Gazette without an effective date and, consequently, without deadlines. Read more

In our latest round-up, we look at a new online service launched by the Swedish IP Office, the Babybel wax-coating trademark being invalidated, scammers filing “fake trademarks” to hijack Instagram accounts, and much more. Read more

Although in recent years the authorities have shown increasing concern over counterfeiting and implemented mechanisms to combat it, these efforts have been largely inadequate, due to increased traffic in these goods worldwide.

A Venezuelan court has granted Babyliss, the well-known French manufacturer of hair care appliances, the possibility to take precautionary measures against a business located in Punto Fijo, one of Venezuela’s free-trade zones. This resulted in the seizure of 588 counterfeit hair straighteners.

Amendment to Act against Smuggling Crimes is passed

An amendment to the Act against Smuggling Crimes has been published in the <i>Official Gazette</i>. The amendment seeks to criminalise and punish acts and omissions that constitute criminal or administrative smuggling acts, and strengthen controls over customs officers and their assistants.

​​​​​​​The Venezuelan Patent and Trademark Office has suspended payment of official fees by foreign applicants for the foreseeable future. The situation has been described by one local attorney on the ground as “lacking legal basis” and leaving IP owners “in limbo”.

Pharmaceutical brands in the Americas: practical strategies for a fast-moving sector

Experts from Canada, the United States and Venezuela discuss cutting-edge strategies for the creation, protection and exploitation of brands in the pharmaceutical industry

In Venezuela, exclusive trademark rights are granted only by registration according to the Industrial Property Law. However, the owners of unregistered trademarks may be able to prevent the registration of marks by filing an opposition to the application.

This chapter outlines the actions that rights holders can take to protect their rights on the Internet and prevent the import, storage and online sale of infringing goods. It also summarises methods of securing compensation for damages.

The Supreme Court has dismissed an action filed by CDS TELECOM CA against CANTV in relation to the alleged infringement of CDS’ rights in the mark LISTO (meaning 'ready' English). Among other things, the court found that there was no graphic, visual, phonetic and conceptual similarity between the marks LISTO and CANTV LISTO and that, in any case, LISTO should not have been registered as a trademark in the first place.

The Supreme Court of Justice has reaffirmed some of the fundamental principles of trademark law - namely those relating to the presumption of ownership of a trademark, the limits of the exclusive rights to use a mark and the impossibility of registering generic signs. The plaintiff in this case sought to prevent the defendants from using the mark VALE based on its rights in the marks VALEVEN and VALEVEN ALIMENTACIÓN.

Tobacco company stops unauthorised use of trademark on Facebook

Tobacco company CA Cigarrera Bigott Sucs, the owner of the well-known mark BELMONT, has successfully obtained the removal of a profile using its trademark as an identifier on the social network Facebook. The unauthorised use of the BELMONT mark on the social network could have exposed Bigott to the possibility of being investigated for failure to comply with the relevant regulations on tobacco advertising.

The Venezuelan Intellectual Property Office has established a new procedure for protecting local geographical indications based on the Paris Convention, which it published in a bulletin in February 2020. Read more

New regulations that will directly affect Venezuelan trademark prosecutions look set to clash with a US executive order as to how US entities can transact with the Venezuelan government. Read more

New IP officials, including a new director of trademarks, have recently been appointed in Venezuela. These appointments come in a climate of great uncertainty, mainly due to the suspension of the payment of official fees by foreign IP owners earlier this year.

A new law called the "Law on Socialist Cestatickets for Workers”, which concerns food benefits for employees, has set an ominous precedent for the trademark system in Venezuela by using a registered trademark as a generic term, thereby forcing all the competitors of the trademark owner to use that mark.

The Venezuelan Intellectual Property Office has announced that, starting from 27 April 2020 and as long as the national sanitary emergency remains effective, the office will implement a temporary e-filing system for certain IP-related matters, including trademark applications. Read more

The Venezuelan Trademark Office has issued an official communication requesting that trademark owners or applicants which have filed oppositions against third-party applications reaffirm their interest in continuing such proceedings.

The Venezuelan Trademark Office has published an official communication relating to the implementation of the official fees set forth in Article 6 of the new Tax Act in connection with industrial property procedures. The act establishes disproportionately high fees and, compared with other countries in the region, it appears that Venezuela has become the most expensive jurisdiction for trademarks matters.

The National Telecommunications Commission has issued the Administrative Regulation for the National Plan for ‘.ve’ Domain Names, the first national regulation on domain names in Venezuela. Read more

Venezuela to use Nice Classification exclusively

In a significant development for trademark applicants and owners, as of 10 February 2020 trademarks applications in Venezuela must use only the International Classification of Goods and Services established by the Nice Agreement. Read more

Although the payment of official fees to the Venezuelan IP office has been suspended temporarily, foreign brand owners should be prepared and ensure that their representatives are nevertheless sent the relevant fees.

However, in April 2006 Venezuela left the Andean Community. On September 17 2008 the Venezuelan Patent and Trademark Office (SAPI) decided that the relevant trademark and patent legislation would be the Industrial Property Law 1956.

In 2008 the Venezuelan Trademark Office issued an opinion stating that the rules of the Andean Community were no longer applicable in the country, referring specifically to the Paris Convention, TRIPS and the Nice Agreement. However, it has recently been discovered that, according to the definition of 'collective marks' provided on the Trademark Office’s official website, collective marks are not governed by national law, but by the Paris Convention.

Supreme Court: two types of oppositions were available when country was part of Andean Community

The Supreme Court has considered whether oppositions under the Venezuelan Industrial Property Act were available during the period when Venezuela was a member of the Andean Community (the country withdrew from the community in 2006). The court concluded that there were two different types of oppositions, which were both valid.

The SAPI has issued notifications that will have important consequences for the trademark prosecution process in Venezuela: pending trademark applications can once again be assigned in certain circumstances, and oppositions must now rely on specific grounds. The notifications were issued in <I>Venezuelan IP Gazette</I> No 546, in force since April 9 2014.

In a significant decision for the IP community, the Second Administrative Court has granted an interim injunction suspending the legal effect of four trademark registrations granted to a Venezuelan entity in violation of the claimant’s IP rights. It is not common - almost unheard of - for the Venezuelan courts to grant interim injunctions in IP disputes.

Advertising company successfully enforces mark, despite it being descriptive 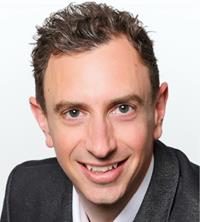