Exclusive research from WTR can reveal that Manchester United has the largest football brand portfolio in the world, with Lionel Messi boasting the most significant number of registrations for a single player. 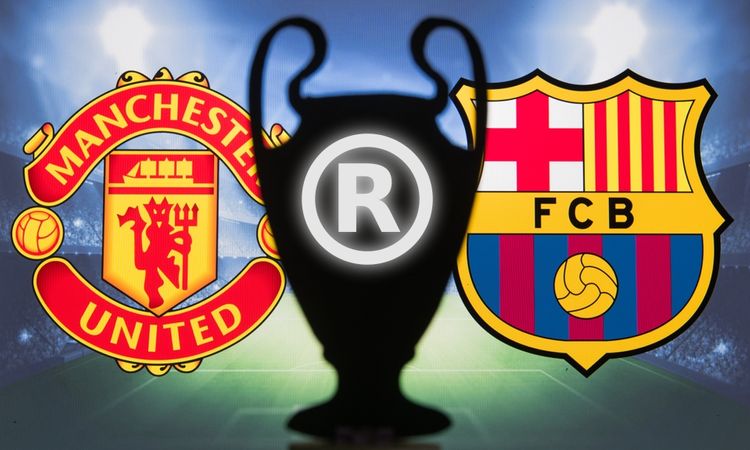 In our latest round-up, we look at Chinese officials obtaining registered trademarks for the entire South China Sea, Dubai Customs recycling 134,000 counterfeit items, and much more.

Analysis from WTR finds that the clubs set to be involved in the European Super League are leading holders of brand value and trademark registrations – even if, in some cases, they have had little trophy success in recent years.

Pharmaceutical company Laboratorios ERN has failed to prevent the registration of the mark DYNAMIC SANTIVERI in Class 5 based on its earlier mark DYNAMIN, which also covered Class 5 goods. Read more

In a case involving the sale of fake garments at a fair, the Madrid Court of Appeal has found that the Trial Court had wrongly qualified the offence as a misdemeanour against intellectual property - rather than as a criminal offence. Read more

Fashion company Tommy Hilfiger has achieved mixed results before the Barcelona Court of Appeal in the dispute over the use of the acronym ‘TH’. Read more

The Madrid Court of Appeal has upheld a trial court decision in which the defendants were sentenced to nine months’ imprisonment and ordered to pay a fine for illegally reproducing marks of musical groups, including those of Iron Maiden. Read more

The Court of Appeal of Castellón has confirmed the criminal conviction of a vehicle workshop owner for a crime against industrial property, consisting of a six-month prison sentence. Read more

In a case involving the import for commercial purposes of counterfeit shoes bearing brands and designs owned by adidas, the Spanish Supreme Court has dismissed a cassation appeal against a judgment imposing an 18-month prison sentence on the defendants. Read more

Distinctive signs are principally governed by the Trademark Act (17/2001), which has been partially modified by Royal Decree-Law 23/2018 in order to incorporate EU Directive 2015/2436, and it is complemented by Royal Decree 687/2002. Read more

Football: a game where every brand wins

Football teams and corporates are cashing in on brand value, but a changing industry means clubs need to use new methods to continue strengthening their presence and engagement levels. Read more

Brandwatch has released the results of a survey of consumer perception on brand purpose in the light of the coronavirus pandemic. Read more

New research conducted by WTR can once again reveal that Manchester United has the biggest trademark portfolio of any global football club by a wide margin. Read more

Brand creation and protection: out with the old

Trademark experts from across the globe offer critical insight into brand creation best practice and guidance on pitfalls to avoid. Read more

This week, INTA hosted its annual European Conference in Madrid, Spain. WTR is on the ground to bring you the key insights from the second day of the event. Read more

The court found that the defendant’s use of the mark TUV WORLD not only took advantage of the reputation of the well-known trademark TÜV, but may also have damaged that reputation in the context of covid-19. Read more

The Barcelona Court of Appeal has held that the commercialisation of dinosaur-shaped biscuits under the sign GALLESAUROS constituted infringement of the well-known DINOSAURUS mark. Read more

Section 8 of the Court of Appeal of Alicante - acting as the Community Design Court – has confirmed the infringement of a Community design owned by Jemella Limited, which protects the shape of the well-known GHD IV Styler hair straighteners. Read more

This week, the INTA is hosting its annual European Conference in Madrid, Spain. WTR is on the ground and we present key learnings and insights from the first day of the event. Read more

The top filers and a vision for the future: inside EUIPO operations

Less than a year into Christian Archambeau’s tenure as executive director, the EUIPO is laying the groundwork for future expansion. World Trademark Review’s annual focus on the office assesses current operations, reveals the most proactive filers and explores how the agency is taking a global view of trademarks. Read more

In exclusive research from WTR, the EUIPO has been ranked as the most innovative IP office in the world for the third year in a row. Closely behind are the registries of Chile, Singapore and Spain. Read more

In this exclusive guest insight, CompuMark’s Robert Reading shares his takeaways – and why trademarks are taking a more prominent role in the analysis of IP analytics. Read more

At an international level, the Trademark Act has adapted Spanish law to the general legal framework established within the international community. Read more

As the data continues to be updated, we are able to get a better understanding of the extent of the coronavirus’ impact on the trademark ecosystem. Read more

The most prolific trademark attorney firms in Europe revealed

Data analysis reveals that, amongst representatives, Isabelle Bertaux ranks as the number one trademark filer in the EU, with Novagraaf and Arpe completing the top 3. Read more

In our latest round-up, we look at the Philippines government pledging to crackdown on counterfeit goods, a national IP office’s anti-fakes video featuring a naked man atop a tortoise, and much more. Read more

Research conducted by <i>World Trademark Review</i> reveals the leading trademark filers in the football world, with FC Barcelona, AC Milan and Manchester United topping the list. It also demonstrates that Leicester City – a team that shocked the football fraternity by winning the Premier League title two months ago – do not yet have a trademark portfolio that matches its newfound success; although a club spokesperson tells us that it has plans to change that.

In Spain, the rapid spread of covid-19 has led to the adoption of various measures in the judicial and administrative areas. This update highlights the measures of interest for IP owners and practitioners. Read more

The performance levels of the Chinese, Brazilian and Indian trademark offices have clear room for improvement but change could be afoot. Read more

The Granada Court of Appeal has upheld a lower-court decision finding that the owner of the Café Jazz La Champagnería had infringed the ‘Champagne’ designation of origin (Appeal 307/2015, October 28 2015).

Court rules on use of third-party trademarks as AdWords

The Barcelona Commercial Court Number 2 has dismissed Fotoprix’s trademark infringement and unfair competition action against Vistaprint, and upheld Vistaprint’s counterclaim for a declaration of partial invalidity and partial cancellation of Fotoprix’s FOTOLIBRO mark. Among other things, the court referred to the ECJ’s decision in <I>Google France</I> to decide whether Vistaprint’s use of Fotoprix’s marks as AdWords amounted to infringement.

'.es' domain names on the up

Following an eventful parliamentary procedure, the Sustainable Economy Act (Law 2/2011) came into force on March 7 2011. Among other things, the act introduces a preliminary injunction procedure aimed at removing content from websites in relation to activities that infringe IP rights.

The Third Commercial Court of Barcelona has granted a request for an interim injunction filed by Société des Produits Nestlé SA and Nestlé España SA against a natural person residing outside Spain. The court ordered the blocking of the defendant's website, which featured a promotional campaign for Nestlé cereals.

In a case involving multinational retailer Carrefour, the Spanish Supreme Court has confirmed that under no circumstances can a trademark that is no longer used on the market seek protection. Read more

With today’s World Intellectual Property Day celebrating the importance of IP in sports, research conducted by WTR finds that Manchester United has the most significant trademark portfolio of any global football club. Read more

Following the approval of a preliminary draft law partially amending the Spanish Trademark Act in order to incorporate Directive 2015/2436, various consulting bodies have given their opinions on the draft text, highlighting certain aspects which they believed could be improved. Read more

The Court of Appeal of Zaragoza in Spain has upheld a judgment of the Trial Court in which the latter had sentenced the defendants for importing thousands of counterfeit t-shirts from China.

The Barcelona Court of Appeal has upheld a condemnatory judgment sentencing an online seller of counterfeit shoes for committing a crime under Article 274 of the Criminal Code.

Exclusive research by World Trademark Review reveals the filing activity of the world’s most valuable football clubs and players, and finds that Manchester United boasts the most trademarks of any team in the world. Read more

Brand creation and protection: out with the old 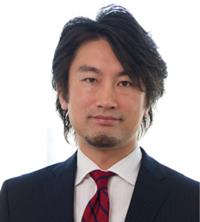