WTR has reached out to the eight WIPO director general nominees to get the inside track on why they are the best candidate for the role. In the first of the series, we hear from Nigerian candidate Adebambo Adewopo. 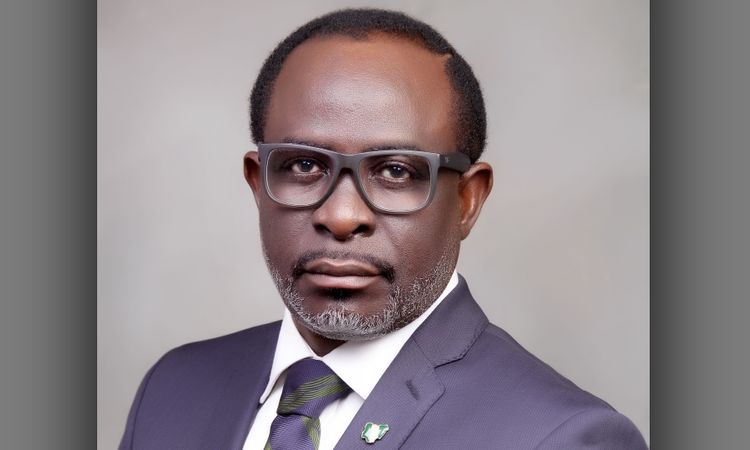 From Jumia to Ozon: the regional e-commerce sites that rights holders need to be policing

Outside of North America and China, new ecommerce marketplaces are springing up at an increasing rate. As these regional platforms grow, infringers have swarmed to them in response to the global platforms’ growing anti-counterfeiting efforts.

The upgrade of Nigeria’s online filing platform for trademark, patent and design applications, which was initiated in August 2020, has so far raised more issues and concerns than solutions for applicants. Read more

WTR traverses the whole of Africa to provide brand owners with a comprehensive guide to brand protection across the region. Read more

Following the easing of the lockdown restrictions in certain parts of Nigeria, the Trademarks Registry published its latest Trademarks Journal on 29 May 2020. Despite this achievement, the covid-19 pandemic has underscored the urgency of fully embracing the electronic system. Read more

Impact of covid-19 lockdown on trademark practice in Nigeria

Nigeria’s main cities have been in lockdown due to the covid-19 pandemic since 30 March 2020. The registry’s lack of action is creating uncertainties for trademark owners and applicants, and is likely to result in additional backlog once the lockdown is lifted. Read more

A free trade area spanning the continent of Africa is a step closer to becoming reality, with 7 July announced as the date of official launch. We look at the range of IP challenges this will create. Read more

Nigeria has no specific anti-counterfeiting law – at least, not a broad one that covers all types of goods and all species of anti-counterfeiting. Hence, the fight against counterfeits involves the creative application of the various laws that affect rights holders in one way or another. Read more

Counterfeiting in Africa: part two of an A-Z guide

In part two of our A-Z guide to the anti-counterfeiting framework across Africa, we look at problems and solutions from Nigeria to Zambia. Read more

In a move that came as a surprise to most stakeholders, Nigeria’s National Assembly Senate Committee on Trade and Investment has held a public hearing for Bill SB 357, which would repeal the current Trademark Act.

With Africa proving to be a particularly lucrative region for brands seeking licensing opportunities, we examine what rights holders need to know about trademark licences from a swathe of nations across the continent. Read more

Warning issued over brand name squatting in Nigeria: how to fight back

While brands are long used to the scourge of trademark squatting in a number of jurisdictions, it can be easy to overlook the challenge posed by companies trading off their name. A legal expert in Nigeria warns that the latter is a significant threat. Read more

In our latest round-up, we report why Louboutin's red sole mark was declared ‘well known’ in India, upcoming changes at Nigeria’s trademark registry, and much more. Read more

A new tribunal has recently been inaugurated with a view to accelerating opposition proceedings in Nigeria. Read more

Developments that have taken place at the Nigerian Trademark Registry over the past few months have been widely welcomed by the trademark community. Among other things, it is hoped that the establishment of the new Trademark Tribunal will speed up opposition proceedings. Read more

New dawn in Nigeria: evolution of the trademark ecosystem in Africa’s biggest economy

Nigeria has long been a challenging jurisdiction in which to obtain and enforce registered trademark rights. Recent changes represent significant and positive steps forward, as issues are finally being addressed. Read more

In a welcome development for trademark owners, lawyers and agents, the Nigerian Trademark Registry has announced the release of the first-ever compendium of opposition rulings delivered by the Trademarks Tribunal. Read more

IP protection in Africa’s largest economy is undergoing major changes, as Nigeria’s new Trademarks Registry launches a set of ambitious plans to ensure that the country’s trademark regime is fit for purpose in the globalised world. Read more

The failed launch of Nigeria Air by the country’s federal government shows the importance of securing a trademark registration prior to commencing branding and marketing efforts. Read more

A bill in Nigeria has proposed a series of amendments to the country’s counterfeiting legislation, including life sentences for those convicted of selling certain types of counterfeit products.

The National Agency for Food and Drugs Administration and Control has recently submitted a bill to Parliament seeking to amend the Counterfeit and Fake Drugs and Unwholesome Processed Foods (Miscellaneous Provisions) Act.

Venturing into Africa: law firm opportunity and risk in an evolving IP landscape

For this week’s blog post from the <em>WTR 1000</em> research team, it is timely to consider the current state of trademark protection in Africa.

The Trademark Registry has released the new Trademark Journal entitled Volume 1, Issue 1 – the first journal to be published in more than a year. The registry has provided no information as to why the journal advertises only applications filed through the IPAS system, or whether a separate journal for e-filings will be published in the near future.

Late last year, a memo from the registrar’s office was circulated to all stakeholders in Nigeria, indicating that the data capture process would be finalised by the end of 2016. However, by January 2017 it had become obvious that the WIPO officials undertaking the data capture process had expanded its mandate to incorporate ‘backward integration’, and had extended the deadline to finalise the entire process.

The future of the Nigerian Trademarks, Patents and Designs Registry

Despite challenges and uncertainties occasioned by changes in leadership, there is cause for optimism for the future of the Nigerian Trademarks, Patents and Designs Registry.

'.ng' registrations on the up, but government agency urges cyber patriotism

The National Information Technology Development Agency has called upon government and private sector organisations to use Nigerian data centres, arguing that it would facilitate "reductions in cost and capital flight".

Trademark owners have a new defence mechanism available to them in the fight against online infringement and counterfeiting in Nigeria. The Cybercrime Act 2015 deals with a range of cyber issues, including cybersquatting.

The new Cybercrime Act has recently been signed into law. Section 25 of the act, which concerns cybersquatting, seems to be quite advantageous to IP rights owners. Pursuant to this section, domain names deriving from registered trademarks are protected, and the infringement of rights tied to these domain names is punishable under the law.

The Nigeria Internet Registration Association, the registry responsible for the '.ng' country-code top-level domain, has announced the release of third-level '.com.ng' premium domain names. The list of premium domain names consists primarily of generic words. The aim is to "quickly populate the '.ng' registry and to make it affordable".

The Nigerian Trademark Office has released two new Trademark Journals, marking the first journals to be released this year. The increase in such publications should help to deal with a backlog at the registry and put to rest various issues relating to the country’s first-to-file system. Read more

In a significant victory for brand owners, Nigeria’s Court of Appeal has deviated from the ‘first to register’ rule and held that the true owner of the mark KASEA was a Chinese company which was not a party to the proceedings. Read more

Victory for foreign brand owners: courts rule in favour of Piaggio and Toyota in separate judgments

In two recent judgments, the Federal High Court and the Court of Appeal have found in favour of a large international brand owner and against a local company.

Confusion over the rightful owner of trademark QLINK has arisen as a result of Nigeria’s first-to-file rule. Brand owners seeking to rely on trademark registration in Nigeria must be aware that the country follows the first-to-file rule not only for patents, but trademarks as well.

The Standard Organisation of Nigeria and the National Agency for Food and Drugs Administration and Control have entered into a partnership to tackle and combat fake and substandard products in the country.

An IP expert in Nigeria has told <I>World Trademark Review</I> that a recent trademark infringement lawsuit launched by the Nigerian National Petroleum Corporation could “spark a wave of IP commercialisation”, and has called for the country to join the African IP Organisation. A spokesperson for the latter has told us that the organisation is not currently in talks with Nigeria, but that the door is open for discussions.

Increase in trademark filings as global brands flock to the country

Nigeria has recently witnessed a remarkable increase in business activities and, in particular, an influx of global brands in the retail landscape. A number of luxury brands have started business in Nigeria, and a search of the last two <I>Trademark Journals</I> reveals that there have been numerous trademark filings in the name of well-known global brands.

The registrar of trademarks is conducting a campaign to tighten up procedures throughout the registry. At a recent meeting, one of the measures announced concerned the time available for applicants and their agents to respond to official actions issued by the registrar after examination of an application. The registrar made it clear that responses received after the statutory term will be disregarded and the application treated as abandoned. 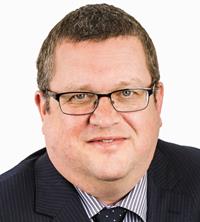