As the novel coronavirus epidemic continues to spread across the globe, WTR provides an updated look at measures that national IP offices have launched in response.

Analysis of this year’s disruptor list reveals that these start-ups defy the typical IP filing process.

In our latest round-up, we look at the Qatar versus Saudi Arabia piracy battle escalating, former employees of Hermès appearing in court for counterfeiting, a legal blow for Stan Lee’s daughter, and much more.

Trademark litigation forum shopping in China – what the data tells us

Venue selection is one of the most important considerations when litigating in China. Analysis of more than 11,000 court judgments issued in 2019 provides critical insight, which in turn allows for more nuanced strategic decisions. Read more

Under Armour has prevailed in a long-running dispute with clothing firm Uncle Martian in the Chinese Supreme People’s Court, which “sends an important message” to counterfeiters in China. Read more

In our latest edition, we look at Dreyer’s Grand Ice Cream renaming Eskimo Pie, the owner of a Chinese pharmacy chain sentenced to jail for the sale of counterfeit masks, and much more. Read more

Weidian, “the eBay of China”, emerges as popular platform for counterfeiters

WTR investigates how Chinese online marketplace Weidian works, the types of fake products available, and why it should be on the enforcement radar of all brand owners. Read more

Yupoo remains popular shop front for counterfeit goods; how brands can fight back

A WTR investigation has found that Chinese image network Yupoo remains a popular haven for counterfeiters. In response, a Yupoo representative claimed that the company respects IP rights and cannot be blamed for fakes promoted on its platform. Read more

The company has struggled as consumers increasingly opt for healthier products. Now it is seeking new ways to monetise its iconic brands while simultaneously implementing a transformation strategy. Read more

In our latest edition, we look at China hitting back at covid-19 infringers, Off-White continuing to seek a red zip-tie trademark, IP complaints going digital in Bahrain, and much more. Read more

The industry’s major players do a poor job of building consumer loyalty, and there is the constant risk of smaller, more flexible companies disrupting the market. Read more

Five Amazon platforms have been added to the USTR's notorious markets list, with Amazon hitting back at the findings by describing it as advancing a “personal vendetta” of the Trump administration. Read more

The Supreme People’s Court of China has confirmed the dismissal of an infringement action filed by the owner of the MK logo against clothing company Michael Kors. The fact that the plaintiff sought to benefit from Michael Kors’ reputation led to its downfall, but some of the court’s findings seem debatable. Read more

In conversation with WTR, the academic behind the research says a shake-up of indications of geographical origin could be the first step towards the “high ideal” of a universal trademark system. Read more

Where to win the highest damages in Chinese litigation

While China remains in the IP policy crosshairs, on the ground momentum is positive

In our latest opinion piece we observe that, while the US-China war of words over IP protection continues to grab headlines, the Asian country is going about its business. Read more

Trademark offices around the world have seen a spate of applications for terms related to covid-19 and the coronavirus. Read more

In our latest edition, we look at Tom Brady’s trademark filing spree, a law firm offering pro bono covid-19 patent protection representation, how voice commerce will be a “game-changer” for brands, and much more. Read more

How to make change happen in the trademark landscape

Lobbying is fundamental for anyone looking to transform the ways in which intellectual property is practised – but what works best? We compare tried and tested methods from around the world Read more

In our latest edition, we look at a cruise line filing a trademark application for sanitary masks, INTA opening up nominations for the Tomorrow’s Leader Award, a covid-19 opportunist’s “genius” plan unravelling, and much more. Read more

In our latest round-up, we look at counterfeit Rolex watches being seized in Philadelphia, WIPO giving an update on World IP Day, preparing for a trademark filing flurry linked to Harry and Meghan, and much more. Read more

Its local brands have an international focus, and big global names also flock to this market. Read more

In an exclusive insight, a leading trademark attorney in China provides an update on what the situation is like on the ground for IP law firms, and offers advice to practitioners who may now be changing their workflow due to measures related to the Covid-19 pandemic. Read more

The UKIPO has published its annual Facts and Figures Report. We drill down into the data to reveal the most notable findings. Read more

After an initial slump in global trademark filing levels in the wake of the coronavirus outbreak, data reveals that numbers have started to return to normal at several major offices. Read more

Trademark applications will drop during the coronavirus crisis, but globalisation offers hope of a speedy recovery

A new report from TrademarkNow explores the impact of two major recessions on USPTO filings, giving insight into what is to come. Hint: it’s not all doom and gloom. Read more

“Online auctions of trademarks are on the ascendancy in China”: reflections on the QVOD portfolio sale

In a conversation with WTR, Andrew Cooke, general counsel of e-sports team Fnatic, reveals that an entire generation of e-sports athletes are waking up to the power of their IP as brands race to catch up with this rapidly evolving consumer market. Read more

While there is cause for alarm in many industries whenever a potential new pandemic arrives, one company has found itself in the spotlight for a different reason following the coronavirus outbreak – the Corona beer brand. Read more

China’s new E-Commerce Law, which entered into force on 1 January 2019, is a remarkable piece of legislation establishing a comprehensive framework for the regulation of the largest online retail market in the world. Read more

The social media giant has found its voice, and is helping others to build and differentiate their own brands Read more

Two Chinese trademark agencies have been fined Rmb100,000 for filing bad-faith applications for the marks HUOSHENSHAN and LEISHENSHAN – the names of the hospitals built to treat coronavirus patients in Wuhan City. Read more

WTR speaks to Treasury Wine Estates’ global director of intellectual property to get the inside track on how the company prevailed in a decade-long trademark squatting case. Read more

Procedures and strategies for anti-counterfeiting: China

Despite courts vacillating between opposing positions on whether affixing a trademark to OEM goods for export constitutes use or non-use of a trademark, the Supreme People’s Court now appears to have settled on an answer. Read more

Yupoo remains popular shop front for counterfeit goods; how brands can fight back 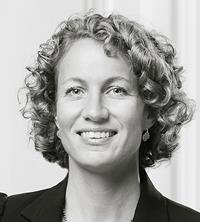