How INAPI is tackling gender misrepresentation in intellectual property

The Chilean National Institute of Industrial Property has introduced several ambitious initiatives to improve gender equality in the field. Director General Loreto Bresky outlines the most groundbreaking of these.

In our latest round-up, we look at a Love Island star being reprimanded due to an Instagram post, the theme for World IP Day 2020, the Chilean IP office being praised for a reduction in the gender gap, and much more.

The Intellectual Property Office of Chile (INAPI) has re-opened to customers after its headquarters suffered devastating damage from protesters. We talk with the registry's national director on its ongoing recovery efforts.

Key requirements for trademark licensing in Latin America and the Caribbean

When creating a regional licensing programme, understanding the nuances of the rules and regulations at jurisdictional level is key to success. Read more

Within the context of strict controls on health products due to the current covid-19 pandemic, on 12 March 2020 customs agents in Chile seized a significant amount of counterfeit fat-burning pills. Read more

Equality: The challenge of gender equality in intellectual property

The Chilean National Institute of Industrial Property has introduced a number of new initiatives in a bid to improve the representation of women in intellectual property. Read more

Twenty counterfeiting hotspots to be aware of in Latin America

Although Asia is often seen as the centre of global counterfeiting activity, sales of fake goods are rising across Latin America. We present 20 markets in the region that are particularly problematic for brand owners. Read more

In our latest edition, we look at the EUIPO approving the Strategic Plan 2025, Nominet releasing its Criminality Report, WIPO kicking off a new case law publication series, and much more. Read more

In our latest round-up, we look at Kanye West being denied a trademark for the term ‘Sunday Service’, adidas prevailing in Japan, the UK Intellectual Property Office notifying users of planned maintenance after Brexit, and much more. Read more

Five counterfeit hotspots that you should be aware of in Chile

For the next edition of our series on physical marketplaces around the world that reportedly engage in the trade of counterfeit goods, we head back to Latin America and focus on Chile. Read more

In our latest edition, we look at the 2 millionth trademark application at the EUIPO, a new report finding that UK students are "actively disloyal" to brands, a collection of fake video games released, and much more. Read more

ICANN has passed a resolution that ends the organisation's efforts to lead a facilitation process aimed at settling a domain name dispute between Amazon and the Amazon Cooperation Treaty Organisation. Read more

In our latest round-up, we look at the United Kingdom’s IP minister seat being vacant once again, question marks over affiliate links on Instagram, puns being encouraged at the Philippines IP office, and much more. Read more

In our latest round-up, we look at the Croatian president talking up nation branding, Gucci voicing “reluctance” to work with Alibaba and JD.com, brand owners readying themselves for motion marks, and much more. Read more

In a cancellation action involving the mark MI COPILOTO, the Chilean Supreme Court has considered whether uncertified copies could be admitted as evidence of a trademark’s reputation. Read more

The Chilean Supreme Court has upheld a decision of the IP Court refusing an application for CLOS DE PIRQUE in Class 33 on the ground that the mark consisted of an EU ‘traditional term’ and a Chilean appellation of origin. Read more

The acceptance of non-traditional trademarks has increased in most Latin American jurisdictions in recent years. We provide an overview of the current state of play. Read more

In exclusive research from WTR, the EUIPO has been ranked as the most innovative IP office in the world for the third year in a row. Closely behind are the registries of Chile, Singapore and Spain. Read more

The Chilean Institute of Industrial Property (INAPI) may reject an application on the basis of an unregistered prior mark, provided that the existence of the unregistered trademark is publicly known to the extent that its renown does not require evidence. Read more

In an action filed by Evercrisp (a subsidiary of Pepsico), a Chilean court has held that the restrictions imposed by the new food labelling regulation do not imply an expropriation, but only a limitation of trademark rights based on public health reasons.

Trademark-intensive industries across Chile, Colombia, Mexico, Panama and Peru account for 18.5 million jobs and $2,390 of value <em>per capita</em> a year, according to new research.

Chile punches well above its weight from a trademark and branding perspective: exclusive data analysis

In this week’s country data report, we examine the major trademark trends in the Chilean market. We show that both domestic and foreign filings are stable, reveal the most valuable brands in the country, and analyse the key trademark classes used for both inbound and outbound applications. Read more

With an increasingly competitive IP legal market in Latin America, law firms are having to adapt and grow their marketing activity to stand out from the crowd. While little attention has been paid to marketing strategies in the past, today sees significant investment being made to effectively cut through the cluttered IP market. This week, the <i>WTR 1000</i> research team looks at how Latin American IP law firms, big and small, have evolved their marketing in recent years.

Maximiliano Santa-Cruz is leaving his role as national director of Chile’s National Institute of Industrial Property (INAPI). In an exclusive interview with WTR, he tells us that the role of IP offices must evolve to meet the challenges of the modern world. Read more

Online trailblazers – the IP offices breaking new ground in digital services, and those falling behind

In the second of our four-part series on IP office innovation, we take a look at digital tools and services. We reveal the registries leading the way in areas including website functionality, e-filings and open data access. Read more

For the current issue of <i>World Trademark Review</i> magazine we undertook a research project to identify the IP offices most committed to value-add offerings for users. In response to the article, Maximiliano Santa Cruz, director of the National Institute of Industrial Property of Chile (INAPI), has contacted us to provide an update on how the office is seeking to foster "balanced IP systems that stimulate innovation and entrepreneurship".

The Chilean police force specialized in IP crimes has published a report covering the period from June 2009 to May 2010. Among other things, the report states that the number of actions for the enforcement of trademark and other IP rights has increased consistently.

NIC Chile, the registry responsible for managing the ‘.cl’ domain name space, has announced the implementation of changes to its registration and dispute resolution policies to bring it into line with global industry practices. These changes will come into effect on December 1 2013.

The Court of Appeal has confirmed that the losing party in a domain name dispute can be condemned to pay the costs, and that the term for executing the costs order is independent from the date of the principal judgment. Therefore, in the present case, the period for bringing the executory proceedings had not expired.

APALTA is an appellation of origin not a trademark, rules panellist

In <i>Jose Rybertt y Cia Ltda v Montes SA</i>, NIC Chile panellist Luis Felipe Claro
Swinburn has dismissed Montes SA's opposition to the registration of 'vinosapalta.cl'.
Claro Swinburn held that although Montes owns the FINCA DE APALTA mark, it was
using it as an appellation of origin, which merely indicates that its wine is
produced in the Apalta Valley in Chile.

Since 2015 the Chilean Congress has been discussing a bill that will modify the country’s legislation on pharmaceuticals. However, in the past months the bill has undergone various modifications that would severely restrict the use of trademarks in the industry. Read more

Supreme Court: trademarks must be assessed as a whole

In a significant decision, the Chilean Supreme Court has reversed a decision of the Court of Appeal in Industrial Property Cases in which the latter had rejected an opposition against the registration of the mark CALLY based on the earlier mark CALLIA. Read more

The Chilean Supreme Court has upheld the dismissal of complaints against the jointly-owned trademark ANTUMANAL, ruling out bad faith on the part of the defendant.

Franchising in Chile: a guide to enforcement and termination

This series outlines the legislative framework for franchising in nine jurisdictions across Asia and South America. In this instalment, we focus on the enforcement and termination of agreements in Chile. Read more

Two frameworks are applicable to pharmaceutical marks in Chile. The Industrial Property Law and its regulation set out the rules for the registration and use of trademarks; the Sanitary Code and Decree 3/2010 regulate the pharmaceutical product marketing authorisation procedure. Read more

In the first of a two-part series, we outline the legislative framework for franchising in nine jurisdictions across Asia and South America. Read more 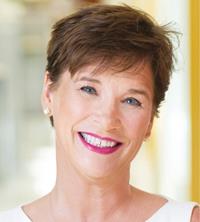