With a population of more than 20 million divided among seven jurisdictions, the Western Balkans has the potential to be fertile ground for the manufacture and distribution of counterfeit goods. Read more

With a population of more than 20 million divided among seven jurisdictions, the Western Balkans has the potential to be a fertile ground for the production and distribution of counterfeit goods. Due to its geographical location, the Western Balkans is well connected to other regions and continents. Read more

With a population of more than 20 million divided among seven jurisdictions, the Western Balkans has the potential to be a fertile ground for the production and distribution of counterfeit goods. Read more

Prior to June 2012, the Institute for Intellectual Property of Bosnia and Herzegovina applied the ‘class heading covers all’ approach when interpreting the scope of protection where class headings are used in lists of goods and services in trademark applications and registrations.

The European Commission has issued a report on the progress made by Bosnia and Herzegovina in preparing for EU membership. According to the report, some progress has been made over the past year in the area of intellectual property. Among other things, following the adoption of new IP laws, implementing regulations have also been adopted, and the IPO has continued to raise awareness of the importance of IP rights.

The new Law on Trademarks, in force as of January 1 2011, lists bad faith as one of the relative grounds for cancellation of a mark. Previously, Bosnia had only one IP law, which contained no provisions on bad-faith trademark applications. However, if the earlier mark is not in actual use in Bosnia, it will be difficult to prove bad faith, especially as the Bosnian Patent and Trademark Office has traditionally favoured local companies.

As part of the European Commission’s Enlargement Package for 2010, adopted on November 9 2010, the commission has issued a progress report on Bosnia and Herzegovina, part of which concerns IP rights. According to the report, some progress has been made with the adoption of IP laws, but the enforcement of IP rights still needs to be improved.

A public discussion on the draft Trademark Law has been held in Bosnia and Herzegovina's capital, Sarajevo. Among other things, the draft law abolishes the substantive examination of trademark applications and introduces opposition procedures. The draft law aims to incorporate the provisions of the Agreement on Trade-Related Aspects of Intellectual Property Rights and other relevant EU legislation.

The Parliamentary Assembly of Bosnia and Herzegovina has adopted five draft laws in the field of intellectual property. Among other things, the Draft Law on Trademarks abolishes the practice of substantive examination and introduces an opposition procedure. The draft laws are expected to enter into force by the end of the year. 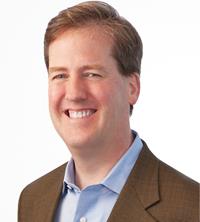