With more growth and investment, new players on the rise and rapid advancements in technology, the protection and enforcement of intellectual property has gained more importance in media and entertainment. A number of pressing issues related to this sector have come to the fore in India.

With the dilution of regulations on foreign investments in certain key areas – including the recent relaxation of norms in the broadcasting sector – the government of India has provided the media and entertainment industry with much-needed impetus for growth. The use of the latest technology in all phases of production, the digitisation and globalisation of content, the availability of multiple revenue streams, greater financial transparency and increasing corporatisation have created a paradigm shift that has seen the industry experience significant growth in India over the last decade.

With more growth and investment, new players on the rise and rapid advancements in technology, the protection and enforcement of intellectual property has gained more importance in the media and entertainment sector. Unsurprisingly, copyright and trademark rights play a central role in protecting IP rights in the industry. India had statutes for copyright and trademarks even before independence, and this legislation has been amended as times have changed. Where the legislation has been unclear, Indian courts have time and again filled the gap. Compared with patents, the protection and enforcement of copyright and trademark-related rights has been robust.

Of course, no system is perfect and, depending on one’s perspective, progress can also be viewed as regression. This is especially true today, where one faces multiple threats to IP rights, and where the policy issues being raised cannot always be resolved to everyone’s satisfaction. This chapter assesses the issues that have recently cropped up in India.

The doctrine of de minimis has been applied by the Delhi High Court as a defence for copyright infringement. The doctrine states that the “the law does not concern itself with trifles”, and has long been recognised as a common law defence, as well as a defence in criminal actions. The de minimis maxim has a significant bearing on copyright law, given the massive volume of petty copyright ‘infringements’ that take place on a daily basis, which go unnoticed.

The Delhi High Court applied the doctrine while deciding a copyright infringement suit in India Independent News v Yashraj Films Pvt Ltd. Here, a singer appeared on a television chat show, and parts of a popular song were played in the course of the singer’s interview. The alleged infringement was deemed de minimis and therefore not actionable, and in the process the court laid down five considerations for such cases:

Section 52 of the Copyright Act 1957 sets out the exceptions that have been deemed not to amount to infringement of copyright. The applicability of de minimis as a defence has been recognised in India beyond the scope of Section 52 of the act. The courts have liberally accommodated the de minimis defence, taking into consideration the end motive of the alleged infringer, despite the lack of apparent textual legislative support.

Nevertheless, there is perhaps some textual support. As is the case across the globe, copyright infringement is established when the alleged infringer reproduces the work ‘as is’, or reproduces a substantial portion of the work. Logically then, where a court concludes that the amount of reproduction in a given case is de minimis, the corollary could be that the reproduction involved was not substantial. Of course, it is important in such cases to ensure that the first of the above five principles (ie, size and type of harm) is assessed not only from a quantitative perspective, but also in terms of qualitative purpose. Future cases may clarify this point.

An action to protect intellectual property is generally directed and pursued against specific violators. Blocking injunctions come into play when an IP owner discovers infringement (or apprehends it with reasonable certainty) by infringers (or potential infringers) whose identities are not or cannot be ascertained. One form of blocking injunction that has now become popular in India is essentially a court order against one or, more typically, several internet service providers (ISPs), requiring them to implement technical measures to prevent access to websites found to be hosting or facilitating access to infringing material.

Initially, blocking injunctions were primarily used in India by broadcasters to protect their rights from infringement by known and unknown infringers. These were generally known as ‘Ashok Kumar orders’ and were first issued in Taj television v Rajan Mandal. The orders were enforced through the issuance of a blanket search and seizure directive or the appointment of police officers to assist broadcasters.

Things have moved much further than this in today’s digital world, with Indian courts regularly issuing orders to ISPs to block access to websites considered to circulate or allow access to infringing content. The issue is a complex one. On the one hand, blocking such websites at the ISP level is an efficient solution for copyright owners who face tremendous financial hardship from such infringement. On the other hand, ISPs act only as conduits to accessing such websites and are not directly to blame. The issue also more specifically relates to the scope of injunctions that may be issued – whether the remedy must be tailored to cover only particular URLs that contain such infringing content or against entire websites which may contain non-infringing material as well.

In 2016’s Eros International v BSNL, the Bombay High Court took a different stand on the nature and scope of such orders. The injunction sought in this case, among other things, was directed to prevent ISPs from infringing the copyright of a film that was scheduled to be released a few days after the date of filing the suit. The single judge denied such a sweeping order and instead allowed the rights holder to seek appropriate orders against a list of verified specific URLs within websites that contained the infringing content. One important fact was that the websites in question were also making available certain legitimate content, and the court felt that while rights holders are anxious to protect their copyright, the rights of the public should also be considered – at least, as far as the legitimate content was concerned.

Accordingly, the court allowed the blocking of certain specific URLs within websites, which went through a three-step verification:

However, these limitations do not set a precedent, given the fact that the decision was issued in an interim application only and is not binding on other high courts in India (or the Supreme Court). Further, the fact remains that URLs are much easier to create than entire websites; thus, blocking only specific URLs, as opposed to entire websites, may be worthwhile for only a few hours.

Following Eros, in Department of Electronics and Information Technology v Star India Pvt Ltd the Delhi High Court granted an injunction to block entire websites on the discovery that they would stream webcasts of a sporting event for which Star India had obtained broadcasting rights. The court specifically took into account the practicalities involved with moving pirated content across URLs and websites and, on the facts of the case, granted a blocking injunction covering several websites. The court stated that the following factors should be considered in such cases:

A reading of the above order suggests that the court was convinced of the need to block entire websites, given the history of infringing activity through such websites and the ease with which an injunction could be nullified by changing URLs. The decision is different from the Eros order on the basis that Star India involved websites that served only to disseminate illegitimate content.

Nevertheless, barring a ruling from the Supreme Court to the contrary (which is unlikely), blocking injunctions are a remedy available in India to protect IP rights in the media and entertainment industry. More importantly, Indian courts are likely to take a holistic and historical view of the extent and nature of the infringing activities of the websites in question; in many cases, the scope of blocking injunctions are likely to be based on this.

In 2011’s Booz Allen and Hamilton Inc v SBI Home Finance Ltd the Supreme Court examined the arbitrability of disputes that were in rem, holding such disputes to be inherently non-arbitrable. IP rights are obviously in rem, and the IP rights typically held in the media and entertainment industry are no exception. However, the Supreme Court recognised that this rule is not infallible and that subordinate rights in personam that arise from rights in rem might be subject to arbitration. Does that mean that IP rights and related issues are subject to arbitration? The importance of this question lies in the fact that Indian courts are now considered to be reasonably liberal in granting quick and effective orders to remedy infringements. The same is not necessarily the case with arbitration cases; hence, where infringement-related issues get tied to contractual disputes, the parties being forced into arbitration can result in the continuing use of the intellectual property in question pending adjudication of the dispute, much to the dissatisfaction of the rights holder.

In Eros International Media Limited v Telemax Links India Pvt Limited the Bombay High Court ruled that it would be very troubling to hold that all disputes dealing with rights that arise from intellectual property are “inherently non-arbitrable”. The court held that infringement is typically an issue in personam since a finding of infringement against one alleged infringer does not affect others. This was not the case with validity, since the grant or revocation of any IP right always acts in rem. Therefore, an IP dispute arising out of or connected with an agreement with an arbitration clause was nevertheless arbitrable. The court held that the arbitration tribunal had the same powers as a civil court and thus could consider IP issues, except issues surrounding their validity.

The issues covered in this chapter are obviously non-limiting, and many more are being debated both inside and outside of the Indian courts. At the very least, it is clear that Indian courts are being confronted with cutting-edge legal issues when it comes to these sectors, and the Indian judiciary certainly seems to be up to the challenge of dealing with such issues. The media industry itself is most definitely ready to take up the battle. The industry can be expected to be well equipped to tackle more issues as and when they arise in future. Given experiences so far, areas such as contract management and arbitration and technology measures require special attention. 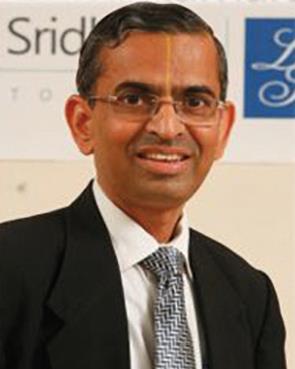 R Parthasarathy is the country head of the IP and technology law division and has been with Lakshmikumaran & Sridharan for more than 21 years. He is extensively involved in all aspects of the end-to-end IP services provided by the firm, in all areas of intellectual property. He has assisted clients in almost all fields of technology, including the energy, mechanical engineering, electrical engineering, software, chemistry, pharmacology and biotechnology sectors. Mr Parthasarathy draws from his considerable experience in litigation, having argued more than 1,000 cases in various fields of law to date. Before joining the firm, he occupied various positions in the government of India.