The WTR 1000 focuses exclusively on trademark practice and has firmly established itself as the definitive 'go-to' resource for those seeking world-class legal trademark expertise.

“Resolutely committed to excellent customer service, IP Law Galli successfully manages sensitive branding issues across Europe, Asia and the United States. It acts as an extended arm of a company’s own in-house team, provides quick, commercially oriented advice and helps its clients to achieve their goals.” It is led by one of the most prominent thought leaders and the “toughest litigator” in Italy, Cesare Galli, who “truly loves his work. He readily makes himself available, always listens and has a deep knowledge of legal precedents – all of which he combines with a swift, effective and practical approach”. Often working alongside him is the tried, tested and true Mariangela Bogni, who possesses razor-sharp advocacy skills. The pair recently represented luxury cosmetics and skincare brand Sisley Paris in a ground-breaking dispute against Amazon concerning selective distribution on e-commerceplatforms.

Founded by Cesare Galli in 2004, IP Law Galli is a boutique firm specialising in all branches of IP law (in particular patent and trademark litigation and strategies), while also covering general commercial and competition law. With its main office in Milan and branch offices in Brescia, Parma and Verona, the firm is characterised by the personal imprint of its founder, Professor Galli, who instructs a highly professional team which is able to move in a prevalently international context.

The firm has maintained its strong reputation by implementing a firmly market-oriented approach aimed at enhancing the procedural instruments in order to reach positive results in the shortest terms. The firm’s clients include large industrial groups working in the food and chemical sectors and companies operating in cutting-edge fields such as design and new technology, as well as leading firms in the fashion, mechanics, pharmaceutical and agricultural sectors.

The firm has been involved in key cases in Europe concerning all branches of IP law and often tackles cross-border problems. Professor Galli obtained the first Italian final ruling on biotech patents in 1999 and the first Italian ruling on the validity of a computer-implemented invention patent in 2004. Between 2009 and 2018 Professor Galli and Mariangela Bogni obtained landmark decisions in the patent field, particularly regarding biotech and pharmaceutical patents and patents in the chemical and electronics field.

In 2005 the firm obtained and successfully enforced the first ex parte orders ever granted in Italy for the seizure and description of secret documents and computer files stolen by former employees. Similarly, in 2006 the firm successfully handled the first Italian case concerning the protection of unregistered trademarks under the new IP Code against parasitical exploitation and lookalikes. Between 2005 and 2018 the firm secured key decisions on the extended protection of renowned trademarks, including FERRARI, BLUMARINE and BULGARI and SISLEY.

In 2011 Professor Galli successfully represented Assoluce before the European Court of Justice in Flos v Semeraro, which concerned the Italian rules on copyright design protection. In 2015 the firm obtained an important decision on geographical indications, winning protection for the EMMENTAL indications of origin and generous compensation in damages. The firm also secured key decisions in the design field for top clients Kartell and Flou in Italy and China.

In 2019 the firm obtained a landmark ruling on the protection of selective distribution systems online (Sisley v Amazon).

IP Law Galli advises clients in drafting and negotiating commercial contracts, including technology transfer, licensing, agency and distribution agreements. The firm has also advised important international publishers in the copyright field and has been chosen by prominent international companies for coordinating the strategies of defence of their famous trademarks worldwide.

Similarly, the firm advises major companies on the implementation of the new Patent Box tax regime, which in Italy includes designs and know-how (until 2017 it also included trademarks). Professor Galli has been included in the panel of experts which advises Confindustria on this issue. The firm also provides clients with specific expertise on the Chinese market, due to a wide network of correspondents in China and to its extensive knowledge of Chinese law.

The expertise of the firm and of Professor Galli has been widely recognised at both domestic and international levels. Since 2005 Professor Galli has been a member of the governmental commission in charge of revising Italian IP rules, including the implementation of the new EU Trademark Directive. Acting in this role, he played a decisive part in the 2010 reform of the code and in Italy’s participation in the Unified Patent Court and the unitary patent. In 2009 he was appointed as a member of the sub-group on the legal framework of the European Commission Counterfeiting and Piracy Observatory.

Professor Galli, Dr Bogni and other members of the firm frequently contribute to Italian and international IP law reviews and Italian financial newspapers. Professor Galli is the author of numerous publications in the IP field, including various well-known books and commentaries. With Alberto Gambino, he co-edited the Italian Commentary on IP Code and Copyright Law, published by UTET-Wolters Kluwer in 2011. 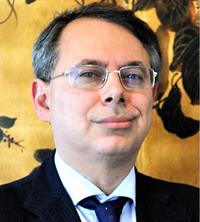