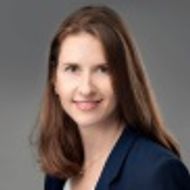 Like Aspirin, Linoleum and the Swiss brand Spantex, well-known trademarks may eventually fall victim to their own success as they turn into product identifiers despite their owners’ intentions. Companies must therefore never take the rights to their brands for granted and should take the following proactive steps to ensure ongoing protection.

According to Swiss regulations, a sign becomes free or degenerated when it gradually loses its distinctive character, to the extent that it is perceived as a generic product name rather than identifying the company behind it. Swiss practice makes a clear distinction between registered and non-registered signs, with a much more favourable outcome for the former. Indeed, a registered trademark is considered to be degenerated only if it is perceived as a free sign by all market players, including the professionals involved in its conception, manufacturing and distribution, as well as consumers. For non-registered signs, it is sufficient that the mark is perceived as a generic designation by specialists or consumers. In both cases, degeneration must be shown in the whole territory of Switzerland – namely, German, French and Italian-speaking areas. Swiss case law is extremely strict when it comes to interpreting degeneration, which is in keeping with how strictly distinctive character is assessed in Switzerland.

Degeneration occurs when there is a change in how the relevant public perceives a sign, which is generally due to the absence of reaction from the owner against third-party use of the mark as a generic term. The question is to what extent an owner must defend its trademark against degeneration according to Swiss practice. Cancellation due to degeneration is admitted if this use has never been contested without valid reason and if third parties ignore the fact that the owner continues to defend its trademark rights. As a result, it seems sufficient for the owner to regularly inform third parties of its intention to defend its mark against infringement (particularly through cease and desist letters) without necessarily bringing the case to court. This can make it difficult for a claimant in an action for cancellation on this ground to be successful. Conversion into a free sign is rare.

The consequences of degeneration can have a significant impact on a trademark. Degeneration not only means that the mark is no longer enforceable, it also means that the Swiss Institute should refuse to register or re-register the sign as it has fallen into the public domain. For example, the Federal Court has held that the sign HEILE MIT WEILE, which has become generic in relation to games, cannot be re-registered on the ground that it would have acquired distinctiveness through use, as consumers continue to perceive it as generic. While a sign that has become free could eventually be re-registered as a trademark that has acquired distinctiveness through use, this is not realistic in practice, as intensive use would strengthen its generic character rather than regenerating its distinctiveness.

For these reasons, prevention is better than cure. Trademark owners should implement good practices in order to overcome or even avoid degeneration challenges. Registering a trademark is the first bulwark against degeneration. However, before registration, use of the ‘TM’ symbol is a good start – especially when the mark appears as a word mark within a text. As soon as the mark has been registered, the owner should use the ‘R’ symbol. This provides notice that the preceding word is a trademark that has been registered with a national trademark office. Trademark owners should also include the so-called ‘all rights reserved mention’ (eg, ‘[mark] is a registered trademark that is the exclusive property of [entity]’) at the bottom of web pages and communication materials. Other methods include:

It is also crucial not to use any article before the brand.

Last but not least, trademark owners can choose which infringing use to bring legal action against but systematically send cease and desist letters to signal their intention to defend their mark. It is therefore vital to keep an eye on both the physical and online marketplace.