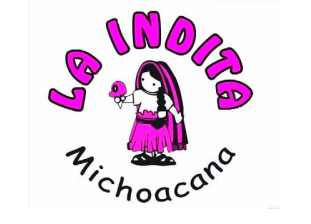 The decision to cancel the mark was based on a likelihood of confusion with two unpleaded common law marks that were the subject of subsequent pending applications by Productos Lacteos Tocumbo SA de CV:
Tocumbo originally sought to cancel LA INDITA MICHOACANA by claiming that the mark was confusingly similar to its own previously registered mark, LA FLOR DE MICHOACAN (and design), which the TTAB ultimately rejected. However, although Tocumbo was too late to amend its complaint to base it on common law rights in more similar marks, the TTAB nonetheless considered the unpleaded marks as having been tried by implied consent, and finding confusing similarity, cancelled the registration.

Trial by implied consent enables the TTAB to consider an unpleaded claim where:
In this case, the TTAB found that the issue was tried because:
Paleteria countered by arguing that there was trial by implied consent on the issue of whether its previously registered 'Indian girl' designs could serve as the basis of a claim of earlier use through tacking. Interestingly, the TTAB rejected the argument because Tocumbo had notified of its reliance on Paleteria’s claimed first use date for the mark in the registration at issue. Furthermore, Paleteria had given no indication that it would be asserting priority based on its use of the 'Indian girl' designs alone or relying on any mark other than the mark in the registration sought to be cancelled. Interestingly, the TTAB recognised trial by implied consent for one side and not the other, and this ultimately determined the outcome of the case.

Once those evidentiary issues were resolved, the TTAB went through a likelihood of confusion analysis between Tocumbo’s unpleaded marks and the LA INDITA MICHOACANA composite mark. The TTAB stated that, as to the 'Indian girl' designs, the marks were virtually identical, and the word portion of Paleteria’s mark was not sufficient to distinguish the marks, in part because ice cream is a product exhibiting a low degree of care by consumers. The TTAB also found that the term 'Michoacana' created the same commercial impression because of similar appearance and sound. The TTAB did not find LA FLOR DE MICHOACAN (Tocumbo’s pleaded mark) similar to LA INDITA MICHOACANA because “the differences in the meanings and commercial impressions engendered by the marks outweigh any similarities caused by the inclusion of the word 'Michoacana'”. Though it was not explicitly stated in the opinion, the inclusion of 'La Flor' in the mark before the operative 'Michoacana' was apparently sufficient to distinguish the marks, even if a girl may arguably be referred to as a flower.

In proceedings before the TTAB, practitioners should take care not to rely solely on procedure. As unpleaded marks can potentially be tried by implied consent, respondents should take caution to claim the earliest possible use date, including any claims based on prior registrations or use, since they may not be given leave to amend their pleadings and they may not succeed in claiming that such earlier dates were tried by implied consent. Mere assertion of prior use of a similar or related mark does not put the other party on sufficient notice that one intends to claim priority of the mark at issue based on such use and, therefore, cannot satisfy the “fairly apprised” element of trial by implied consent.
Matthew D Asbell, Ladas & Parry LLP, New York, with the assistance of JD candidates Eric Null and John Kelly