A district court has given Jack Daniel’s the go-ahead to pursue enforcement of its trade dress at trial. This early finding provides some useful pointers on secondary meaning

The US District Court for the District of Arizona recently addressed the issue of trademark and trade dress protection for products and product packaging in VIP Products, LLC v Jack Daniel’s Properties, Inc. VIP had introduced Bad Spaniels – a rubber, squeaky chew toy in the shape of a square liquor bottle. The toy depicts a spaniel on a black label over the words: “Bad Spaniels, the Old No. 2, on your Tennessee Carpet.” Its design shares many similarities with the Jack Daniel’s Tennessee Sour Mash Whiskey Old No 7 brand bottle, including:

However, VIP has included a disclaimer on the back of the product, which states: “This product is not affiliated with Jack Daniels.”

Jack Daniel’s owns US Trademark Registration 4,106,178 for its square bottle design. The description of the mark in its registration reads: “The mark consists of the three-dimensional configuration of the square shaped bottle container for the goods, having an embossed ridge or scalloped design on the neck portion of the bottle and an embossed signature design comprised of the words ‘Jack Daniel’.” Jack Daniel’s also alleged in its response that it owns trade dress consisting of a combination of the following elements:

The court noted that in order to state a trademark or trade dress infringement claim, the plaintiff must establish three elements: distinctiveness, non-functionality and likelihood of confusion.

VIP asserted that the Jack Daniel’s bottle dress and the Jack Daniel-embossed signature on the bottle design lack distinctiveness and are functional. In response, Jack Daniel’s filed a motion for partial summary judgment opposing these claims.

VIP argued that the Jack Daniel’s bottle dress is only a generic identifier of Kentucky bourbon or Tennessee whiskey, not Jack Daniel’s whiskey in particular. The court rejected this argument, noting that the bottle dress “is a combination bottle and label elements… [which] includes the Jack Daniel’s and Old No. 7 word trademarks”. Further, the court noted that in such a case, “the inquiry is not whether individual features of the trade dress are nondistinctive, but whether the whole collection of features taken together are nondistinctive”.

On the issue of functionality, the Ninth Circuit test poses four questions:

Jack Daniel’s also offered unrebutted proof that its bottle dress is not a comparatively simple or inexpensive method of manufacture, given the square shape of the bottle and the embossed Jack Daniel signature on all four sides.

As such, the court concluded that the claimed trade dress is both distinctive and non-functional, and granted the motion for partial summary judgment – enabling Jack Daniel’s to pursue enforcement of its protected trade dress at trial.

While the verdict of the full trial is awaited eagerly, this preliminary finding provides some useful indications of thinking in this area of law – in particular, when non-distinctive trade dress can be judged to have acquired secondary meaning. 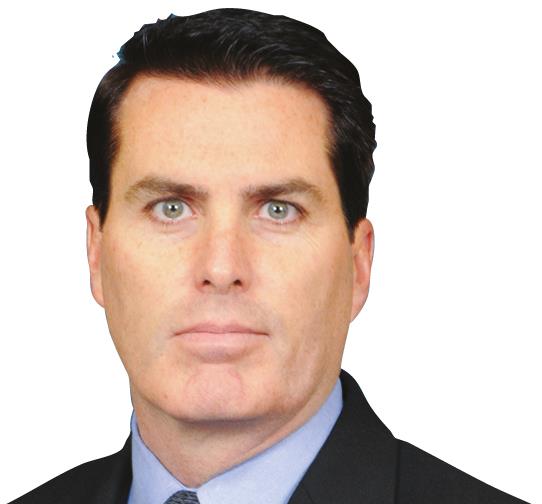 Robert J Kenney has over 30 years of experience in patent, trademark and copyright litigation, as well as trademark prosecution, counselling and portfolio management. He helps his clients to protect, profit from and enforce their valuable IP rights, including licensing and IP asset acquisition, creating and protecting trademarks, building brands and making trademarks and brands profitable.