By Yasemin Aktas and Özlem Futman

Turkey is a member of the World Trade Organisation (WTO) and a party to several international treaties relating to intellectual property, including the Agreement on Trade-Related Aspects of Intellectual Property Rights and the Paris Convention for the Protection of Industrial Property.

Pursuant to Article 6/3 of the IP Code, the owner of an unregistered mark can claim protection against an application by filing:

The rightful owner must prove that it has an unregistered prior right to the mark through comprehensive use and may claim protection for identical or similar goods or services for which use of the mark has been proven.

According to Article 6/4, owners of marks that are not yet registered in Turkey but are well-known in any Paris Convention member state are authorised to claim:

According to Article 3, the following Turkish citizens can own a trademark:

As per the reciprocity principle, real and legal persons who are entitled to trademark protection by law or de facto within Turkey can also own a trademark.

A power of attorney is, however, obligatory for:

According to Article 4: “Trademarks may consist of any signs like words, including personal names, figures, colours, letters, numbers, sounds and the shape of goods or their packaging, provided that such signs are capable of distinguishing the goods or services of one undertaking from those of other undertakings and being represented on the register in a manner to determine the clear and precise subject matter of the protection afforded to its proprietor.”

The processing time from initial filing to registration of national applications is approximately six to eight months in case of no office actions or oppositions. It can be longer for international filings.

TURKPATENT first conducts a procedural review on the accuracy and completeness of the application documents and then conducts a classification examination. If no deficiency or inaccuracy is identified, it conducts an ex officio examination on absolute grounds listed under Article 5 as follows:

In case of any office actions against the application, the applicant is entitled to respond or appeal within two months (non-extendible) of the notification date of the office action. Applicants may successfully overcome refusal decisions based on senior marks through an appeal.

Where an application passes TURKPATENT’s reviews and examinations, it is published in TURKPATENT’s Official Bulletin for two months for possible third-party oppositions. Oppositions may be based on the following relative grounds according to Article 6, as well as the absolute refusal grounds of Article 5:

Oppositions against national applications are notified to the applicants. Applicants are granted one month to respond to oppositions and invite opponents to prove use of their registered marks, Where opponents fail to prove genuine use for all or some of their goods or services, their likelihood of confusion claims based on earlier registered marks will be refused for the related goods or services without examination.

In 2020 TURKPATENT changed its practice and started notifying oppositions filed against international applications and granting the filer one month in which to respond to oppositions and invite the opponent to prove use of its marks. It is advisable for international trademark owners to keep monitoring their filings until opposition is finalised. The usual timeframe for proceedings is six to eight months, depending on examiner workload.

Parties may appeal opposition decisions before the Re-examination and Evaluation Board within two months (non-extendible) of the notification date. Once an appeal is filed by any party, the other party is notified that it has one month to respond. The usual timeframe for appeal proceedings is eight to 12 months.

Appeal decisions can be challenged by filing a court action before the Ankara IP courts within two months of notification of the decisions.

The IP Code does not require use of a trademark for its registration or renewal.

According to Article 9, if there is no justifiable reason why a trademark has not been put into use in Turkey since its registration or if the use has been suspended for an uninterrupted period of five years, the trademark will be revoked.

Other causes for revocation include:

According to Article 29, the following acts constitute trademark infringement:

Unregistered trademarks are protected under the general provisions relating to unfair competition regulated by Articles 54 to 56 of the Commercial Code. ‘Unfair competition’ is defined as: “behaviour or commercial practices that are deceptive or infringe in other ways on the honesty rule and that affect relations between competitors or between suppliers and their customers are unfair and illegal”. Among examples of unfair competition, Article 55(a)(4) mentions “taking measures to create confusion with the products, business products, operations or business of another party”.

A registered rights holder may demand determination or cessation of the infringement, as well as compensation for damages by filing a civil court action.

Claimants are usually required to deposit a guarantee amount determined by the courts according to the merits of the case. This guarantee is kept by the court until finalisation of the verdict and is refunded to the claimant unless the defendant claims and proves any losses or harm.

The defendants may request the courts to lift preliminary injunctions in return for guarantees; however, the courts mostly refuse such requests in practice.

Compensation is determined by the courts by calculating any losses incurred by the rights holder and any profits made by the infringer as a result of the infringing acts.

Criminal proceedings against infringers start with a criminal complaint by a registered brand owner before the prosecution office. Where the rights holder claims a criminal raid order, this request is examined by the prosecutor with priority and on approval the file is sent to the Criminal Courts of Peace, which have the final say on raid-order requests. On issuance of a raid order, the police conduct the raid with the participation of a representative of the rights holder.

Claimants are required to submit solid evidence for acceptance of raid-order claims, which is why pre-investigations are crucial.

The prosecutor prepares and sends its indictment to the criminal court and an action is brought on its acceptance. According to the ‘fast destruction’ process established under Article 163 of the IP Code, the prosecutor may also request a destruction order if there is a risk of damage, serious loss of value or if the storage incurs considerable expense, where the counterfeit nature of the goods is confirmed by an expert report.

Criminal court actions mostly result in fines or imprisonment. If the indictee has no criminal record, the declaration of the verdict may be suspended under Article 231 of the Code of Criminal Procedure at the indictee’s request. In such a case, the indictee will be under supervisory control for five years and the verdict will be declared if they commit another crime within that period.

The court can also decide on destruction of the counterfeit goods during the trial or at the end of the proceedings.

The courts also need to apply the reconciliation process and invite the parties to seek reconciliation before deciding on the complaint according to Articles 253 and 254 of the Code of Criminal Procedure.

Non-use as a defence

Defendants of nullification actions may invite the plaintiff to prove genuine use in Turkey of its base mark for the past five years, if the five-year use term has passed at the time of the lawsuit. The plaintiff must prove the fulfilment of the use conditions at the date of application or priority right. If use cannot be proven, the plaintiff’s likelihood of confusion claim will be rejected without examination.

Defendants in trademark infringement actions may invite the plaintiff to prove genuine use in Turkey of its base mark for the past five years, if the five-year use term has passed on the filing date of the court action. If the plaintiff cannot prove use, the case will be dismissed.

Nullification actions can be filed before the courts within five years of the registration date of the disputed mark. Bad-faith filings are subject to invalidation claims with no time limit.

Specialised IP courts exist in Istanbul, Ankara and İzmir. In other cities, the third chamber of the first-instance civil courts (or, if there are fewer than three chambers, the first chamber) handles IP litigation cases.

Revocation actions will be heard by TURKPATENT as of 2024, as ordered in the IP Code.

In the legal proceedings to be initiated against third parties by a rights holder, the competent court is located where the plaintiff is domiciled, or where the illegal action has taken place or where its effects can be observed.

According to Article 148/1 of the IP Code, trademark rights may be transferred, inherited, licensed, pledged, shown as collateral, seized or become the subject of other legal transactions.

Assignment is possible, both partial and entirely, and trademarks may be licensed exclusively or non-exclusively.

Both assignment and licence agreements must be in writing and signed by both parties before a Turkish notary or before a foreign notary, as well as apostilled and translated into Turkish. The agreement and its translation must be submitted to TURKPATENT for recordal. There is no time limit for recording the assignment or licence and it is not a statutory requirement. However, it should be kept in mind that the rights that arise from the assignment or licence cannot be held against genuine third parties unless they are recorded in the register.

According to the Article 7/3-d of the IP Code, use of an identical or similar sign as a domain name, router code, keyword, online ad or in a similar manner with a commercial impression is prohibited in Turkey.

Turkey’s ccTLD is ‘.tr’. Extension domains can be registered before the local authorities and are not subject to UDRP proceedings. Nic.tr, operating in the computer centre of the Middle East Technical University, was the authorised body in Turkey for registering all ‘.tr’ extended ccTLDs, but the Information and Communication Technologies Authority (ICTA) has recently announced that the Turkish Network Information System (TRABIS) will soon have the authority for registering and administrating domain names. TRABIS has yet to be set up, but ICTA has temporarily established some authorised bodies. Nic.tr is continuing to handle applications and renewals for certain ‘.tr’ extended ccTLDs (ie, ‘gov.tr’, ‘edu.tr’, ‘bel.tr’, ‘av.tr’, ‘dr.tr’, ‘tsk.tr’, ‘pol.tr’, ‘k12.tr’ and ‘kep.tr’) and has transferred its authority for other ‘.tr’ extended ccTLDs to the temporary bodies. There is no change in policies, rules or operation criteria for domain name applications.

It is also possible to apply to the courts directly or after the opposition process for cancellation of the contradictory ccTLDs or for blocking access from Turkey.

For the domains that are subject to UDRP proceedings, the Turkish authorities cannot grant decisions regarding ownership of the domain. However, it is possible to block access to these domains from Turkey through court decisions. 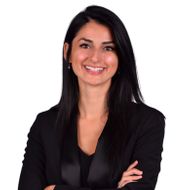 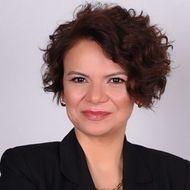