In Kistner Concrete Products Inc v Contech Arch Technologies Inc (Cancellation 92,048,733, January 25 2011), the Trademark Trial and Appeal Board (TTAB), in a 57-page precedential opinion, has cancelled a design mark that covered the product configuration of a “pre-cast concrete bridge unit for constructing a bridge or culvert” (Supplemental Trademark Registration 2,670,588) on the grounds that the registered product configuration was functional. The designation was described in the registration as consisting of “the configuration of a one-piece open-bottom bridge unit, with parallel-spaced vertical side walls connected by an arched-top wall and having sharp outside corners and a width substantially greater than its length”. 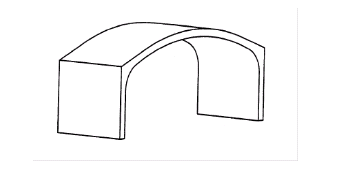 The US Supreme Court, in its 2001 decision in TrafFix Devices Inc v Marketing Displays Inc, found that prior utility patents have “vital significance” in resolving the question of functionality, because they add “great weight” to the statutory presumption that such features are functional. Here, the TTAB found that given the great weight to be accorded such evidence, the patents were sufficient to establish, prima facie, that the registered design as a whole was functional. The TTAB found that the registrant’s registered design patents, asserted by the registrant as evidence of the ornamental nature of the product configuration, could not overcome the “significant probative value” of the utility patents.

The registrant’s marketing materials also touted the utilitarian benefits of its product configuration, adding support to the TTAB’s finding of functionality. Further, the TTAB contended that the availability of alternative designs did not need to be considered, since the product configuration covered by the trademark registration was shown to be functional. Despite the TTAB’s contention that they needed not be considered, the TTAB analysed several alternative designs presented by the registrant, but concluded they did not lend support to the registrant’s position.