There are no special requirements for trademark ownership in the United Kingdom and any legal or natural persons capable of owning property in their own name can apply for and own a trademark.

The main law governing trademarks in the United Kingdom and the Isle of Man is the Trademarks Act 1994. The act implements the EU Trademarks Directive (2008/95/EC) and makes provisions in connection with the EU Trademark Regulation (207/2009).

Other relevant acts include:

The United Kingdom is a member of the World Intellectual Property Organisation and a signatory to a number of international treaties relating to trademarks, including:

Innocence is not a defence in a passing-off case, which can be established despite the defendant being unaware of the earlier mark.

The amount of use required for establishing protectable goodwill depends on a number of factors, including:

For example, a short period of trading can be offset by extensive marketing and advertising before launching a product or service.

In practice, bringing a case of passing off involves a heavy burden of proof for the claimant.

There are no special requirements for trademark ownership in the United Kingdom and any legal or natural persons capable of owning property in their own name can apply for and own a trademark.

Representation before the UK Intellectual Property Office (UKIPO) is not compulsory, but the provided correspondence address must be in the United Kingdom, another country in the European Economic Area or one of the Channel Islands. Where the applicant appoints a representative, there is no need for a power of attorney.

According to the Trademarks Act, a trademark may consist of any of the following, provided that they are capable of being represented graphically and of distinguishing the goods or services of one undertaking from those of others:

This non-exhaustive list is further extended by European Court of Justice case law, which has held that visually non-perceptible signs (eg, sounds and smells) can also constitute a trademark. Collective and certification marks are also protected in the United Kingdom.

Trademarks that cannot be protected include signs that:

Having checked that the application meets the formal requirements for filing, the UKIPO examines whether the goods and services applied for are classified correctly and whether the mark falls under any of the absolute grounds for refusal.

If the UKIPO raises any issues regarding classification or registrability of the mark, the applicant is granted two months to amend the application or comment on the issues raised.

The UKIPO also performs a search for similar earlier marks, but such search results do not constitute an objection to the application; the UKIPO merely notifies the earlier rights holder of publication of the application for a similar mark.

Once a mark has been accepted, it is published for opposition purposes. An opposition can be filed up to two calendar months from publication; this can be extended to three months by filing a formal notice of threatened opposition.

It is advisable to contact the applicant in writing before filing an opposition, as no costs are normally awarded in a successful opposition if the opponent does not give the applicant a chance to withdraw its application before the opposition is filed.

Holders of earlier rights can rely on the following relative grounds in an opposition:

An opposition by any third party can also be based on any of the absolute grounds for refusal (eg, the descriptive or generic nature of the mark).

The parties can agree to a cooling-off period, which must be requested before the deadline for the applicant’s notice of defence. The initial nine-month cooling-off period can be extended to a maximum period of 18 months.

Where an opposition is based on an earlier trademark which has been registered for five years or more at the date of publication of the opposed application, the applicant may put the opponent to proof of use of the earlier mark.

Cost awards in proceedings are capped and the UKIPO has discretion to determine the level of the award from a published scale of costs.

Where no opposition is filed, a mark usually proceeds to registration and a registration certificate is issued within four months of filing. Once registered, a trademark is valid for 10 years from the filing date and may be renewed for further 10-year periods.

A trademark can be renewed during the six-month period before it expires, or up to six months after the expiration date on payment of an additional fee for late renewal.

Renewal can be requested in relation to all or only some of the goods and services covered.

Invalidation: Any interested party can apply to remove a trademark registration in its entirety or in relation to only some of the registered goods or services, on either absolute or relative grounds.

An application for invalidation can be made at any time after registration. However, a potential applicant loses entitlement to file an invalidation application where it has consented for a continuous period of five years to the use of a registered trademark in the United Kingdom, being aware of that use, unless the later trademark was registered in bad faith.

In case of a successful invalidation, the registration is deemed never to have been made.

Non-use revocation: A UK trademark registration may be revoked if it has not been put to genuine use in the United Kingdom within five years of registration, or if such use has been suspended for an uninterrupted period of five years, and there are no proper reasons for non-use.

Where a trademark registration is revoked to any extent, the rights of the rights holder are deemed to have ceased to that extent as from the date of the application for revocation, or an earlier date if the registrar or court is satisfied that the grounds for revocation existed at that date.

Other grounds for revocation include:

Enforcement of trademark rights in the United Kingdom is predominately a civil matter. Both registered trademark and passing-off claims can be brought in the High Court (Chancery Division), as well as in the IP Enterprise Court. Judges in these courts tend to be IP specialists.

Claims at the IP Enterprise Court can be multi-track or small claims track; the track chosen has implications for the remedies available to the claimant.

Delay in making a claim may be fatal to an application for interim relief; it is generally accepted that delay of more than one month may weaken such a claim.

A case management conference is used to manage the conduct of the case in order to bring the proceedings to a trial in a manner that is proportionate to:

All cases are actively managed by the master of the High Court, but a judge may be nominated to hear the case and deal with the case management where it is appropriate due to the size or complexity of the case or for other reasons. There is no jury; the judge hears cases on his or her own. Parties must disclose the documents that they seek to rely on in the case, including documents which adversely affect another party’s or the party’s own case or support another party’s case.

The Chancery Division can grant interim injunctions, including freezing injunctions, and search orders. The remedies that can be ordered by the court include:

Groundless threats of trademark infringement are actionable by the defendant.

A variety of criminal offences are also listed in the Trademarks Act, including:

These criminal proceedings are usually brought by local weights and measures authorities, rather than the rights holder, and are used to tackle counterfeit goods.

Documents to assign or license trademarks to third parties need not be notarised or legalised in the United Kingdom. Assignment documents and licences must be made in writing and signed on behalf of the assignor or grantor. The assignee’s signature is not required, but is generally recommended.

Trademarks can be partially licensed or assigned in relation to some, but not all of the goods or services for which the mark is registered, or in relation to the use of the mark in a particular manner or locality.

Where trademarks are jointly owned, one owner cannot assign or license the trademark without the consent of the other(s).

A licence must be recorded on the register in order for the licensee to assert statutory rights and remedies in relation to infringement. Once the licence has been recorded, the licensee (unless its licence states otherwise) is entitled to call on the owner of the registered trademark to commence infringement proceedings in respect of any matter which affects its interests. If the trademark owner refuses to do so or fails to do so within two months of being called on, the licensee may bring the proceedings in its own name as if it were the trademark owner. An exclusive licence may provide that the licensee shall have, to such extent as may be provided by the licence, the same rights and remedies in respect of matters occurring after grant of the licence as if the licence had been an assignment.

Where a trademark is used under licence, this use is sufficient to prevent revocation of that mark on the basis of non-use.

There is a degree of overlap in the protection afforded to trademarks that have artistic merit. All artistic works are protected by copyright in the United Kingdom, without the need for registration, and provide protection until the end of the period of 70 years from the end of the calendar year in which the author dies.

In addition, product get-up and designs can be protected through UK design right and registered design protection where the design is new and has individual character. Design right automatically protects a design for 10 years after it is first sold or 15 years after it is created, whichever is earliest. Protection by registered design is limited to a total period of 25 years and is renewable in five-year cycles. Unlike a trademark registration, design registration does not have use requirements.

The ‘.uk’ domain name registry is Nominet UK. Nominet’s Terms and Conditions of Domain Name Registration, which apply to all UK domain names, provide that anyone registering or using a domain name in any way undertakes not to infringe the IP rights (including trademarks) of any other party, and that the domain name will not be used for any unlawful purpose.

In case of infringement, Nominet offers a standardised dispute resolution procedure – the Dispute Resolution Service (DRS). The DRS Policy, which automatically binds each registrant, provides that any legal or natural person may submit a complaint against an abusive registration. According to the policy, an ‘abusive registration’ refers to a domain name which was registered (or otherwise acquired) or is being used in a manner which takes unfair advantage of or is unfairly detrimental to the complainant’s rights in respect of a name or mark which is identical or similar to the domain name. 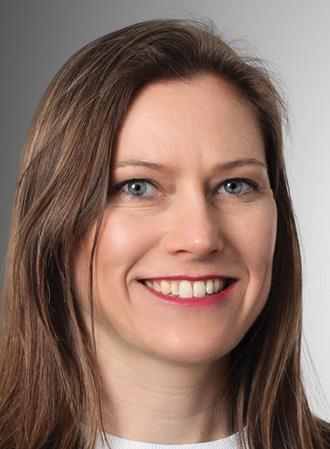 Clare Cornell is a European trademark and patent attorney. Her practice comprises trademark prosecution, maintenance, enforcement and opposition, clearance searching, portfolio management, IP due diligence and IP licensing and assignment. Ms Cornell provides a broad range of advice in high-level IP due diligence programmes, advising on all aspects of intellectual property as well as the preparation of agreements for the transfer of IP portfolios. She has assisted in multimillion-dollar IP due diligence projects during both the acquisition and divestiture of businesses, as well as coordinated multi-jurisdictional post-acquisition IP assignment programmes, and provided IP auditing services to clients that have acquired large IP portfolios, including portfolios having in excess of 1,000 rights.