Australia’s Trademarks Act 1995 states that applications must be rejected if they are substantially identical with, or deceptively similar to, a mark registered (or applied for) by another person in respect of closely related goods and services. In this guest article, Brian Elkington, partner at Adams Pluck, argues that the removal of “substantially identical” from Section 44 of the act, a move which would save time and money – lawyers’ time and clients’ money – spent in preparing arguments for or against a determination that a particular mark is substantially identical to another. A determination which, he contends, in every case is of no importance.

The purpose of this brief article is to set out the reasons why the author believes that the phrase ‘substantially identical’ is superfluous and ought to be removed from the Trademarks Act (the act).

Section 44 of the act requires rejection of an application to register a trademark if the mark is “substantially identical with, or deceptively similar to” a prior mark (other sections of the act, including section 58 and section 146, employ the concept of substantial identity but I see no reason for these to be disturbed). The premise here is that the words “substantially identical with, or” ought to be removed from section 44 as they are essentially meaningless and without substantive function.

I broached this subject perhaps a bit more obliquely some years ago, in a piece for Trademark World (July/August 2007), and nothing has happened since then to change my thinking. In my view, the purported dichotomy contained in the phrase “substantially identical with, or deceptively similar to” is not only logically stillborn but legally inert: the former because it makes no sense to choose two points along a continuum and treat them as though they represent differences in kind rather than differences in degree, and the latter because the alleged dichotomy is completely unnecessary in reaching any decision involving the comparison of competing marks. The phrase “substantially identical with, or deceptively similar to” is the logical equivalent of “this pharmaceutical should not be used by women who are about to give birth or who are pregnant”.

The above-quoted phrase from section 44 (the phrase) sets up what is essentially a false dichotomy which spuriously invites separate treatment for the two ‘categories’ which it encompasses. Decision makers on every level – from examiners to registrar’s delegates to the High Court – have solemnly quoted the phrase and studiously applied the prodigious case law which has accreted around it over the past 60 years. To my mind, this is really a waste of time.

No doubt, everyone reading this is familiar with the analysis which invariably ensues once section 44 is raised as an objection. The usual routine is this. First, the marks in question are examined to determine whether they are substantially identical. This almost invariably involves quoting Windeyer J from Shell Co v Esso Standard Oil ((1963) 109 CLR 407, 1 IPR 484) with his assertion that “side by side” comparison is most appropriate. If the marks are found to be substantially identical there is virtually never further discussion concerning whether they are deceptively similar. If it is found that the marks are not substantially identical, the decision maker always then proceeds to an analysis of whether they are deceptively similar, this time quoting further from Windeyer J or perhaps from the High Court in Southern Cross Refrigerating Co ((1954) 91 CLR 592, 1A IPR 465).

The decision as to deceptive similarity always determines the outcome in relation to the section 44 issue. Concomitantly, the decision as to substantial identity, in and of itself, never determines the outcome. It is only because all substantially identical marks are also deceptively similar that a positive decision on the former can appear to be determinative (of course, it is possible for substantially identical (or deceptively similar) marks to co-exist on the register, and many do. However, except where an application is accepted under sections 44(3) or (4), this will only happen if the goods or services are not considered the same, or similar, or closely related).

Not surprisingly, as the law under section 44 has developed over the last half-century or more, it is the concept of deceptive similarity which has become the real workhorse of comparison. To a large degree, and by necessity, the notion of deceptive similarity has been freighted with other familiar abstractions such as “similar or closely related goods and services”, “imperfect recollection” and “contextual confusion”. These intellections are employed to tease out not only the ‘merely’ literal similarities between two marks but also any confusion which might arise from the way the marks are used, applied or perceived. Rarely does analysis concerning ‘substantial identity’ involve anything more than a direct comparison of visible features of the marks themselves.

This article was originally intended to contain some paragraphs on comparative law – quoting from the laws and decisions of other countries with legal histories founded upon English precedents, as ours has been. However, upon reflection, I don’t believe that such comparisons are helpful or necessary. While it is true that the trademark laws of New Zealand, Singapore, the United States and other countries are not lumbered with this particular false dichotomy: even if they were, this fact alone would not somehow render the phrase more useful to us or imbue it with a previously undetected gravitas.

Of course, it will not be the end of the world if the powers that be decide that the inertia created by numerous judicial decisions and the weight of history militate against making any change to Australian law on the subject. However, I think it is high time that the words ‘substantially identical’ were removed from section 44, if for no other reason than to save prodigious amounts of time and money – lawyers’ time and clients’ money – spent in preparing arguments for or against a determination that a particular mark is substantially identical to another. A determination which, in every case, is nugatory.

We can live without it; and I think we should. 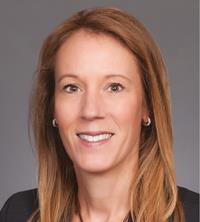