Print article
European Union
Legal updates: case law analysis and intelligence
In José Manuel Baena Grupo SA v Office for Harmonisation in the Internal Market (OHIM) (Case T-513/09, December 16 2010), the General Court has upheld an appeal filed by the holder of a registered Community design (RCD) against a decision of the Third Board of Appeal of OHIM finding that the design was invalid.
The owner of a figurative Community trademark (CTM) consisting of a sitting character filed a request for a declaration of invalidity of the RCD under Articles 25(1)(b) and (e) of the Council Regulation on Community Designs (6/2002). 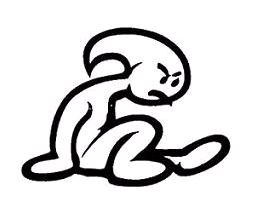 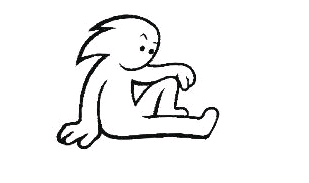 The CTM was registered for clothing in Class 25 of the Nice Classification, among other products, while the RCD was destined for use as an ornamentation for t-shirts, caps and stickers. The identity or close relationship between the products that could be identified by, or decorated with, the signs was not discussed.
The request for a declaration of invalidity was based on the following allegations:
The Cancellation Division of OHIM accepted the request under Article 25(1)(e): it considered that the RCD was invalid because it made use of the earlier CTM. However, on appeal, the Third Board of Appeal of OHIM found that the Cancellation Division had erred in declaring that the RCD made use of the earlier CTM. Nevertheless, the board held that the RCD did not possess the necessary individual character, as its overall impression on the informed user (ie, young people and children who normally buy t-shirts, hats and stickers) was not different from that of the earlier CTM. The board thus concluded that the RCD was invalid under Article 25(1)(b), in conjunction with Article 6(1).
The holder of the RCD appealed to the General Court, alleging infringement of Article 6 of the regulation. In particular, it alleged that, due to the differences between the CTM and the RCD, the overall impression of the signs on the informed user would be different. The holder of the RCD pointed out:

In contrast, OHIM and the holder of the CTM alleged that the overall impression of the signs on the informed user was the same. In this respect, they pointed out several similarities between the figures:

In addition, they alleged that the differences between the signs were only minor and did not affect the overall impression. OHIM also argued that, considering the degree of freedom of the designer in developing this type of design (Article 6(2)), the similarities between the signs were so significant that the RCD could not create a different overall impression.
Having considered the allegations of the parties, the General Court declared that the overall impression of the signs on the informed user was determined, to a great extent, by the facial expression of the figures. The court considered that, despite the degree of freedom of the designer in creating this kind of design (ie, the designer of the RCD had the possibility to create a character that was completely different from the CTM), the difference between the facial expressions was an essential characteristic that would remain in the memory of the informed user.
Furthermore, the court considered that the facial expression of the figure in the CTM, in conjunction with the position of its body (which was leaning forwards), led the informed user to think that the character was angry. In contrast, the court considered that the character in the RCD did not show any feeling, either through its facial expression or through the position of the body (which was leaning backwards). The court considered that the informed user would pay special attention to the feelings emanating from the characters.
The court concluded that, despite the similarities between the figures and the high degree of freedom of the designer of the RCD, the different facial expressions, combined with the different position of the bodies, were sufficient to create a different overall impression on the informed user. The board's decision was thus annulled.
Eduardo Vila, Grau & Angulo, Barcelona