Prince fails to protect coat of arms as CTM

In Prinz von Hannover Herzog zu Braunschweig und Lüneburg v Office for Harmonisation in the Internal Market (OHIM) (Case T-397/09, May 25 2011), the General Court has upheld a decision of the First Board of Appeal of OHIM in which the latter had refused to register a figurative sign representing the coat of arms of the House of Hanover. 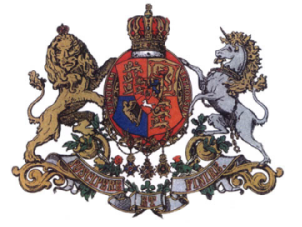 Prince Ernst August is the head of the House of Hanover and, since royal and noble titles were abolished in Germany in 1919, he is the pretender to the former thrones of the Kingdom of Hanover and the Duchy of Brunswick and Luneburg. He is also the senior male descendant of George III of the United Kingdom and great-grandson of the last German emperor, Wilhelm II.

In July 2008 the OHIM examiner rejected the application on the basis that it did not comply with Article 7(1)(h) of the Community Trademark Regulation (40/94) (now the Community Trademark Regulation (207/2009)). Under Article 7(1)(h), with reference to Article 6ter(1)(a) of the Paris Convention for the Protection of Industrial Property, trademarks containing armorial bearings, flags and other state emblems, without authorisation by the competent authorities, must be refused. The examiner found that the mark, which represented the coat of arms of the House of Hanover, was an imitation of the state emblems of the United Kingdom, which have been protected under the Paris Convention since November 1971:

As a consequence, the examiner refused the application.

On the Prince’s appeal, on July 23 2009 the First Board of Appeal of OHIM upheld the refusal and dismissed the appeal in its entirety. Prince Ernst August appealed to the General Court.

The General Court dismissed the appeal. The court stated that the aim of Article 6ter(1)(a) of the Paris Convention is to preclude the registration of trademarks which are identical to state emblems or which are, to a certain degree, similar to them. Such registration would adversely affect the right of the state to control the use of the symbols of its sovereignty and might mislead the public as to the origin of the goods for which such marks are used. The court, referring to earlier case law, held that state emblems are protected not only against the registration of marks which are identical to them or which incorporate them, but also against the inclusion in such marks of any imitation of those emblems. The court pointed out that, however, this protection does not refer to the image as such, but to its heraldic expression. For that reason, the court deemed it necessary to consider the heraldic description of the emblems at issue.

The court thus looked at the dominant elements of the signs, namely:

The court agreed with the Board of Appeal that the mark applied for was almost identical to the royal emblems of the United Kingdom. It recognised that there were some differences, but concluded that these differences would not necessarily be perceived by the average consumer who could see in the coat of arms of the House of Hanover an imitation of the royal emblems.

Prince Ernst August had contested the board’s decision on the basis that, even if the mark applied for and the state emblems of the United Kingdom were similar, special circumstances supported the registration of the coat of arms of the House of Hanover:

The General Court dismissed the Prince’s arguments. It held that the House of Hanover was not barred from using its coat of arms as a “figurative” family name and to exploit it commercially. The refusal was not discriminatory. Although the court accepted that the state emblems of the United Kingdom were developed from the coat of arms of the House of Hanover, it concluded that OHIM was nevertheless correct in refusing to register the mark. The court finally drew attention to the fact that Prince Ernst August would be in a position to seek authorisation from the UK authorities and, following authorisation, the family’s coat of arms would be eligible for registration.

The case is interesting because of its historical background and the relations between the House of Hanover and the royal family in the United Kingdom. It is also interesting to note that Prince Ernst August is the proprietor of two German trademark registrations for a wide range of goods and services showing the House of Hanover’s coat of arms, and of an international registration for the sign at issue designating Austria, Italy, Lithuania and Switzerland - all members of the Paris Convention. As far as one can draw a conclusion from the short time period between the filing dates of the German applications and their dates of registration, as well as from the WIPO online register, these applications have proceeded to registration without any ex officio objections.