The Madrid System, which is administered by the WIPO, is a cost-effective option for trademark owners who want to obtain trademark rights in many important commercial jurisdictions quickly and efficiently by securing an international registration in accordance with the provisions of the Madrid Protocol (which all Madrid members have now joined) and the provisions of the Madrid Agreement. The primary relevance of the Madrid Agreement is that trademark owners in countries that belong to both the protocol and the agreement can often pay lower official fees for extensions of protection to countries that also belong to both treaties. They can also benefit from having their extensions of protection examined within a shorter 12-month refusal period rather than the 18-month refusal period provided for in the Madrid Protocol. Only about half of the Madrid System members belong to both treaties.

How to best take advantage of the Madrid System

A trademark owner must file a trademark application in its home country (ie, where it is a national or where it is domiciled or has a real and effective commercial establishment), as that application then provides the basis for filing an international registration application under the Madrid System. The application must be filed in the applicant’s home country patent and trademark office, which examines it for formal requirements and then forwards it to the WIPO for further processing. The WIPO examines the application primarily to confirm that the goods and services are correctly specified and classified and that the requisite fees have been paid, and then issues an international registration and notifies the patent and trademark offices in the extension countries where protection is requested. The extension countries have 12 months (if the agreement rules govern) or 18 months (if the protocol rules govern) to examine the request for protection and:

In the past 10 years, commercially important countries such as Brazil, India, Mexico, Indonesia, Philippines, Malaysia and Thailand have acceded to the Madrid Protocol. However, trademark owners who want to consolidate their rights in these countries by extending their existing international registrations to these new Madrid members through the filing of subsequent designations must be careful. Some of these countries, specifically Brazil (2019), India (2013) and Philippines (2012), indicated when they joined the protocol that they will only accept subsequent designations of international registrations issued after they joined the Madrid System.

Recordal of changes in ownership

One advantage of the Madrid System is the ability to record a change of ownership by filing a single form with the WIPO that notifies the extension countries of the change. As many new countries join the system, trademark owners are finding that they have a patchwork of national filings and international registration extensions of protection for similar marks in many Madrid countries. This can create problems when recording changes in ownership because many national offices take several months to record such requests, while the WIPO usually processes them fairly quickly. As a result, the WIPO request to record a change in ownership can be rejected by a national office due to citation of national registrations for similar marks against which a corresponding ownership change has not yet been recorded by the national office. This happens frequently in China but can happen in other Madrid countries too. Trademark owners facing this risk should consult with local counsel regarding the best way to coordinate the timing of the submission of the change in ownership requests so as to avoid any refusals.

Division and merger of international registrations 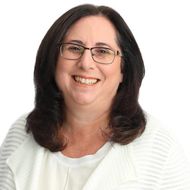