Print article
United Kingdom
Legal updates: case law analysis and intelligence
In Galileo International Technology LLC v European Union (formerly European Community) ([2011] EWHC 35 (Ch), January 20 2011), the Chancery Division of the High Court of England and Wales has dismissed an appeal by Galileo International Technology LLC against a decision of a hearing officer of the UK Intellectual Property Office.
Galileo was an Italian physicist, mathematician, astronomer and philosopher who played a major role in the scientific revolution. The case involved Galileo International, which has no connection with the great man himself, and the European Union (formerly the European Community), an economic and political union of 27 member states, which has the right to bring an action in trademark proceedings like any other party.

The court made note of the fact that no point was taken about this “somewhat unusual party”. However, the reason for this is most likely that there was a historical conflict between the parties that the court was unaware of. The conflict began in 2002 when the European Community filed a mark (below) containing the prominent word 'Galileo', to be used in conjunction with a multi-billion euro Global Navigation Satellite System project, also named Galileo (after the famous Italian), which is currently being built by the European Union. 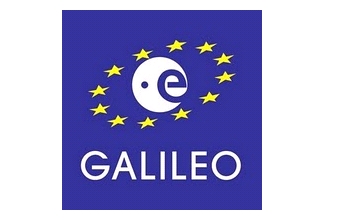 Galileo International appealed against the decision of the hearing officer to revoke one of its GALILEO word marks and partially revoke two others (registered in relation to computer hardware and computer software goods and services in Classes 9 and 42 of the Nice Classification) under Section 46(1)(a) of the Trademarks Act 1994 on the grounds of non-use.

Galileo International claimed to have used its GALILEO marks sufficiently to maintain all of the registrations and submitted supporting evidence. This consisted mainly of a large number of documents that apparently lacked clarity and specificity in relation to date, jurisdiction and the exact nature of the goods and services in relation to which Galileo International claimed the mark had been used.

The appeal was brought under Section 76 of the act and the court emphasised the fact that, according to past decisions and principles, it was reluctant to interfere in the decision of the hearing officer unless it was satisfied that an error of principle had been made. Galileo International claimed that the hearing officer had applied the incorrect legal standard to his assessment of the evidence in relation to genuine use by imposing a quantitative, rather than qualitative threshold. The court held that this was simply not the case. It could see nothing in the decision to suggest that a special standard had been applied to the hearing officer’s evaluation of the evidence. The hearing officer was simply making the best of the difficult circumstances presented by the manner in which Galileo International’s evidence was prepared, to determine the extent of the use that had been made of the mark.

Further, in relation to the two partially revoked marks, Galileo International submitted that the pleading extended only to the entire specification of goods under Section 46(1)(a) of the act. Indeed, no mention was made in the application for revocation of Section 46(5), which relates to possible revocation where grounds exist only in relation to some of the goods and services. The court commented that:

“[a]n applicant for revocation who believes that a mark had not been used at all within the relevant period in relation to any of the goods or services for which it is registered is entitled to plead that case… [I]t is for the proprietor to plead what use it had made of the mark.”

The court noted that the burden of proving use was on the proprietor under Section 100 of the act. The court further said that, in this case, Galileo International should have been well aware that all of the goods and services which had not been put to genuine use were vulnerable.

The vital importance of procedural fairness was noted and this had to be ensured in all proceedings, particularly where a hearing officer

"ventilates possible restrictions to a specification at a hearing which had not previously been addressed in writing. A party who was faced with a restriction which took it by surprise… needed time to ensure that an adequate opportunity was provided to deal with it."

Galileo International was given four weeks to suggest alternative specifications for its registrations, based on the findings; however, it failed to submit any. The hearing officer had not excluded the possibility of further evidence being adduced or of a widening of the specification.

Subsequently, the appeal was dismissed, except for what the court described as a “very limited point”, where the specification of the Class 42 registration was to be re-worded to include "consultancy in the field of computer hardware". This is unlikely to have softened the blow to Galileo International.
Richard Burton, D Young & Co LLP, Southampton