Print article
European Union
Legal updates: case law analysis and intelligence
In Wilfer v Office for Harmonisation in the Internal Market (OHIM) (Case T-458/08, September 8 2010), the General Court has held that a trademark consisting of a guitar headstock lacked distinctiveness and could not be registered as a trademark.
On April 2 2002 Hans-Peter Wilfer, a German citizen, filed an application for the registration of a figurative trademark consisting of the representation of a five-string guitar headstock for goods in Classes 9 and 15 of the Nice Classification: 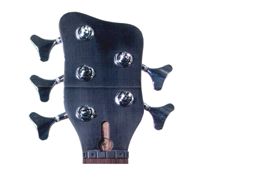 On November 30 2006 the OHIM examiner partially rejected the application on the grounds that the mark lacked distinctiveness. On July 25 2008 the Fourth Board of Appeal of OHIM affirmed, pointing out that:
Wilfer appealed to the General Court. The court upheld the board's decision and, in doing so, laid down interesting principles regarding the protection of musical instruments through trademark rights.
First, the court considered the definition of the relevant public. Contrary to the board, the court held that the relevant public consisted of:
The court then pointed out that the goods at hand are not bought on a regular basis, as they represent a long-term investment, and consumers are generally advised by a professional during such purchase. Therefore, the relevant public had a higher level of attention than the average consumer when purchasing such goods. This profile is reminiscent of that established by Community case law in cases involving pharmaceutical trademarks.
Turning to the characteristics of the mark at issue, the court held that the mark "clearly" evoked the "simplest" shape under which a guitar headstock is likely to be represented (however, the court did not provide a precise description of this 'simple' guitar headstock). The court then compared the mark at issue and the usual shapes used for guitar headstocks on the market, as provided by Wilfer, and concluded that the mark did not significantly diverge from the usual shapes used for the goods. The court further held that the mark at issue did not contain any feature that was likely to be perceived as an indication of the commercial origin of the goods. Finally, the court stated that the declaration of the editor in chief of Gitarre und Bass magazine (according to which professional guitarists recognise different types of guitars based on their headstocks) did not affect these findings, as it expressed a professional opinion and did not reflect the perception of the relevant public.
The action was thus dismissed.
Arguably, guitar headstocks should be registrable as trademarks. Guitar companies usually develop their own headstocks, which amateur and professional musicians, as well as guitar dealers, can immediately identify (this aspect was not discussed by the court). Headstocks may allow consumers to identify the origin of the instruments:
Franck Soutoul and Jean-Philippe Bresson, INLEX IP EXPERTISE, Paris