General Court drills down to registrability of colour combinations

Print article
European Union
Legal updates: case law analysis and intelligence
In Gühring OHG v Office for Harmonisation in the Internal Market (OHIM) (Joined Cases T-299/09 and T-300/09, February 3 2011), the General Court has upheld two decisions of the First Board of Appeal rejecting Gühring OHG’s appeals against the examiner’s refusal to register two trademarks made up of a combination of the colours broom yellow and silver grey (Application 6 703 581) and a combination of the colours ochre yellow and silver grey (Application 6 703 565). 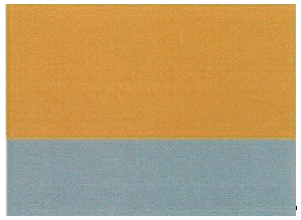 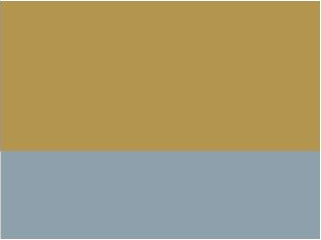 Gühring applied to register the colour marks in February 2008 for “cutting tools (machine parts)” in Class 7 of the Nice Classification. Both applications included a description stating that the respective yellow colours covered a maximum of two-thirds of the drills and that the silver grey colour covered the remainder. Both the OHIM examiner and the First Board of Appeal dismissed the applications on the grounds that they were devoid of any distinctive character under Article 7(1)(b) of the Community Trademark Regulation (207/2009).

Gühring argued that the decisions under appeal infringed Article 7(1)(b) because the marks applied for had distinctive character. In addition, Gühring claimed an infringement of procedural law, in particular of Articles 75 and 76(1) of the regulation. Under Article 75, decisions of OHIM must state the reasons on which they are based. In Gühring’s view, OHIM had failed to comply with its duty by not giving specific reasons explaining why it had departed from its earlier practice in connection with colour marks for similar goods.

The General Court dismissed Gühring’s plea by referring to its earlier decisions in VITATASTE and METABALANCE (Joined Cases T-124/02 and T-156/02). It pointed out that OHIM’s duty has the same scope as that laid down by Article 253 EC - its purpose is, first, to allow interested parties to know the justification for the measure so as to enable them to protect their rights and, second, to enable the Community judicature to review the legality of the decision. More specifically, OHIM must, in order to state the reasons for its decision:
The court held that the First Board of Appeal had complied with the above requirements in the contested decisions.

Gühring further argued that OHIM had infringed its duty to examine the facts of its own motion under Article 76(1). By failing to hold an oral hearing, the board had exceeded, in the applicant’s view, the bounds of its discretion. The General Court dismissed Gühring’s argument, holding that OHIM had before it all the information needed as a basis for the operative part of the contested decision. Under these circumstances, the board had not overstepped the bounds of its discretion by not conducting oral proceedings.


Finally, Gühring submitted that the colour combinations at hand, particularly when taking the highly specialised sector for cutting tools and drills into account, were sufficiently distinctive to enable the public to identify the goods’ commercial origin.

The General Court, in dismissing the appeal, disagreed with Gühring. It referred to the approach to the registrability of colour marks taken by the Court of Justice of the European Union (ECJ) in Libertel (Case C-104/01) and Heidelberger Bauchemie (Case C-49/02) by stating that, save in exceptional cases, colours or colour combinations, whilst capable of conveying certain associations of ideas, do not initially have a distinctive character. Furthermore, the general interest of the public must be taken into account in not unduly restricting the availability of colours for others who offer goods or services of the same type as those in respect of which registration is sought.

The General Court then looked at the present applications and found that the two colour combinations lacked distinctiveness per se and did not distinguish the colours of the applications from the colours commonly used for drills. The court agreed with OHIM that silver grey was commonly used for cutting tools. In the court’s view, the yellow colours did not contribute to the signs’ distinctiveness either. Tools are often coloured because they contain an anticorrosive coating. Furthermore, the public will perceive the yellow colours, which the court considered to be sufficiently similar to gold, as a sign of high quality. The court found that, as a consequence to the above perception, the drills’ coloured appearance was not such as to make the marks distinctive. As a result, the General Court agreed with OHIM that the public would not see the colour combinations of yellow and silver grey as indicating the commercial origin of the goods in question. Therefore, Gühring’s applications did not meet the requirements under Article 7(1)(b).

This decision is hardly surprising given the restrictive approach of both the ECJ and the General Court on applications containing colour combinations (see, eg, "Rail company's colour marks get red signal before General Court").