Court reiterates importance of graphic element in trademarks for clothing


At issue in this case was whether the trademark for which registration was sought, the word mark GOTHA, was confusingly similar to the earlier figurative trademark GOTCHA: 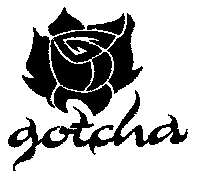 Both marks covered goods in Classes 18 and 25 of the Nice Classification.

On February 22 2008 the Opposition Division of OHIM dismissed the opposition filed by the owner of the earlier mark, finding that the marks were dissimilar from a visual, phonetic and conceptual point of view. Therefore, the conditions set forth by Article 8(1)(b) of the Community Trademark Regulation (40/94), now the Community Trademark Regulation (207/2009), had not been met. The decision was appealed to the Board of Appeal of OHIM.

On appeal, the General Court first considered the relevant public's perception of the marks. The court referred to Matratzen Concord GmbH  v OHIM (Case T-6/01), in which it was stated that "two marks are similar when, from the point of view of the relevant public, they are at least partially identical as regards one or more relevant aspects".

The General Court then mentioned a passage of the board’s decision in which the latter had stated that:

“where a trademark is composed of verbal and graphic elements, the former should, theoretically, be considered to be more distinctive than the latter because the average consumer will refer to the product more easily by saying its name than by describing the graphic elements of the mark.” (Paragraph 33).

The court criticised this finding, stating that the board had failed to explain the basis for its reasoning. The court held that, when analysing the importance of the verbal and graphic elements within two marks, it is crucial to take into account how the goods are sold in the marketplace. For example, if the goods bearing the marks at issue are usually sold in self-service shops, consumers will rely mainly on the visual impression of the marks. Therefore, the visual elements will have a greater importance. In contrast, if the products are sold orally, greater weight will be given to the phonetic similarity of the marks.

Citing New Look v OHIM (Joined Cases T-117/03 to T-119/03 and T-171/03) (Paragraphs 49 and 50), the General Court found that, in clothing shops, consumers may either choose the products themselves or ask for the shop assistant's help. Although oral communication is not excluded, consumers usually choose the product on a visual basis. The court thus concluded that, in the clothing industry, the graphic element of a mark may play a role that is at least as important as that of the verbal element. Consumers might simply look for the graphic element, without ever mentioning the verbal element of the mark.

As a result, the court found that the board had infringed Article 8(1)(b) of the regulation. The court thus annulled the board's decision insofar as it annulled the decision of the Opposition Division.
Vincenzo Melilli and Marcella Florio Bugnion SpA, Milan