Conditions for passing off satisfied in 'elephant' battle

Print article
European Union
Legal updates: case law analysis and intelligence
In Tresplain Investments Ltd v Office for Harmonisation in the Internal Market (OHIM) (Case T-303/08, December 9 2010), the General Court has upheld a decision of the First Board of Appeal of OHIM in which the latter had found that a Community trademark (CTM) owned by Tresplain Investments Ltd was invalid under Article 52(1)(c) of the Community Trademark Regulation (40/94).

On April 29 1996 Tresplain filed an application for the registration of the following figurative sign as a CTM for "rice" in Class 30 of the Nice Classification: 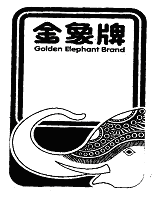 On August 5 2005 Hoo Hing Holdings Ltd (HHH) applied for a declaration of invalidity of the CTM, relying on:
It also relied on the common law right of passing off, basing the application on its use of the following non-registered figurative mark, which it claimed to have been using in the United Kingdom since 1988 for rice: 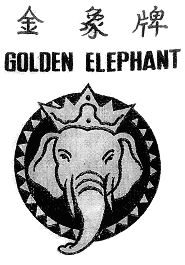 The Cancellation Division of OHIM rejected the application for a declaration of invalidity. Under Article 52(1)(c), the relevant date for ascertaining whether HHH had acquired an earlier right within the meaning of Article 8(4) was the CTM application date, namely April 29 1996, and not the date on which that mark had been used for the first time in the United Kingdom. It found that HHH had proved that it had used the earlier mark at that date in the course of trade, but the use was insufficient to generate goodwill because it was negligible in terms of market share.

HHH appealed. The First Board of Appeal annulled the Cancellation Division’s decision and declared that the CTM was invalid. The board took the view that the conditions of Articles 52(1)(c) and 8(4) were met: HHH had proved that its use of the earlier mark went beyond mere local significance within the meaning of Article 8(4), thereby demonstrating sufficient goodwill. A misrepresentation (intentional or unintentional) had occurred with a mark that bore a strong resemblance to the contested CTM and covered identical goods. Therefore, it was reasonable to conclude that HHH might suffer damage. Nonetheless, the board found that the invalidity action based on Article 51(1)(a) in conjunction with Article 5 was inadmissible as the incorrect version of the regulation was pleaded (Article 5 instead of Article 7).

HHH lodged an appeal, requesting the annulment of the contested decision in relation to the inadmissibility of Article 51(1)(a). HHH also requested that:
The General Court dismissed the action as inadmissible. HHH did not have standing to bring an action before the court, since the board had upheld its claims in their entirety.

Tresplain appealed to the General Court, requesting that the contested decision be overruled, pleading infringement of Articles 73 and 74, as well as infringement of Article 8(4). HHH requested that the board’s decision regarding the date for determining the issue of passing off be overturned such that the appropriate date be amended to be the date of first use of the CTM in the United Kingdom.

With regard to the first plea (infringement of Articles 73 and 74), the court agreed with the board that it was not necessary to establish the exact market share held by HHH. It was not of decisive importance for the purposes of the contested decision. The court found that Tresplain’s argument regarding market share had no basis in fact, with the result that the first part of the first plea was rejected.

With respect to the second part, namely infringement of Article 73, the board was not obliged to hear Tresplain’s assessment of the matters of fact and of law on which it chose to base its decision. Therefore, the second part of the first plea was rejected.

With regard to the second plea (infringement of Article 8(4)), the court held that the mere fact that HHH’s market share was very small in comparison with the total amount of rice imported into the United Kingdom was insufficient to justify a finding that the rice sales were below the de minimis threshold. The court found that it was very unlikely that the level of growth in rice sales under the earlier mark after the application date of the contested CTM would have occurred without the presence of goodwill generated from the business at that date. The evidence provided by HHH showed genuine and serious business activity involving importation into the United Kingdom, and sales to Chinese and Thai food establishments of specialised types of rice under the mark.
The court further found that it was highly unlikely that a customer of HHH would notice the differences in the designs of elephants, but would believe that the contested CTM was merely a variation on, or an amended version of, the earlier mark. It observed that the word element of the marks at issue were highly distinctive for the goods in question, was imaginative and in no way descriptive of rice. Overall, there was an inevitable risk that HHH’s customers, when confronted with rice described by a mark containing the same word element and the design of an elephant’s head, would attribute the commercial origin of that rice to HHH, despite the differences in the elephant designs.

The court also found that the board had not carried out an explicit analysis of the differences between the elephant logos, although the board did find that there was a "marked visual resemblance". The court agreed with this stance in view of the presence of the identical word element in English and Chinese, and the presence of the design representing an elephant’s head.

The court further concurred with the board that it was inevitable that consumers who had been exposed to the earlier mark would identify the rice sold under the contested CTM with the rice distributed by HHH. In view of the identical nature of the word element and the fact that the figurative element in the marks at issue was an elephant’s head, confusion in the marketplace was highly likely. Therefore, the court found that the board was right to find that there was misrepresentation, and it was not necessary for HHH to adduce evidence of specific instances of confusion.

As the goods in question were identical, the court found it likely that a significant number of HHH’s customers would consider rice sold by Tresplain under the contested CTM as coming from HHH. Therefore, the court found that there was a likelihood that HHH would lose sales as a result of consumers buying Tresplain’s rice by mistake. As a result, the second plea was rejected.

With regard to HHH’s request regarding the date for determining passing off, the court found that the board was correct to take the view that the relevant date for which HHH had to prove that goodwill had been acquired was the date on which the CTM application was filed. Therefore, this request was denied. Furthermore, HHH tried to introduce new pleas under Article 51(1)(a) and 51(1)(b). However, these were rejected by the court as inadmissible as they were not new matters of fact.
It is not surprising that the court upheld the board's invalidity decision, as the three conditions of passing off were satisfied. However, this case confirms that, if new pleadings are included when a case is brought before the court, careful consideration should be made by the parties as to whether these pleadings are relevant.
Triona Desmond, Squire, Sanders & Dempsey (UK) LLP, London