Community design for watch on lanyard held to be invalid

Print article
European Union
Legal updates: case law analysis and intelligence
The General Court has issued its decision in Sphere Time v Office for Harmonisation in the Internal Market (OHIM) (Case T-68/10, June 14 2011), which involved a registered Community design intended to be used for watches on a lanyard. 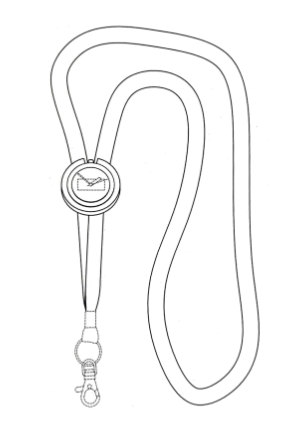 The design, registered by Sphere Time, had been held to be invalid by both the Invalidity Division and the Third Board of Appeal of OHIM following an application for invalidity filed by Punch SAS.
In support of its claim that Sphere Time’s design was not new and lacked individual character within the meaning of Article 4 of the Council Regulation on Community Designs (6/2002), Punch had submitted watch designs by Fuzhou Eagle Electronic Co Ltd and Great Sun Technology Corp. While the Invalidity Division relied on the design of the former company, the board found that Sphere Time’s design lacked individual character based on the design of the latter company (the SYMBICORT design, shown below).

As Sphere Time was not the creator of the SYMBICORT design, the date to be taken into consideration was the date on which Sphere Time had filed its application for the registration of its design.
On this basis, the General Court concluded that the shipping invoices provided by Punch were sufficient to demonstrate that the SYMBICORT design had been disclosed to the public, within the meaning of Article 7 of the regulation, prior to the date on which Sphere Time had registered its design. The fact that the invoices in question were copies issued by a competitor (who obviously had an interest in having Sphere Time's design declared invalid) did not mean that the invoices could not be taken into account. There was no reason to cast doubt on the credibility of the invoices as:
With regard to individual character, Sphere Time claimed that the board had wrongly concluded that its design produced the same overall impression as the SYMBICORT design on the informed user. Sphere Time argued that the informed user, as referred to in Article 6(1) of the regulation, was a professional (who would look closely at the specific character of a given lanyard), and not an ordinary consumer. In contrast, the General Court held the informed user to be both a professional buyer (who distributes watches to end users), and the average consumer. The fact that the board did not mention professional buyers did not affect the legality of its decision, as it was sufficient that the designs in question produced the same overall impression on one of the two groups of users.
In addition, Sphere Time claimed that:

Therefore, the board had not erred in its assessment of the designer’s degree of freedom.
Sphere Time also claimed that the representation of the SYMBICORT design submitted by Punch did not provide a basis for concluding that it had a lanyard allowing the watch to be worn around the neck, as the loop connecting the lanyard was not depicted. However, the General Court stated that the graphic representation of a prior design should not be examined in isolation and exclusively. Based on the graphic representation of the SYMBICORT design and the text on the invoices supplied by Punch, it could not be denied that the function of such a lanyard was to allow an object to be worn around the neck. Despite the incomplete graphic representation, the board had correctly held that the SYMBICORT design did entail a lanyard allowing the watch to be worn around the neck.
Having compared the overall impression produced by Sphere Time's design (taking into consideration the lanyard, the watch and the two concentric rings around the edge of the watch) and the SYMBICORT design, the General Court concluded that the two designs produced the same overall impression on the informed user. Hence, the board had correctly found that Sphere Time's design was invalid due to lack of individual character within the meaning of Article 6 of the regulation.
Finally, the General Court dismissed Sphere Time's argument that the board had misused its powers. The court pointed out that the concept of misuse of powers refers to cases where an administrative authority uses its powers for a purpose other than that for which they were conferred on it.
Based on the above reasoning, the General Court held that the comparison between the two designs carried out by the board was a sufficient basis for its decision. The General Court dismissed Sphere Time's action in its entirety and upheld the board's decision.
Christian Kragelund and David Telyas, Gorrissen Federspiel, Aarhus