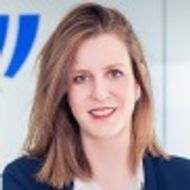 Nigeria is the seventh most populated country in the world and Africa's largest economy, with a gross domestic product estimated at $508 billion. The country produces oil and gas and is continuing to grow in other sectors (eg, agriculture, telecommunications and services). However, Nigeria still follows the 1965 Trademarks Act and the 1967 Trademarks Regulations, which are outdated and lack the rules to meet the existing needs of local and foreign trademark owners in the jurisdiction. Fortunately, this looks set to change. In 2018 there was a public reading before the National Assembly of the Federal Republic of Nigeria of a bill to repeal the current Trademarks Act and provide a comprehensive law on trademarks. The bill now appears to be on its way to coming into force – this article focuses on the most important changes it would introduce.

Elimination of the division between Parts A and B

Under the current act, the register is divided into Parts A and B, in which the former is for trademarks that are inherently distinctive and the latter is for ones that acquire distinctiveness through use. This division is impractical as no split takes place in practice at the register. The new act would eliminate this separation.

Under the current act, a ‘trademark’ is defined as a sign that may include colour and aspects of packaging. This is extremely narrow and does not allow for colour and packaging protection. The new act would therefore expand this definition.

The updated Trademarks Act formally defines Nigeria as a signatory member of the Paris Convention, the Agreement on Trade-Related Aspects of Intellectual Property Rights and the Nice Classification. In addition, it would empower the minister of trade and investments, under Section 57, to make regulations to enter into other agreements and international treaties, which includes the Madrid system. Being a signatory member of the Paris Convention means that priority applications would be formally accepted and that well-known marks would be recognised.

Currently in Nigeria, trademarks are valid for seven years and may be renewed for 14-year periods thereafter. The new Trademarks Act determines that trademarks would be valid for 10 years and could then be consecutively renewed for periods of 10 years. There would be a grace period of six months – a change from the current three months – to renew a trademark following its expiration.

The bill expands the range of acts that constitute trademark infringement under Section 28.

Other improvements and amendments

Under the new regime, trademark applications would now have to be accompanied by a statement of requirement of use. In addition, the bill sets out provisions with regard to border enforcement measures and use of a mark online. Moreover, there are provisions to protect collective marks and amendments with regard to certification marks. Finally, associated and defensive marks would be eliminated.

Overall, the provisions would regulate the expansion of the rights of local and foreign investors and create more effective mechanisms for the protection of marks, which would nearly certainly lead to an increase of foreign investments in Nigeria.