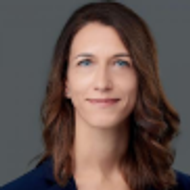 In a move showing major progress towards the enhanced protection of geographical indications (GIs), the Federal Council proposed to the Swiss Parliament the ratification of the Geneva Act of the Lisbon Agreement on appellations of origin (AOs) and GIs, which would involve amending the Trademark Protection Act.

Often neglected and not considered to be IP rights, recognition for GIs has nevertheless grown over the past few years. Article 22.1 of the World Trademark Organisation’s Agreement on Trade-Related Aspects of Intellectual Property Rights (TRIPs) defines ‘GIs’ as “indications which identify a good as originating in the territory of a Member, or a region or locality in that territory, where a given quality, reputation or other characteristic of the good is essentially attributable to its geographical origin”. Some well-known GIs include Darjeeling tea, Scotch whisky and the Eiffel Tower symbol.

Within this category, Article 2 of the 1958 Lisbon Agreement states that AOs satisfy the additional requirement that “the quality or characteristics of which (the product) are due exclusively or essentially to the geographical environment, including natural and human factors”.

Contrary to a trademark, a GI does not serve to distinguish one product from another, but rather identifies its geographical origin. It can therefore be used by anyone who is located in the subject place and produces goods in compliance with the prescribed standards.

The main purposes of protecting these names is to prevent them from becoming generic or misused, which could not only harm the local producers through unfair competition, but also mislead consumers as to where the goods come from.

Although the way of protecting GIs differs significantly from country to country because of political and economic issues, positive steps are being made to harmonise legislation through multilateral agreements, the latest of which is the 2015 Geneva Act.

Switzerland already has sui generis rights in place. There is a national register of around 40 protected GIs and AOs related to agricultural products, which are registered with the Federal Office for Agriculture. Non-agricultural products can be registered with the Swiss Federal Institute of Intellectual Property (IPI). Further, wine designations are protected at cantonal level. Since 1 January 2017, two Federal Council ordinances are in force to regulate the use of the term ‘Swiss’ for watches (ie, the so-called ‘Swissness’ legislation) and Swiss indications of source for cosmetic products. As of the same date, these names can be registered as geographical trademarks, as governed by Articles 27a et seq of the Trademark Protection Act. Foreign geographical names, which enjoy equivalent regulations in their home country, can benefit from this protection too. That said, only five Swiss geographical trademarks are registered today, which is most likely due to their limited scope of protection in comparison to that afforded by collective or guarantee trademarks.

In respect of the protection of Swiss GIs beyond its borders (ie, in export markets), Switzerland is part of several bilateral and international agreements. The Swiss indications listed in these agreements may only be used if they comply with Swiss law.

The ratification of the Geneva Act would further ease Swiss GIs’ protection abroad. This treaty has been in force since 26 February 2020. It enables accession to the Lisbon Agreement by certain intergovernmental organisations (including the European Union and the African Intellectual Property Organisation) and the international registration of GIs and AOs. The Geneva Act and the Lisbon Agreement together form the Lisbon System.

In practice, it is possible to seek protection in all member states of the Lisbon System through a single registration procedure with WIPO. This means that rights holders do not have to submit separate applications in each country, resulting in reduced formalities and costs. Similar to international trademarks, international GIs can be refused protection ex officio or by third-party opposition based on prior rights. For Swiss GIs, it will be necessary to file the application with the IPI. Further, a Swiss registration will be a prerequisite for international applications.

In terms of defence, the contracting parties to the Geneva Act must provide legal means to prevent any misuse or imitation of an internationally registered GI or AO. This is in line with Article 22.2 of the TRIPs Agreement, which states that “in respect of GIs, members shall provide the legal means for interested parties to prevent (a)  the use of any means in the designation or presentation of a good that indicates or suggests that the good in question originates in a geographical area other than the true place of origin in a manner which misleads the public as to the geographical origin of the good; (b)  any use which constitutes an act of unfair competition within the meaning of Article 10bis of the Paris Convention.”

Several court decisions recently ruled in favour of GIs, which were found to be unlawfully evoked through the registration or use of similar names. These include the Queso Manchego and Glen (Scotch whisky) cases decided by the Court of Justice of the European Union last year and the UK High Court of Justice’s June decision, which sided with Prosecco. These decisions are all the more reason to consider GIs at the clearance stage, as international registrations can be searched through the Lisbon Express Database.

In Switzerland, the Federal Council’s ratification proposal is to be examined by Parliament in a few months. If it is approved, the ratification instrument should be deposited with WIPO in mid-2021. The Geneva Act will then come into force three months later.

It is hoped that more countries will sign up and thus strengthen the protection of their traditional products and foodstuffs, which not only belong to their cultural identities but are also economic assets.