Uniform Domain Name Dispute Resolution Policy (UDRP) case filings at WIPO continued their upward momentum, with 3,074 cases handled by its Arbitration and Mediation Center in 2017. While the rise was less pronounced than in previous years, the figure sets a new record. Worryingly for rights holders, the number of domains covered in these filings rose at a much faster rate, hitting a historical high.

That UDRP filing levels continue to rise makes logical sense – the new gTLDS rollout continues, providing an expanded universe for infringement to occur. However, the reality is more nuanced. While cybersquatting disputes relating to new gTLDs accounted for more than 12% of WIPO’s 2017 caseload (6,370 domain names), as an overall percentage, new gTLDs were less of an issue. In 2016 they accounted for 16% of cases. By contrast, actions in ‘.com’ jumped by 27% year-on-year and now represent 70.23% of disputed domain names.

Additionally, last year, the top 10 TLDs in terms of case numbers were evenly split between legacy and new gTLDs, yet this year the balance skewed towards legacy TLDs. The most notable trends were the fall of ‘.xyz’ from second place to tenth, and the aforementioned spike in ‘.com’ UDRP cases (from 3,135 in 2016 to 3,997 last year). The top 10 for 2017 consisted of:

The real story for brand protection specialists is that the actual number of domains involved in these filings leapt considerably. Year-on-year, the jump to 6,370 domain names involved in UDRP filings at WIPO was a staggering 18.8% (in 2016 the 3,036 filings centred on 5,354 domain names). Scrutinising the figures dating back to 1999 only one year has come close – in 2013, 6,191 domains were targeted in UDRP actions.

On the one hand this is an indication that filers are taking a canny, cost-effective approach to UDRP filings. In 2016, the average number of domain names cited in a UDRP action was 1.76. This year it rose to 2.07. On the other hand, the figures suggest that the universe of targeted infringing domains is growing at an increasing rate.

As to the most impacted industries, banking and finance (12% of all cases), fashion (11%), internet/IT (9%) and heavy industry and machinery (8%) led the way. Food, beverages and restaurants, biotechnology and pharmaceuticals, electronics, entertainment, and retail each accounted for 6% each. In almost one-third of banking/finance-related cases filed in 2017, complainants asserted fraud, phishing or scam, the highest rate among all business sectors. Meanwhile, in more than one-third of fashion-related decided cases filed in 2017, alleged counterfeiting was at the heart of the dispute.

As for the company’s filing UDRP complaints, Philip Morris again took the (unwanted) top spot with 91 cases (up from 67 in 2016). The top 10 filing parties were:

Six of the top ten - AB Electrolux, Lego, Michelin, Philip Morris, Sanofi and Virgin Enterprises – featured in the 2016 list of top filers, highlighting the financial burden cybersquatting imposes. Taking Philip Morris as an example, if every filing involved 10 domains and was heard by a single panellist, in WIPO fees alone the company will have paid $31,600 over the past two years. If involving five domains per claim, that figure would be $47,400 (or $126,400 for three panellist hearings).

As we have noted previously, overall these figures paint just one part of the picture with respect to online infringement. These statistics relate only to cases filed at WIPO, which is one of a number of UDRP providers (albeit the major one), and highlight filings rather than successful actions. A spike in filings may also not represent a rise in infringement – it may be a result of increased vigilance on the part of brand owners.

However, the picture is a worrying one in either case. It suggests that the use of infringing domains is on the rise or – even if it isn’t – trademark owners are seeing the need to direct more budget towards fighting cybersquatters. Neither is particularly good news for brand protection specialists. 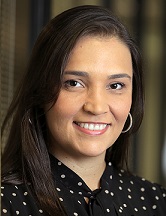