Italy: Do we need a vaccine against influencers?

ATAWAD is notthe name of a mythological creature or a salutation in some exotic language – it is the acronym for ‘anytime, anywhere, any device’, which is used to reference the consumer habit of accessing online content, information and marketplaces as and when the consumer pleases. This tendency has become the norm among millennials and digital natives in particular, and has affected the ways in which brand owners reach out to consumers.

Indeed, while the effectiveness of traditional advertisements is diminishing, pervasive and often veiled advertising over not-so-new media continues to thrive. To date, an image of the singer Selena Gomez holding a bottle of Coca-Cola is the most-liked Instagram photo of all time. It is no wonder then that she allegedly charges around €500,000 per sponsored Instagram post (although Coca-Cola’s sponsorship was not disclosed in the famous post).

Italian brands and influencers are no different from their overseas counterparts. In fact, Italy is the birthplace of one of the original figures in influencer marketing. Milan-born, Los Angeles-based Chiara Ferragni has over 10 million followers on Instagram and helms a website that enjoys worldwide popularity. The Milanese influencer can promote anything from clothing and five-star hotels to mass-market products (she is a Pantene global ambassador) and her marketing campaigns have a global reach.

What is an influencer?

Users’ trust is at the heart of the seemingly friendly relationship between influencers and their followers. An influencer will nurture this trust by alternating branded and unbranded content in order to create the appearance of a private, personal account. Occasionally, the influencer will post a photo of a home environment which casually shows the brand that he or she is wearing, using or eating, followed by a recommendation for it.

The practice of posting online endorsements without proper disclosure of the connection between the endorsing party and the underlying brand has attracted the interest of the Italian Antitrust Authority (AGCM).

The AGCM recently took a position on this issue and is now investigating influencer-marketing practices carried out on social media.

In particular, it has sent moral suasion letters to various major influencers and the brand owners whose trademarks have been endorsed without any obvious indication as to the advertising nature of the material. Pursuant to the Consumer Code, advertisements must be clearly recognisable to consumers, even when they are delivered via social media. Influencers should not lead consumers to believe that their posts are unsolicited when, in fact, they have been paid to promote a specific brand.

The EU Audiovisual Media Services Directive outlines the AGCM’s supervisory and sanctioning power, which applies to publishers and television only. The directive does not qualify social media networks as publishers. Therefore, the AGCM can rely only on its so-called ‘soft’ power and must emphasise that it will sanction such conduct as soon as it is possible to do so.

Responsibility falls on the European Union to amend the directive to include social networks. However, with no deadline to complete this, the process remains ongoing.

The Senate has also approved an order paper which commits the government to regulate “the activities of web influencers, allowing consumers to identify sponsored contents”. The order recalls a US Federal Trade Commission decision that stems from a 2014 Warner Bros online marketing campaign. It identifies seven rules that advertisers should follow in their social media campaigns:

However, order papers merely advise the government, which is free to decide when and how it will put such orders in place.

The Istituto dell’Autodisciplina Pubblicitaria (IAP) – Italy’s advertising standards authority – has also published the Digital Chart IAP on this issue. The chart explains how bloggers and celebrities should publicise their commercial collaborations with brand owners and provides analytical guidance on the proper means of disclosure for every type of digital commercial communication to ensure that these are recognisable to the public.

In the legislative vacuum that surrounds influencer marketing, the Internet’s biggest players (eg, Facebook and Amazon) can play a key role. However, their focus remains – legitimately – on generating new business from influencers, rather than policing existing activity.

Amazon is experimenting with its Influencer Program – an initiative that will enable online stars to sell the products that are sponsored on their social media channels through Amazon, thereby earning directly from their followers’ purchases.

In turn, Instagram has announced the launch of a specific label that identifies sponsored posts. Users will see the term “paid partnership with” in posts that the content creator has made in collaboration with an advertiser.

Although Instagram’s proposal focuses more on transparency than business, it remains plagued by the same weakness as all of these other laudable initiatives – it is on a voluntary basis only. Influencer marketing relies on the open secret that the influencer is biased. Acknowledging such bias may spoil the game and any party which profits from influencer marketing is unlikely to risk this source of income voluntarily.

Despite the lack of governance, influencers are not the newcomers of advertising that they pretend to be.

An archeological search of the Internet reveals that the first fashion blogs began to appear online in early 2003. These were amateur websites with clunky graphics, few images and secret-diary styled posts on niche new products or dream lists of accessories.

Due to the accelerated growth of the Internet, popular fashion bloggers were soon invited past the velvet rope. In 2009 the famous street fashion photographer, Scott Schuman, declared to GQ that Dolce & Gabbana received “a humongous amount of press… ‘Look, we brought the bloggers in and gave them the front row. Look at the dancing-monkey bloggers!’” He then added: “I could barely bring myself to sit down.”

The power of online influencers was well established in the fashion industry and the marketing model began to spread to other sectors (eg, cosmetics, cars and food). Today, influencers can be found handing out supposedly unbiased recommendations for any kind of product on any online device.

Technological advancement shows that once something is online, it is no longer new and that if it entails a problem, this should be addressed immediately.

However, the authorities are struggling to keep up with innovation. Brand owners should at least maintain one basic rule when engaging with new forms of advertising: if it has been paid for, it is an ad and if it is an ad, consumers must be made aware of this.

Once the legal system turns its attention to dealing with a new problem, the phenomenon has usually already developed and is often no longer new. In fact, sometimes it is no longer even relevant. Superstar influencers with millions of followers have lost that friendly relationship and have become the media themselves. A post on Ferragni’s Instagram account is tantamount to a 30-second clip broadcast during the Super Bowl or the Eurovision Song Contest and her followers know that.

The issue is no longer that a select group of happy individuals can influence many people, but rather that a large number of micro-influencers can affect millions of consumers worldwide on all aspects of daily life through any conceivable media. This may include scenarios such as a young mother who suggests to her 2,000 followers the best infant formula that, coincidentally, has been gifted to her by a manufacturer; or a car enthusiast who praises the quality of a car soap produced by a company which has provided him or her with a lifetime supply.

In this ever-changing context, one rule of thumb should inform any decision: advertisements must be clearly recognisable to consumers. All influencers – whether Rihanna or the next door neighbour – should not lead consumers to believe that their posts are not solicited when in fact they are. Deep-pocketed and easy-to-sanction brand owners should ensure that this rule is always enforced. The legislation may be late to the game, but it is better to be on the safe side when it eventually arrives. 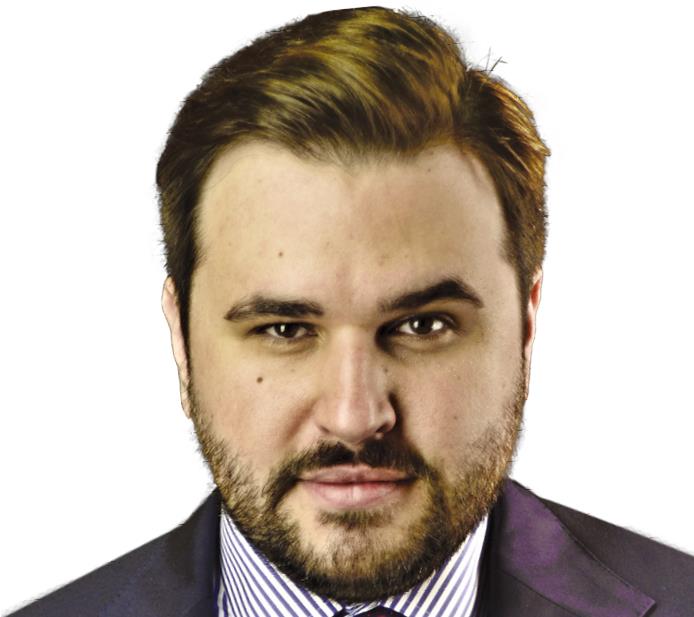 After graduating in law from Luiss Guido Carli University in Rome, Andrea Cappai undertook a postgraduate course in IP law that brought him to Beijing, where he worked for an international IP firm based in China. At Bugnion SpA, Mr Cappai is a member of the firm’s internet department, as well as the China desk.