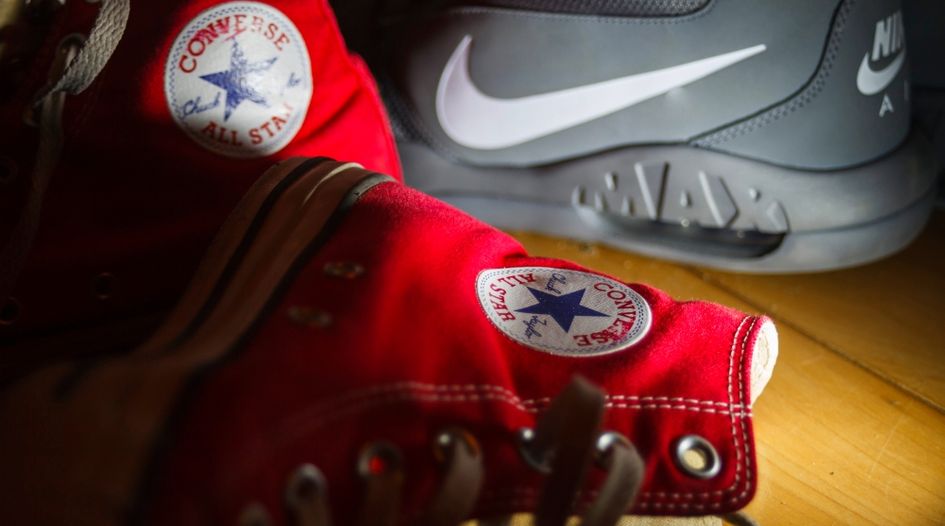 Nike has settled a custom-sneaker lawsuit against a former employee and his company. Nike and Converse brought the suit against Jeffrey Waskowiak and KickRich LLC on 19 July 2021 in the District of Oregon, accusing the defendants of trademark infringement, dilution, false designation of origin and unfair competition in connection with their alleged practice of “reselling Nike and Converse products that have been materially altered in ways that the brands have never approved or authorized”.

The plaintiffs also claimed that the altered footwear falsely affiliated them with other brands. For example, Nike included images of shoes that the defendants promote as the “Custom Prime Nike Air Jordan 1”, which it claims “falsely affiliates Nike with Amazon” by mashing up an authentic Nike Air Jordan 1 shoe, adding a “custom leather lined tongue made from Amazon Prime bubble mailer packaging” and new metal eyelets, and then “applying Amazon Prime branding in multiple locations on the upper right next to the signature Nike Swoosh design”.

In addition, the plaintiffs claimed that the defendants “make and sell laser cut and digital download ‘shoe patterns’ that allow others to make fakes for several of Nike’s iconic and trade-dress protected footwear styles, including the Air Force 1, the Dunk, and the Air Jordan 1”. Essentially, the plaintiffs alleged that the defendants’ customers “purchase these patterns to make their own fake Nike uppers bearing the famous Swoosh design and other protected trade dress”.

Lastly, the plaintiffs alleged that the defendants have created confusion in the marketplace by including the plaintiffs’ vintage logos and slogans, as well as references to Waskowiak’s prior employment as a Nike footwear developer, which suggests authorisation. The plaintiffs not only sought monetary damages but also injunctive relief.

On 10 December 2021, the parties filed a proposed judgment that named Nike and Converse as the “exclusive owners” of a number of trademarks and trade dress (including the design of the uppers), entered a permanent injunction against KickRich for infringing and diluting Nike and Converse’s trademarks, and for using false designations of origin through its practice of “promoting, offering for sale, and/or selling the products” bearing those marks. Interestingly, KickRich “may offer and promote customisation services of genuine Nike and/or Converse products pursuant to the terms of the Parties’ settlement agreement”.

Given that the settlement agreement is confidential, it is unknown what KickRich is permitted to do when providing said customisation services. It would not be surprising to find that it is enjoined from customising Nike and Converse sneakers to include third-party branding, and further is not permitted to sell any patterns to the footwear. It may also be possible that KickRich is permitted to alter the footwear in a way that is not material and therefore permissible under the First Sale Doctrine. However, until KickRich launches its website, the true parameters of customisation available are purely speculation.