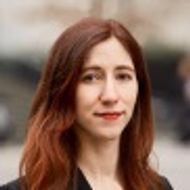 Major amendments to Canadian trademark law took effect on 17 June 2019. Although five years had elapsed between when the amendments were first passed and the date that they came into force, many trademark owners and practitioners – both domestic and foreign – are still exploring the implications today. One such change is the new requirement that all goods and services be categorised according to the Nice Classification system.

In particular, new and pending applications filed before or after 17 June 2019 must be grouped into Nice classes before their advertisement; current registrations must be grouped around the time of their renewal. Interestingly. the Canadian Intellectual Property Office (CIPO) has the final say with respect to the grouping and its final decision is not subject to appeal. This raises two questions:

On the one hand, categorising claims into Nice classes will not affect the scope of rights enjoyed by an applicant/registrant. The amended law clearly states that confusion between two marks or between a mark and a trade name only arises if use of both in the same area would likely lead to lead an inference that the associated goods or services have a common source  “whether or not the goods or services are of the same general class or appear in the same class of the Nice Classification”. Similarly, it appears that non-use cancellation challenges will remain focused on the actual goods or services claimed in the registration, without regard to their grouping.

However, grouping into Nice classes may have a negative impact with regard to:

Under Canada’s amended law, fees for filing applications and renewing registrations are now generally assessed according to the number of classes implicated. Cost-conscious trademark owners will want to ensure that CIPO does not ascribe too many classes – perhaps due to malleable goods or services descriptions that could fall into multiple classes – which leads to an increase in costs without a commensurate expansion in the scope of rights acquired.

Similarly, if an owner is party to a co-existence or settlement agreement proscribing use or registration of its mark in a specific class, it should be careful to ensure that CIPO does not ascribe this class to its application or registration. In such a scenario, although a claim for breach of the co-existence or settlement agreement may be unlikely, that technical breach may still have implications, including for representations and warranties that owners are often called to make under standard lending agreements or otherwise.

Grouping under the Nice Classification system has no legal impact on a trademark owner’s rights in Canada. However, owners of pending applications and registrations will want to pay attention to the classes that CIPO ultimately ascribes to their goods or services, as this decision may affect costs and/or create a technical breach of pre-existing co-existence or settlement agreements.