Mexico: No specific legislation, but stricter prosecution criteria are applied

As confusion over pharmaceutical marks could affect public health as well as patient safety, a stricter examination process is applied to these marks

While the Mexican Industrial Property Law includes no specific provisions to regulate pharmaceutical trademarks, in practice stricter criteria apply to the prosecution of a trademark application related to a pharmaceutical or medical preparation.

The rationale for this is that confusion over pharmaceutical marks could affect public health, as well as patient safety. Consequently, a stricter examination process is employed to prevent the registration of confusingly similar marks and to avoid coexistence in cases where this might risk confusion by association.

Mexico requires trademarks to be registered in order to enjoy protection. While users of unregistered marks do benefit from certain rights, it is never a good idea to rely solely on these – especially in the pharmaceutical field.

Article 88 of the Industrial Property Law defines a ‘trademark’ as “any visible sign that distinguishes goods or services from others of their same type or class in commerce”.

In addition, Article 89 provides that any of the following may constitute a trademark: “I.- Denominations or visible devices sufficiently distinctive to identify the goods or services they intend to cover, from others of the same class or type; II.- Three-dimensional shapes; III.- Commercial names and denominations or corporate names; IV.- The name of an individual, as long as it does not lead to confusion with a registered mark or a published commercial name.”

Given that the law defines a mark as a visible sign, it seems logical that protection cannot be granted to non-visible signs (eg, sounds, scents or textures). Conversely, not all visible marks are registrable. Visible signs such as holograms – which could function as a source of indication – cannot be protected as trademarks since Article 90 expressly excludes figures or three-dimensional (3D) shapes which are animated or expressed in motion.

3D shapes – which are considered to be non-traditional marks or trade dress in many jurisdictions – are fully protected in Mexico as trademarks without the need to prove secondary meaning or acquired distinctiveness, provided that they are distinctive per se. In view of this, pharmaceutical manufacturers could apply to register the shape of a jar of pills with a label or distinctive cap, or even just the shape of the pill. However, in order to qualify for protection, the shape must be distinctive, non-functional and not determined by its technical nature.

Some pharmaceutical companies have chosen to adopt and register trademarks that could be seen as being suggestive or descriptive (eg, including elements such as ‘flu’ or ‘relief’). However, applications for such marks will likely be refused by the Mexican Institute of Industrial Property (MIIP). Even if a registration is obtained, the scope will be weak when it comes to suing for infringement; further, such a mark would be vulnerable to cancellation for being confusingly similar.

The standard criterion for registration in Mexico is inherent distinctiveness. In other words, secondary meaning and acquired distinctiveness are not recognised.

The World Health Organisation has coordinated international non-proprietary names (INN) since 1953. Under this system, every pharmaceutical drug or active ingredient is assigned a generic name by which it is known internationally. The intention is to avoid confusion by creating a special vocabulary which is globally understood. The names are made public and cannot be registered as trademarks.

In addition to including non-distinctive or highly suggestive elements, pharmaceutical companies may be tempted to adopt marks that include or closely evoke an INN. Although the Industrial Property Law does not specifically deal with such situations, in practice an application for a mark that includes an INN or a similar term can be refused based on two sections of Article 90:

Article 90.- It shall not be registered as a mark:

II.- The technical or commonly used names of products or services for which the protection of the mark is sought, and also those words that in daily use language or trade practices have become the usual or generic designation of said products or services.

IV.- Denominations, figures or three dimensional forms that, considering their characteristics, are descriptive of the goods or services intended to be protected as a trademark.

The above applies as well to descriptive or indicative words that in trade help to designate specie, quality, quantity, composition, destiny, value, place of origin or production time.

While a strict reading indicates that these provisions apply only to marks that are identical to an INN and not to those that merely suggest one, in practice the MIIP generally refuses to register evocative marks based on the fact that they are descriptive or may mislead consumers as to the nature of the products.

Likelihood of confusion and three-letter rule

The General Health Law established the so-called ‘three-letter rule’, which requires a minimum difference of three letters between commercial names of pharmaceutical preparations in order for them to qualify for a health registration. Although the Industrial Property Law does not include this provision and the article which contained the three-letter rule was revoked, examiners at the MIIP and at COFEPRIS still de facto apply it.

However, despite this practice prospective rights holders would do well to remember that there is no legal basis for the rule and it should not apply to subjective matters such as an evaluation of likelihood of confusion. When answering a preliminary refusal based on likelihood of confusion, it is thus advisable to argue based on principles such as analysis of the mark as a whole versus a part of it, or the sophisticated and specialised nature of the goods at issue.

Public health is a priority area, so it is unsurprising that the legal framework for pharmaceutical preparations is extensive. In order to introduce a pharmaceutical preparation onto the market, a manufacturer must first obtain a health registration from the Federal Commission for the Protection against Sanitary Risk (COFEPRIS) – a decentralised part of the Department of Health with technical, administrative and operational autonomy. Such a registration must include the product’s commercial name and the artwork used in connection with it.

Unfortunately, the MIIP and COFEPRIS do not share the same database. Consequently, it is not unusual for a manufacturer to obtain a health registration permitting the use of a commercial name from COFEPRIS, but to have a trademark application for that same name refused by the MIIP, or vice versa.

The general rules for obtaining authorisation for a commercial name from COFEPRIS are nearly the same as those set out in the Industrial Property Law for trademarks. Laudatory terms such as ‘plus’ or ‘max’ are permitted, provided that the mark includes other distinctive elements.

Article 128 of the Industrial Property Law establishes that a trademark must be used as registered, without changes that may modify its distinctive character.

This provision is highly subjective and, unfortunately, there is no specific rule to determine when the mark has been altered due to changes in distinctiveness.

In view of this, before incorporating new elements or discontinuing use of a mark as registered, it is important to discuss with counsel whether it is worthwhile trying to obtain a registration for a new version of the mark – even if the new elements are not themselves distinctive (eg, ‘plus’ or ‘max’).

If the manufacturer decides to go ahead with this, it is vital to update its health registration at COFEPRIS, since any variation to the product’s authorised commercial name or artwork may be considered to be infringement.

Consent documents and coexistence agreements are generally not admitted by the MIIP – a practice that has been confirmed by the courts. Given this, global agreements executed by pharmaceutical companies may not be recognised.

In addition, a common strategy used by pharmaceutical companies is to file for registration in the name of the local branch or several entities. However, this may fall foul of Mexican practice, since the MIIP will generally refuse to register marks incorporating similar elements as a preliminary matter.

Even if consent documents were admissible, the coexistence of marks incorporating the same or similar elements is not recommended, since this dilutes a mark’s distinctiveness, allowing the possibility that unrelated parties could obtain protection for similar elements.

Consequently, marks incorporating identical or common elements should be filed in the name of the same entity. This strategy should help to avoid unnecessary expenditures and delays when obtaining protection. In addition, it should help to reinforce the mark’s distinctiveness when it comes to asserting rights against infringing third parties.

In an ideal scenario, a pharmaceutical company would have the same trademark for the same drug or preparation in all the countries in which it does business. However, this may be affected by various factors. Trademark clearance plays an important role. The main sources to consider are the MIIP’s database and that held by the World Intellectual Property Organisation, since Mexico is a signatory to the Madrid Protocol and in some cases designations for Mexico may take months to appear in the MIIP database.

Regardless of whether the applicant decides to file directly in Mexico or through the Madrid System, local practice should be taken into consideration when determining whether the proposed mark is registrable under domestic provisions and criteria.

Finally, prospective applicants should approach local counsel to discuss the timing and regulations for which COFEPRIS is responsible, since the health registration involves approval of the commercial name, which is also subject to a trademark application. 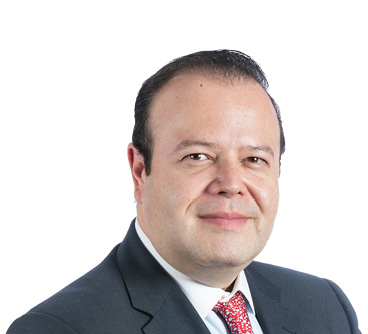 Gerardo Parra obtained his law degree in 1998 from the Universidad Panamericana, Mexico. He also holds a postgraduate qualification from the same university and graduated with honours from the John Marshall Law School, Chicago, where he obtained an LLM in IP law. He works in the trademark department of Uhthoff, Gomez Vega & Uhthoff and is fluent in Spanish, English and Italian.