Making use of the comprehensive defence of a product's appearance

If a single subject matter can be defended in a comprehensive way through various types of IP right, it seems logical to use such an opportunity. However, rights holders do not always objectively assess the availability of such actions and therefore find themselves in difficult situations. Thus, registering the appearance of a product solely as a trademark or as an industrial design may become a reason for conflict with other rights holders in future.

A striking example of the adverse consequences of registering subject matter in a single field of intellectual property was the opposition case between companies Masan Rus Trading and Virosko-N. On 27 August 2003 Torgovyi Dom Virosko, whose successor became Virosko-N, filed an application for the registration of a 3D trademark in the form of a plastic bottle in an original form for use in Classes 29 and 30 (eg, tomato paste and mustard). The Russia Patent and Trademark Office (Rospatent) subsequently granted a protection certificate.

On 28 August 2003 Masan Rus Trading filed an application for the registration of a utility model in the form of a shutter for a vessel and on 1 September 2003 the company sent an application for protection of an industrial design, which depicted a plastic bottle in an original form. As a result, two registrations were obtained: Utility Model No 34505 and Industrial Design No 56267. 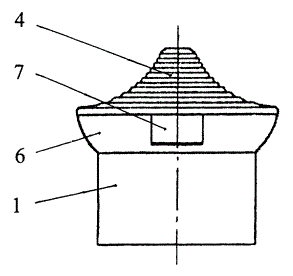 Thus, the companies officially obtained the rights to use visually identical subject matters. However, both organisations were manufacturing and packaging a homogeneous product (sauce) in them.

Virosko-N appealed to the court to stop the infringement of its trademark rights and to prohibit all actions related to the use of the disputed subject matter. The first-instance court was satisfied with the statement of claim. However, the Court of Appeal cancelled the decision and justified the position on the grounds that both companies owned the registered IP subject matters. The court held that the purposes of the subject matters did not coincide, as the trademark was used to distinguish a product and the industrial design was a new technical and artistic design solution, which in this case was used to package the product. The parties used the disputed subject matters for different purposes; therefore, there was no violation of the plaintiff’s rights.

The Court of Cassation supported these conclusions and clarified that Masan Rus Trading had lawfully used the registered intellectual property, which belonged to it. “Therefore, in the case of the use of an invention, an industrial design or a utility model cannot be carried out without violating the exclusive rights of another owner, the latter may apply to the Federal Executive Authority on Intellectual Property with a statement on an early termination of the patent for the invention, the utility model or the industrial design” (see the Resolution of the Federal Arbitration Court of the Moscow District, 16 November 2005, KG-А40/10077-05).

The courts’ position suggests that in the event of a so-called ‘crossing of defence’ with the rights of another IP owner, it is first necessary to contact Rospatent with a statement disputing the legal protection granted.

It is worth noting that the current legislation does not permit the simultaneous registration of subject matter where there is likely to be a crossing of defence with respect to different applicants. Thus, according to Paragraph 9(3) of Article 1483 of the Russian Civil Code of the Russian Federation: “The designations shall not be registered as trademarks, if they are identical to: ... the industrial design, the correspondence mark, the rights to which have arisen earlier than the priority date of the trademark being registered.” Regarding industrial designs, the legislature also points out that the registration of subject matters that are identical to those that have already been registered are prohibited (Paragraph 5 of Article 1352 of the Civil Code). However, the availability of such provisions does not prevent a possible conflict of such rights. Because of this, the regime of the comprehensive legal protection of subject matter used by the courts seems to be justified.

The advantages of the comprehensive registration of subject matter as various IP rights are as follows:

In conclusion, if the comprehensive registration of a single subject matter as various forms of IP right is possible, then this way of defending the rights holder’s interests may be the most fully fledged and logical.