Q: What have been the highlights for the firm over the past 12 months?

A: We are proud to say that GLP has been involved in multiple litigation cases concerning large global companies. These cases have allowed us to test our competencies in negotiations and opposition proceedings in foreign jurisdictions. As a result, we have acquired considerable knowledge in numerous commercial fields, ranging from technology and clothing to food. Further, we won a high-profile case before the Italian Patent and Trademark Office with regard to the counterfeiting of a famous board game, which had a fair amount of significance in Italy. Thanks to our hard work and ever-growing vision, we were awarded 16th place in the list of top filers at the EUIPO, up 29 places from the previous year.

Q: The firm has been an active adopter of new technologies, developing the first ever mobile app to consult the European and Italian regulations on intellectual property in one place. How and why was the tool developed?

A: GLP is doing its utmost to keep up to date with the latest news in IP matters (eg, jurisprudence, practice and developments), as well as general global news. We noticed that IP practice was rapidly changing, along with clients’ and IP players’ needs. The GLP app was subsequently created – with a brand new version recently released – to provide access to European and Italian rules on patents, trademarks and designs in the easiest and quickest way possible. As an example, you can simply type ‘priority’ in a search field and will immediately have access to all regulations relating to this term, with the possibility to add personal notes as well.

Q: How effective do you feel measures implemented by the Italian Patent and Trademark Office and the EUIPO to minimise the impact of covid-19 have been, and do you expect some new practices or ways of working to be retained?

A: The measures implemented by both offices mainly affected timings and deadlines. Specifically, the EUIPO extended deadlines, while the Italian IP office suspended them. This meant that there were different systems for calculating new deadlines, with the Italian system adopted through an act issued by the government concerning deadlines of a different nature.

However, these measures helped in many ways, considering that both clients and IP firms often found it difficult to maintain previous levels of efficiency. The duration of the suspension and extension periods did not pose an issue, and these were correctly prorogated considering that different countries were affected by covid-19 at different times. It appears that no new practices have been retained, nor has there been a lasting impact on IP players.

Q: In terms of the EUIPO landscape, what has been the most significant decision or development over the past 12 months?

A: The EUIPO has issued many interesting decisions in the past 12 months, including Adidas and Kitkat. However, we consider the 2019 EUIPO decision in relation to US fast food chain McDonald’s to be worth attention, as it provided some important criteria regarding the assessment of proof of use. In this case, McDonald’s lost its rights in the word mark BIG MAC in Classes 29, 30 and 42 as it failed to prove its genuine use of the mark in a cancellation action filed by well-known Irish restaurant chain Supermac. The filed evidence (ie, three affidavits signed by internal McDonald’s representatives regarding the sale of Big Mac products in Germany, France and the United Kingdom, brochures and advertising material, and extracts from the official McDonald’s websites and UK Wikipedia page) was not considered to be sufficient as it failed to prove that products bearing the Big Mac brand were the subject of commercial transactions as there was no relative evidence of actual sales.

Q: If you could make one change to the EU filing landscape, what would it be?

A: The decisions on trademark registrability handed down by the EUIPO at times appear to be heavily influenced by the examiner, meaning that some judgments can be out of keeping with previous ones. It is true that the EUIPO should not be bound to previous decisions, but the EU principles of ‘protection of legitimate expectations’ and ‘legal certainty’ should be kept in mind. In this way, applicants can anticipate the EUIPO’s actions and assess the chances of a successful application. Therefore, less subjectivity in examiners’ judgments would be desirable. 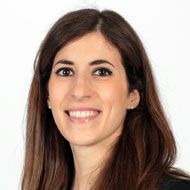 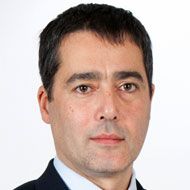 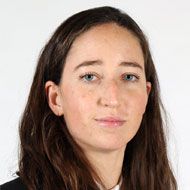