The UK’s Advertising Standards Authority (ASA) ruled this week that IP advice and registration platform Trade Mark Direct (TMD) cannot claim to be the country’s ‘leading’ or ‘number one’ trademark firm. The decision could lead to a major shift in how firms market themselves in the UK, claims the founder and director of TMD.

The ASA ruled on the allegedly misleading marketing of Trade Mark Direct this week following a complaint by IP law firm Stobbs IP. Specifically, the firm took issue with Trade Mark Direct’s website claiming that it was the “UK’s No.1 Trade Mark Service”, “the UK’s leading trade mark advice and registration company” and “the no.1 firm in the UK”, as well as a statement on the site which stated: “We file and register more UK trade mark applications than any other firm as we have done in each of the last 3 years. This makes us the no.1 firm in the UK”. Stobbs IP disputed these claims, saying it “understood that Trade Mark Direct Ltd had registered fewer trademarks than some competitor firms”, meaning that the statements appeared to be “misleading” and questioned whether they could be substantiated.

In its response to the complaint, Trade Mark Direct acknowledged that many sources of UK trademark filing data – such as the Chartered Institute of Trademark Attorneys (CITMA) 2016 review – did not list them as a leading filer. However, it explained that this was because CITMA’s top filers list relied on firms providing their own name under the ‘address for service’ section of a UK trademark application, and that Trade Mark Direct rarely puts its own name in this section. The company added that its own analysis of the UKIPO’s registry data confirmed that it had filed more trademarks than any other leading firm in the years 2011 to 2016. Outside of filing data, it also submitted web traffic which it claims shows that the company "received more visitors, more unique visitors and a longer average duration than their nearest two competitors”, demonstrating, TMD claims, that “they had sold more trademarks than those competitors”.

In its assessment, the ASA agreed with Stobbs IP’s original complaint. It asserted that CITMA’s top filers report cannot be deemed accurate when it comes to identifying the leading trademark filers are in the UK due to its reliance on the 'address for service' section. The ASA added, however, that TMD’s own data is also not sufficient to substantiate filing claims (although did accept the data demonstrated more marks had been filed than any firm with reported data in the CITMA survey). Furthermore, the ASA found that web traffic evidence was “insufficient” in demonstrating which entities had registered the most trademarks. “The evidence provided by Trade Mark Direct was not adequate to substantiate the claim that they had registered the most trademarks in the UK, we concluded that the ad was misleading,” the ASA concluded, ruling that the marketing must not appear again in its current form.

Talking to World Trademark Review, Trade Mark Direct founder and director Mark Kingsley-Williams expressed disappointment with the ruling – but was clearly more frustrated that the issue was taken to the ASA in the first instance. “Stobbs IP contacted us about the basis for our marketing claims in around March 2017 and we explained why, contrary to what appeared in the CITMA filing survey, Trade Mark Direct does file more UK trademarks than any other firm according to the data available,” he explained. “Unfortunately, they were unwilling to accept this assurance and so filed the complaint with the ASA.”

Looking at what the ruling could mean in a wider context, Kingsley-Williams claims that it means there is now no industry standard when it comes to UK trademark filing data, which means IP firms should reevaluate how they market themselves. “The implication from the ASA ruling is that no trademark firm should make claims as to their relative volume of UK filings without having a more reliable data source for all UK firms than the CITMA survey or other that is similarly derived,” he argues. “The only entity that knows for sure how many trademarks are filed by each firm is the UK IP office, either from contact email, email domain, or perhaps from payment source (if they track this). However, for all sorts of reasons they probably won't want to release this or otherwise get involved. This means that no firm should be able to make such marketing claims without a more reliable data source – a finding that was obviously not anticipated by anyone. In fact, it would not have been brought about if Stobbs IP had not acted as they did. Taking this form of legal action means, then, that Stobbs IP introduced risk and unintended consequences to the detriment of the entire sector.”

In response, a representative from Stobbs IP tells World Trademark Review that it has no regrets in filing the complaint to the ASA (in fact, this is the second such move by the firm to the ASA, with a similar complaint decided last month). “We advise brand owners to look out for a wide range of issues relating to their brand, reputation and intellectual property – this includes any suspected false or misleading advertising claims,” explains Stobbs IP trademark attorney Lewis Whiting. “As a brand, Stobbs has to do the same. Obviously, when a company offering trademark services in the UK makes a claim like this that appears to be unsupported, we should use the ASA to address it. [Ultimately], the ASA reached their decision based on lack of supporting evidence for the claim; it is incumbent on any advertiser to be able to support any superiority claims such as this with evidence. [We] consider any business in the UK that seeks to attract clients by using misleading advertising to be a real problem, especially in a regulated industry such as the trademark profession where clients are buying legal services.”

Kingsley-Williams has confirmed that Trade Mark Direct will appeal the finding through an independent review mechanism, so it appears this increasingly bitter dispute will continue. But for now, UK law firms – or firms that advertise trademark filing figures in the UK – should review their marketing in light of this decision. 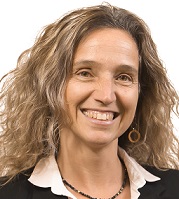