Italy: Is change afoot in Italy?

Recent European and Italian decisions in opposition cases seem to suggest a change in the approach to the evaluation and relevance of the relevant public, in particular in relation to pharmaceutical preparations. While this new trend might well turn the current practice upside down, the reasons behind it are still not entirely clear.

In many cases, pharmaceutical trademarks are composed of:

In view of the public’s high level of attentiveness, even descriptive trademarks were considered sufficiently distinctive, while minimal differences between two conflicting trademarks (even where the goods were identical) were sufficient to exclude confusion. Under certain conditions, the same reasoning was applied to fanciful trademarks for pharmaceutical products. While there were exceptions, it was generally agreed that this was a settled approach.

However, things have changed dramatically in the last couple of years. In an increasing number of decisions, the high level of attentiveness of the public either has not been considered or has had limited influence on an assessment of the likelihood of confusion.

The first hint of change was apparent in the EU opposition case BIOCEF/BIOCERT (Case R 1030/2010-4). In 2011, the Board of Appeal of the former Office for Harmonisation in the Internal Market (now the EU IP Office (EUIPO)) ruled out any likelihood of confusion between the mark BIOCERT and the earlier BIOCEF in Class 5. It also found that: “The level of attention of the professional public will be high. The level of attention of general consumers varies depending on the type of pharmaceutical product to be purchased. Attention will be higher for pharmaceuticals under medical prescription or those which need professional surveillance. Consumers are likely to have a high degree of attentiveness in this regard as the prescription implies a therapeutic necessity… Consumers will moreover show a heightened degree of attentiveness in relation to pharmaceutical products which are sold without prescription, since also non prescriptive pharmaceuticals affect the state of health.”

However, in 2014, when the General Court (Ninth Chamber) ruled again on this same case, it confirmed that:

in the circumstances, the relevant public should on any view be regarded as likely to display a higher than average degree of attentiveness, even with regard to pharmaceutical products that can be purchased without prescription… Similarly, the fact that an end consumer could possibly obtain on the Internet a medicinal product sold without prescription, without the advice of a pharmacist or physician, is not such as to lower that consumer’s degree of attentiveness when purchasing such goods… In the light of the foregoing, it is appropriate to uphold the Board of Appeal’s finding that the average consumer shows a heightened level of attention when choosing pharmaceutical products.

However, it also found that this heightened level of attention was not sufficient to exclude a finding of confusion: “In those circumstances, and given the identical or similar nature of the products, the average degree of distinctiveness of the earlier mark as a whole, it must be held that there is a likelihood of confusion between the marks at issue, even if the public has a heightened level of attention” (paragraph 60).

Thus, while the degree of attentiveness was found to be high, this was insufficient to overcome a risk of confusion, even though the marks at issue were based on weak elements (in this case the prefix ‘bio’) and had visual or phonetic differences. The Board of Appeal’s decision was thus overturned and the General Court rejected the contested mark in Class 5.

More recent EUIPO decisions, such as STREXIB/TREXIP (Opposition B2527987, April 29 2016) and BEDELIX/BETULLIX (Opposition B2422296, April 25 2016), gave little weight to the public’s level of attentiveness. While it was acknowledged that the level was high, this was insufficient to prevent a likelihood of confusion.

While the EUIPO’s approach is not binding, it will surely influence national offices.

The Italian Patent and Trademark Office (PTO) seems to have followed this trend since it started. In a previous article on pharmaceutical trademarks (World Trademark Report Issue 47, February/March 2014, “One swallow doesn’t make a summer”), we analysed ALSA/ALSAMED (Opposition 448/2011, July 25 2013), in which the Opposition Division confirmed the likelihood of confusion between two conflicting marks on the grounds that the products that they denoted were aimed at the general public, whose level of attention is average.

Since then, the Italian PTO has adopted an even more drastic approach.

Apart from a few isolated exceptions (eg, MEDIFLOR/DELIFLOR, Case 235/2012, March 13 2014, where the PTO examiner considered that the specialised nature of the pharmaceutical products and the high level of attention of the relevant public were sufficient to exclude any likelihood of confusion), the Italian approach is now to consider pharmaceutical trademarks in the same way as trademarks pertaining to any other industrial sector. It does not matter whether pharmaceuticals may affect a consumer’s health or whether, at a certain point in their long journey from producer to end consumer, there are interventions by professionals (eg, a physician or pharmacist); the end user is still considered to be the general public, whose degree of attentiveness is no more than average.

Therefore, even in the case of weak or descriptive trademarks with only partial similarities, there is now considered to be a likelihood of confusion.

This was demonstrated by the PTO’s decision in COVERAM/COREVAS (Opposition 166/2012, April 10 2014), where the examiner maintained that:

The examiner in CEVAFLOX/VERAFLOX (Opposition 191/2012, July 16 2014) took a similar approach, stating that: “as far as the public’s level of attentiveness is concerned, the presence or intermediation of a medical professional is of no relevance.” The examiners found that there was a risk of confusion in both cases in view of the similarities of the goods and signs. The oppositions were upheld and the contested applications rejected.

If this new trend becomes more widely adopted, it may soon be the case that highly descriptive marks (ie, those incorporating INNs or indications of active ingredients or characteristics) will be enforced against similar subsequent trademarks, even if these marks have visual and phonetic differences which were previously considered sufficient to exclude a likelihood of confusion.

The relevance of the public – which once played a crucial role in assessing distinctive character and the likelihood of confusion with regard to pharmaceutical trademarks – could soon lose its power. What remains unclear is whether it is the nature of the relevant public that has changed or only the perception of it on the part of these offices. 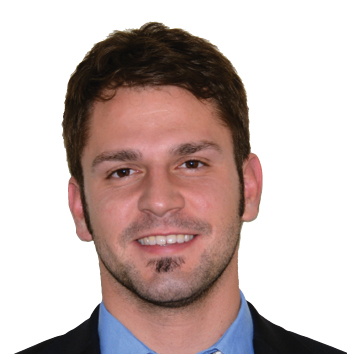 Luca Colombo joined Bugnion SpA’s Milan office in 2011. He studied foreign languages at the University of Pavia and began his professional IP career shortly after graduating. Mr Colombo is a registered European and Italian trademark and design attorney. His practice focuses mainly on trademark issues, including search projects, filing, and prosecution and enforcement, but he also deals with design, copyright and domain name issues for both foreign and domestic clients. 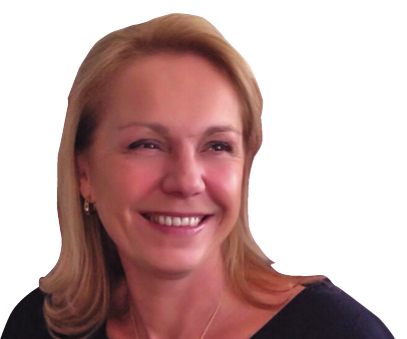 Donatella Prandin is a partner at Bugnion SpA. She graduated in law from the University of Milan and joined the firm in 1991. Ms Prandin is a registered European and Italian trademark and design attorney with extensive IP experience. Her practice covers trademark, copyright, design and domain name issues.